Nordstrom shares soar 20% after announcement it might go private 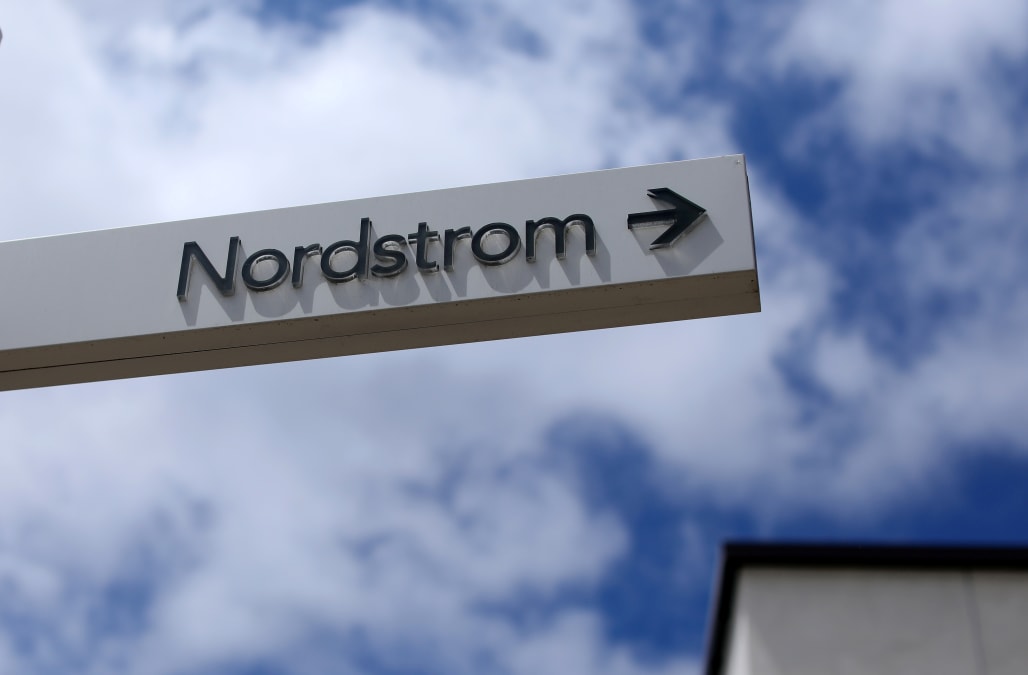 Nordstrom, Inc. shares are soaring as much as 20% in pre-market trading on reports the brand is exploring going private.

The company has formed a committee to look into the matter, according to a news release.

Shares have been volatile for the past year as Nordstrom announces declining sales. The entire department-store sector has been hit, with Macy's, Sears, and JCPenney closing hundreds of stores.

Nordstrom has been moving into the discount space. The company's off-price store, Nordstrom Rack, has been growing rapidly, to the point that there are more Rack stores than there are regular department stores.

Nordstrom has the most lenient and accommodating return policy, like, ever. The department store approaches individual returns on a case-by-case basis and will usually accept any kind of purchase evidence (credit card, tag, receipt or otherwise)—meaning it’s chill to change your mind about the culottes you never wore way after the fact.

Call Them Out if Something’s Cheaper Elsewhere

It’s pretty simple. If you buy a blouse and then discover it costs $25 dollars less at Bloomingdale’s, just call up Nordstrom, tell them the competitor’s better deal, and they’ll refund you the difference. This also goes for in-store markdowns. (If said top goes on sale within two weeks of your purchase, Nordstrom will send you a check).

Have Them Fix Damaged Merch Onsite

Scenario: You find a unicorn of a blouse, one of a kind, hidden in a sale rack, but manage to get your foundation all over the lacy collar while trying it on. (Been there.) Rather than paying extra to bring it to cleaners or abandoning the garment entirely, just take it back to the alterations department where staffers will gladly steam and treat it on the spot (using a magical lavender soap, so we hear).

Get Your Denim Hemmed Gratis

Springing for some pricey new jeans? Save a little bit on alterations here, where on-site tailors will take in your denim at no extra charge.

And Take Advantage of Complimentary Stylists

Whether you’d prefer someone else to scour the racks for a “Southern coastal black tie” dress code (WTF, weddings?) or you’d just really value some advice on accessorizing your mom jeans, Nordstrom’s in-store stylists are hugely helpful. Simply book an appointment online, tell your pro what you’re after, and they’ll prep a dressing room for you at your nearest location.

This program lets you earn rewards (think early access to their famous anniversary sale and free company dollars) the same way you would with a credit card. Except that you can link your card right up with your checking account instead (thereby skipping high-interest fees and, erm, spending money you don’t really have in the first place).

Important under-the-radar sale to know about: Twice a year Nordstrom’s shoe salon will have a sample-size shoe sale where you can score some deep discounts (think 60 to 80 percent off designer duds). If you have small feet (sizes 5 to 7), ask your local associate when that store’s sale is. (They can even send you a reminder email.)

All Nordstrom items reduce over the course of a few months, but once you see markdown items ending in these two digits, it’s an indication that they’re headed to Nordstrom Rack very soon. Translation: The price will not go any lower in store—so get ‘em while the gettin’s good.

Major: Nordstrom offers free shipping and (as discussed earlier) free returns all the time, no exceptions. Which means you'll never sneakily get ripped off with mailing costs when returning sale items (should they not fit or meet expectations).

Nordstrom, Inc. (NYSE: JWN) announced today that members of the Nordstrom family – Company Co-Presidents Blake W. Nordstrom, Peter E. Nordstrom, and Erik B. Nordstrom, President of Stores James F. Nordstrom, Chairman Emeritus Bruce A. Nordstrom, and Anne E. Gittinger – have formed a group (the "Group") to explore the possibility of pursuing a "going private transaction" involving the acquisition by the Group of 100% of the outstanding shares of common stock of the Company. The Group has not made a proposal to the Company regarding any such transaction.

The Company's board of directors has formed a special committee (the "Special Committee") comprised of the independent directors to act on behalf of the Company in connection with such exploration by the Nordstrom family and any possible transaction. The Special Committee has retained Centerview Partners LLC to serve as its financial advisor and Sidley Austin LLP to serve as its legal counsel.

Nordstrom, Inc. is a leading fashion specialty retailer based in the U.S. Founded in 1901 as a shoe store in Seattle, today Nordstrom operates 354 stores in 40 states, including 122 full-line stores in the United
States, Canada and Puerto Rico; 221 Nordstrom Rack stores; two Jeffrey boutiques; and two clearance stores. Additionally, customers are served online through Nordstrom.com, Nordstromrack.com and HauteLook. The Company also owns Trunk Club, a personalized clothing service serving customers online at TrunkClub.com and its seven clubhouses. Nordstrom, Inc.'s common stock is publicly traded on the NYSE under the symbol JWN.

Certain statements in this news release contain or may suggest "forward-looking" information (as defined in the Private Securities Litigation Reform Act of 1995) that involve risks and uncertainties. Such statements are
based upon the current beliefs and expectations of the Company's management and are subject to significant risks and uncertainties. Actual future results may differ materially from historical results or current expectations
depending upon factors including, but not limited to, risks related to disruption of management's attention from the Company's ongoing business operations due to the exploration of a possible "going private transaction" by
the Nordstrom family and the effect of the announcement of the exploration of such a transaction on the Company's relationships with its customers, suppliers, partners, operating results and business generally. Our SEC reports, including our Form 10-K for the fiscal year ended January 28, 2017, contain other information other factors that could affect our financial results and cause actual results to differ materially from any forward-looking
information we may provide. The Company undertakes no obligation to update or revise any forward-looking statements to reflect subsequent events, new information or future circumstances.

NOW WATCH: The retail apocalypse is pushing JCPenney to its lowest point in history