Despite $7 million tax break from Trump, Carrier is still laying off more than 600 workers 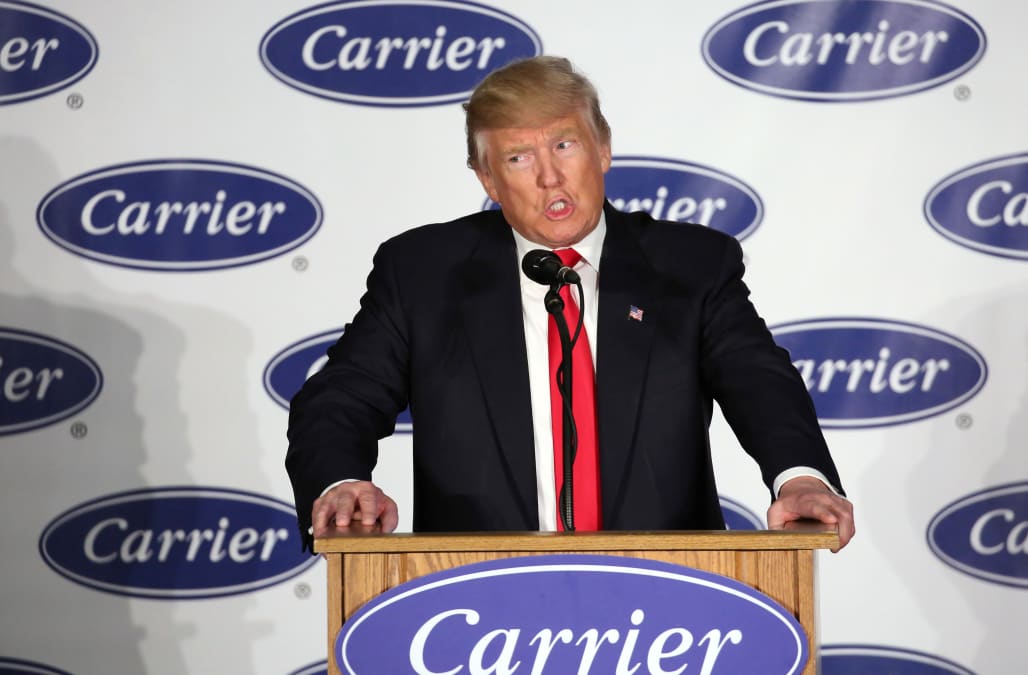 Even before he took the oath of office, President Donald Trump was hailed for striking a deal with Carrier — a heating and refrigerating company based in Indiana — to save "close to 1,000" jobs that were on the chopping block.

Yet nearly six months later, Carrier is only saving a fraction of those jobs.

The company filed notice Monday night that it will lay off around 630 workers starting July 20 and lasting through the end of the year, far more than the 400 workers the company said it would let go as part of the deal, a local Indiana Fox affiliate reported.

Carrier is laying off the workers despite making a deal that earned the company more than $7 million in tax breaks and other incentives over the next decade, according to USA Today.

Trump received ample praise for the deal — including by reporters on cable news, who called the deal a "coup" for the then-president-elect.

Shortly after announcing it, however, Chuck Jones, president of the steelworkers union that represents the Carrier employees, said Trump "lied his ass off" when announcing the deal.

"Trump and Pence, they pulled a dog and pony show on the numbers," Jones told the Washington Post after the deal was announced.

Others, including Sen. Bernie Sanders (I-Vt.), criticized the deal — calling it a dangerous precedent in an op-ed in the Washington Post:

"Instead of a damn tax, the company will be rewarded with a damn tax cut," Sanders said in a statement when the deal was announced. "In essence, United Technologies took Trump hostage and won. And that should send a shock wave of fear through all workers across the country. Trump has endangered the jobs of workers who were previously safe in the United States. Why? Because he has signaled to every corporation in America that they can threaten to offshore jobs in exchange for business-friendly tax benefits and incentives. Even corporations that weren't thinking of offshoring jobs will most probably be re-evaluating their stance this morning."

So far, Trump has yet to comment on Carrier's announcement.

He's currently on a nine-day trip through the Middle East and Europe.

More from Mic.com:
Does Donald Trump have a plan in Afghanistan?
Nikki Haley says Trump believes "climate is changing" and "pollutants are part of the equation"
Trump is reducing environmental regulation to help energy companies. It hasn't worked yet.