Want $250 a week in basic income? Apply to be part of this documentary 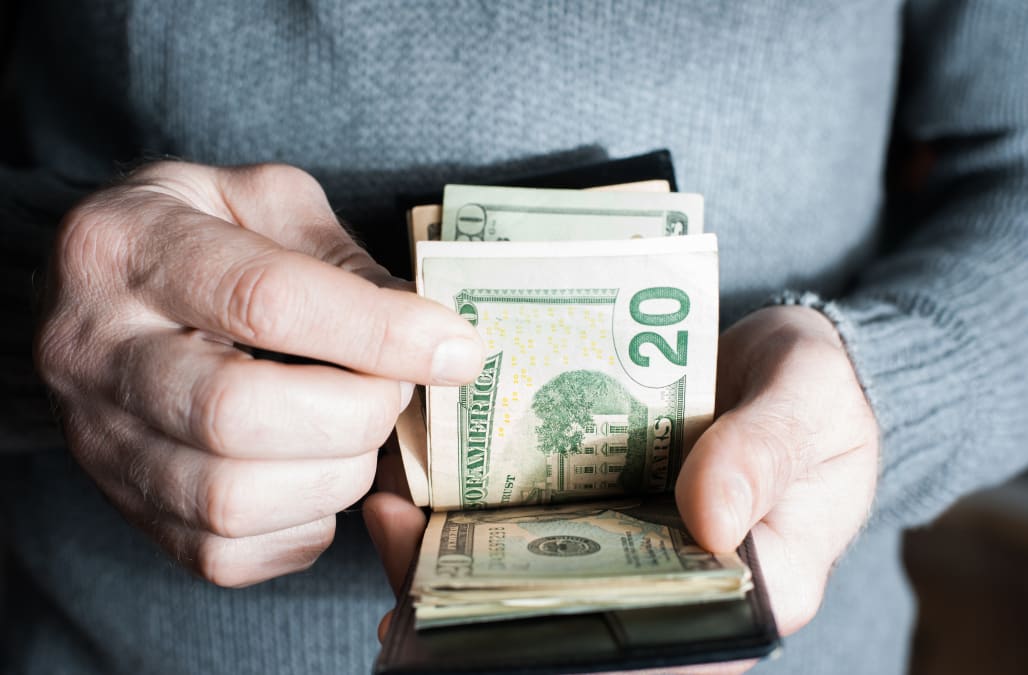 As it turns out, the Monday gods heard my pleas for a semi-pleasant transition back after a weekend spent deep in a wine-induced Netflix documentary binge and sent forth what might be my new favorite combination of words: free money + documentary film.

Did you just get goosebumps? I just got goosebumps. (Just kidding. Kind of.)

Here's the deal: Two documentary filmmakers are currently searching for volunteers who will accept free money for two years and then be filmed while they figure out how to spend it literally however they want.

Yes, friends, you heard me right. You can indeed volunteer to be handed free money for two entire years. The only stipulation is you have to let someone film you making all of your financial decisions (the good, the bad and the downright ugly) for the entirety of that time frame.

(Side note: Isn't it funny how two years of free money seems so hype until the moment you consider that a camera crew — and eventually the entire nation — will be watching you blow a week's worth of cash on a single rogue Target trip?)

The documentary, currently featuring the working title "Bootstraps: A Basic Income Film," will explore the concept of a universal basic income, or UBI.

For those of you wondering, a UBI is defined by the Basic Income Earth Network as "a periodic cash payment unconditionally delivered to all on an individual basis, without means-test or work requirement."

The concept is that everyone in a society, regardless of prior means, education level, career, family size, relationship status — anything at all — is given a weekly stipend that covers basic living expenses, paid out in such a way that they are not limited in its spending.

The brains behind the operation, Deia Schlosberg and Conrad Shaw, are looking for a diverse group of people from across the country to film. The pair is passionate about the idea of a UBI, and they argue a film will speak to the hearts of the American people in a way that no academic research or paper possibly could

Schlosberg and Shaw are aiming to have the film finished by the time the 2020 election rolls around, as they hope it will be a good opportunity to sway the American people with a humanized approach that provides solid logistical evidence that a UBI is beneficial to society as a whole.

The documentary will focus on how the volunteers use their weekly income, and how their lives are changed by having their baseline living expenses covered.

By removing the regular financial stressors from each person's life, the filmmakers hope to answer a pretty big question: "If you had the freedom to be independent of and unbeholden to any other person or employer for a source of life-sustaining income — the freedom from fear of homelessness and hunger — what would you dare to pursue?"

So far, the team behind the film has crowd-funded $50,000 to kickstart the project — enough to cover two people with a UBI of $250 per week for two years. They hope to eventually broaden the experiment to include 20 participants.

If you're interested in volunteering to be featured in the documentary (or if you just want more info on the crazy world of UBIs), go to the film's website here. To apply, select the "contact" tab at the top of the page and follow the instructions located there.

Grace Schweizer is a junior writer at The Penny Hoarder. She's already planning her documentary-viewing weekend for the year 2020.

More from The Penny Hoarder:
This Mom Rarely Pays for Groceries. Here’s Her Couponing Strategy
Come One, Come All: The Cat Circus is Real — and It’s Hiring Right Meow
7-Eleven’s Letting You Fill Almost Anything You Want With Slurpee for $1.50