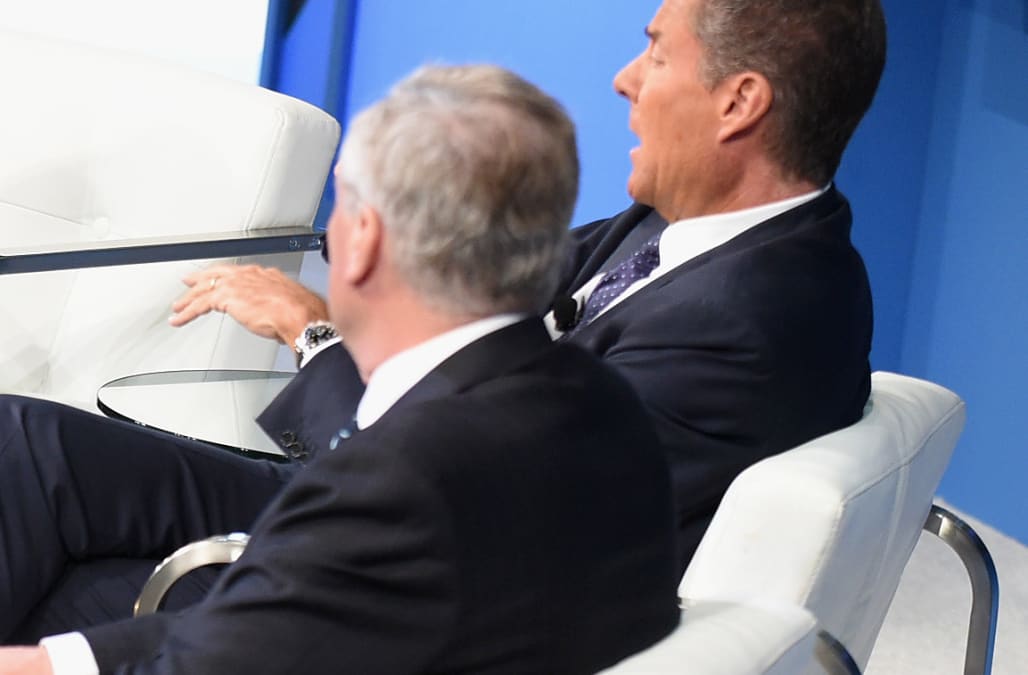 You can make a ton of money in the media business, especially if you're a CEO.

That's the main takeaway from a new study by the AP and executive data firm Equilar, which charted CEO pay in 2016. The top seven CEOs on the list were involved in media: running cable giants, movie and TV studios, or even video-game companies.

The highest-paid CEO was Thomas Rutledge of Charter Communications, who raked in $98 million. Last year, Charter merged with Time Warner Cable — not to be confused with HBO/Turner parent company Time Warner, whose CEO also made the top 7 — to become the second-biggest cable company in the US. (The CEO of Comcast, the biggest cable giant, made the list as well.)

After Rutledge came Les Moonves of CBS, who kept his network in first place and got his shareholders a 36.6% return in 2016.

But it wasn't just video powerhouses that made the list. Robert Kotick, the CEO of gaming behemoth Activision Blizzard, came in fifth at $33.1 million.

Those CEOs not in the media business fared well in 2016 too, according to the study. "The typical CEO at the biggest U.S. companies got an 8.5 percent raise last year, raking in $11.5 million in salary, stock and other compensation last year," according to the AP. "That's the biggest raise in three years." And over the last five years, CEO pay has nearly doubled the pay gains of full-time employees (19.6% versus 10.9%).

Here are the top seven CEOs, all of which are in media:

Photographer: Michael Nagle/Bloomberg via Getty Images
Up Next