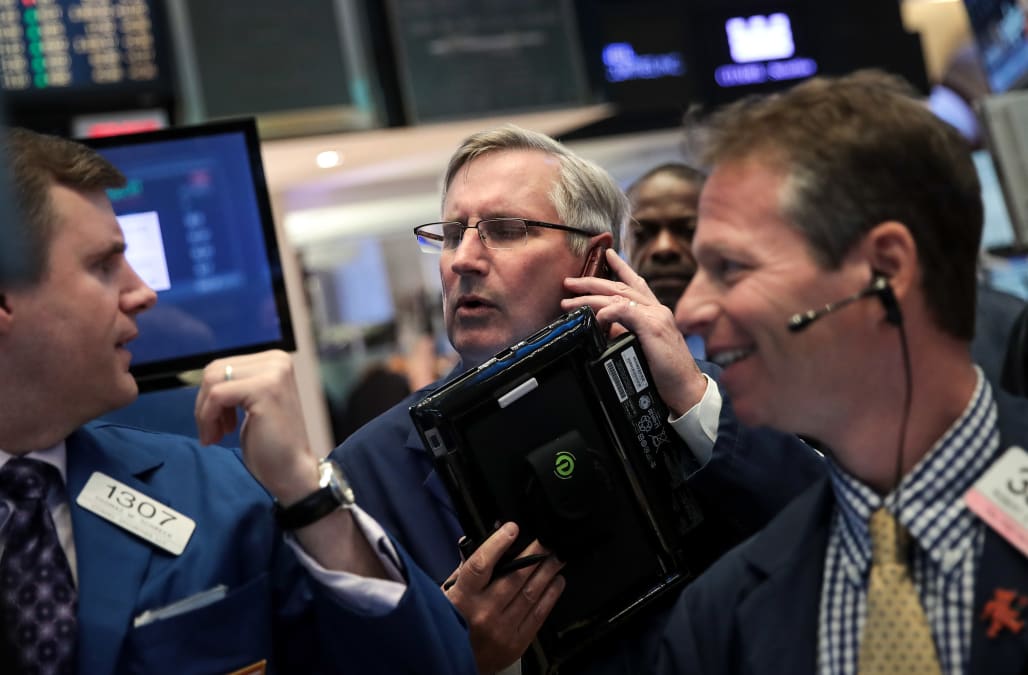 But, according to the May 2-3 meeting minutes, they also agreed they should hold off on raising interest rates until they knew a recent U.S. economic slowdown was temporary.

Stocks were volatile following the minutes' release, but eventually added to small earlier gains. The S&P financial index , which fell right after the minutes came out, rebounded to end down just 0.04 percent. Banks tend to benefit from higher borrowing rates.

It was also a fifth straight day of gains for the S&P 500.

Following the Fed minutes' release, traders scaled back bets on two more rate increases by the end of 2017.

Fed policymakers also discussed at length the reasons for the first-quarter slowdown. While recent economic data has been mixed, with signs of a dip in consumer sentiment and spending, the job market continues to strengthen.

"One thing that struck me a bit was that they registered confidence in the consumer was pretty healthy, and that's significant," said Michael Purves, chief global strategist at Weeden & Co.

Among the day's gainers, Intuit jumped 6.7 percent after the tax-preparation software maker posted a profit topped estimates and also raised its revenue forecast.

Jewelry retailer Tiffany sank 8.7 percent after posting a surprise drop in comparable sales. Signet Jewelers , which reports on Thursday, was down 7.2 percent. The two were the biggest losers on the S&P.

About 6.1 billion shares changed hands on U.S. exchanges, below the 6.8 billion daily average for the past 20 trading days, according to Thomson Reuters data.

Advancing issues outnumbered declining ones on the NYSE by a 1.30-to-1 ratio; on Nasdaq, a 1.07-to-1 ratio favored advancers.