Here's why people who take more vacation get more raises 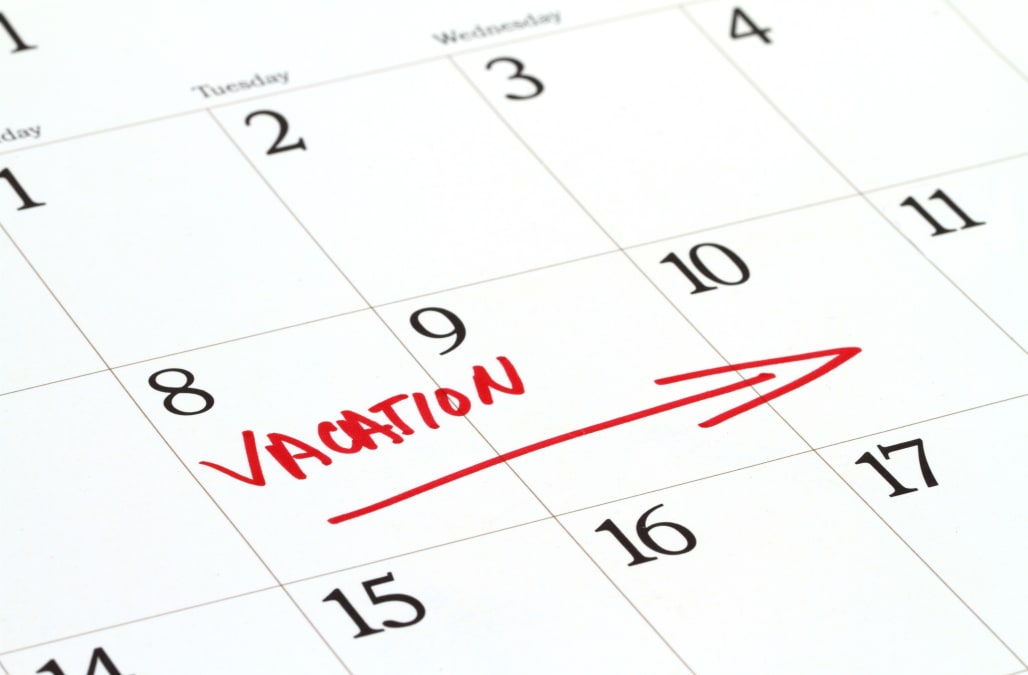 When is the last time you woke up on a Tuesday morning and joyfully realized your to-do list for the day involves little more than slathering on sunscreen, grabbing a snorkeling mask and heading to the beach? Yet as much as we all love going on vacation, those who are lucky enough to have paid time off aren't always taking advantage of this workplace perk.

Alas, the very reason you might not be taking a break— trying to impress or stay ahead at work — could actually end up backfiring. According to a new survey of more than 7,000 American workers by the travel-industry funded Project: Time Off, employees who forfeit vacation days are actually less likely than to get a raise or bonus.

Just 23% of people who forfeited vacation days said they got a raise or bonus in the past 3 years, versus 27% of non-forfeiters. Add in the value of the paid time off they gave up, about $66.4 billion per the new study, and that's a double whammy in lost benefits and salary bump.

So why are workers so bad at taking the time owed to them? Here's what's holding people back and how vacations might make actually pay off in more ways than you'd expect — plus some secrets to asking your boss for time off.

Vacations are associated with promotions and raises

Although 96% of Americans report that taking a vacation is important to them, many workers prioritize protecting job security over scheduling days on the beach. More than a quarter of respondents to the Project: Time Off survey said they feared they'd appear less dedicated at work if they took time off. A fifth said they feared losing consideration for a raise or promotion, while 23% said they worried they'd be seen as replaceable if they weren't at their job.

The sad part is, all these missed vacation days don't seem to do any good: Not only do those who forfeit vacations tend to earn raises less often, research also suggests that failing to take vacation time may hurt performance or even simply the perception of performance. Managers report associating vacation time with increased personal happiness, and view happier employees as more productive employees.

That might be one reason why people who take vacation days have a 6.5% greater chance of being promoted or getting a raise compared with those with 11 or more unused vacation days. "Employees who forfeit their vacation days do not perform as well as those who use all their time," The Project: Time Off study found. Workers who didn't take time off were also much more likely to be stressed at work and at home.

Previous studies suggest that a big reason for why vacations give rise to better work is that proper time off helps us "detach" and "segment" — meaning fully disengage from work-related thoughts and draw clear boundaries between work and non-work time and activities. Those healthy behaviors in turn have been shown to reduce burnout.

Why aren't workers getting more vacation?

According to the new Project: Time Off study, the majority of managers say they recognize the importance of vacation time, with 82% reporting vacations boost morale, 81% reporting vacations alleviate burnout, and 78% saying going on vacation makes employees more focused when they come back.

This may help explain why 39% of all employees and 44% of millennials said they want to be seen as "work martyrs," or "employees who find it difficult or do not take time off because they feel no one else can do their job." In general, young people may feel added pressure, as they entered the workforce during hard economic times, and are more prone to vacation shaming and guilt.

Finally, women are especially likely to say they want their bosses to see them as indispensable, while men actually take more vacation than women do across all age groups. The disparity is starkest among young workers, with 44% of millennial women taking all their vacation time in 2016, compared with 51% of millennial men.

There was a bit of good news in the study: In 2016, full-time employees didn't just accrue more paid vacation days, they actually took slightly more of their hard-earned time off as well. In 2016, workers took an average of 16.8 days off, versus 16.2 days off in 2015.

While the trend is turning positive, there's still a long way to go for workers and especially millennials to recognize the benefits of taking those days on the beach. Want more vacation days in your own life?

Here's Mic's guide to asking for vacation the right way. A little preview: Before you talk to your manager, first line up a colleague who'd be willing to pitch in a bit while you're out. And try to time that vacation request after a "win," when your manager is most likely to feel happy with you.

Sign up for The Payoff— your weekly crash course on how to live your best financial life. Additionally, for all your burning money questions, check out Mic'scredit,savings,career,investingandhealth carehubsfor more information — that pays off.