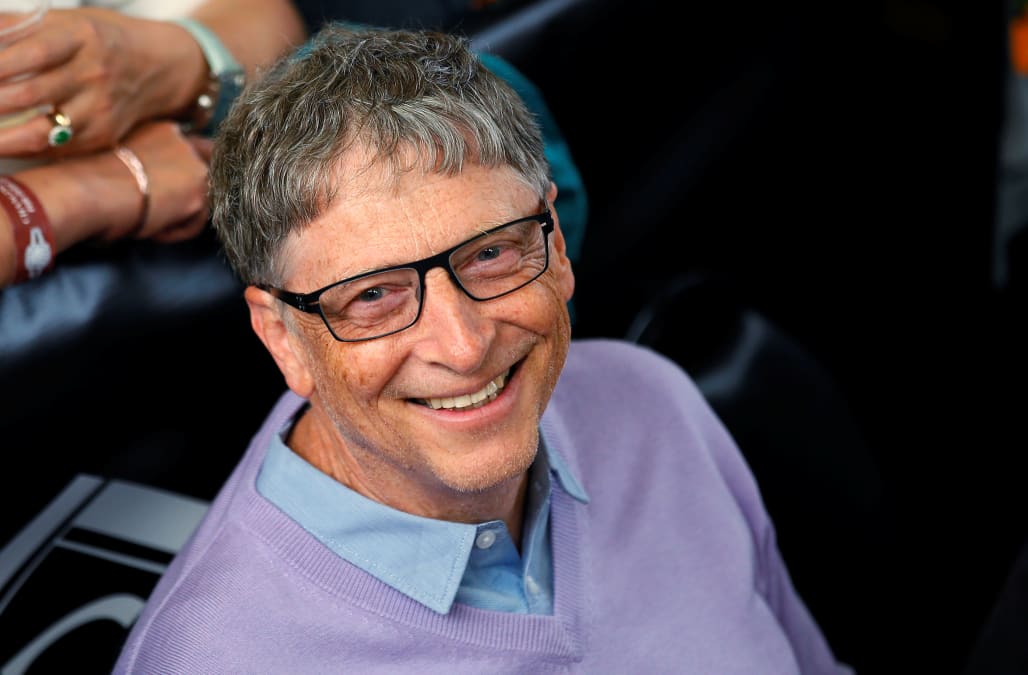 In case you run out of crime thrillers or romance novels, Bill Gates has some other beach reads you might find interesting.

The Microsoft cofounder and billionaire philanthropist has made it a tradition to share his favorite titles from the past few years on his Gates Notes blog. This year's books are primarily nonfiction — a mixture of memoir, biography, and science writing.

If you want to get a little bit smarter for September, here's what Gates recommends.

Bill Gates top summer reads of 2017
"Hillbilly Elegy" by JD Vance
Vance, now a successful venture capitalist, grew up poor in the hills of the Appalachia

"Hillbilly Elegy" is his account of life during that time — dark moments, times of joy, and Vance's perspective on the culture that pervades life in America's forgotten towns.

"While the book offers insights into some of the complex cultural and family issues behind poverty," Gates writes, "the real magic lies in the story itself and Vance's bravery in telling it."

BUY IT
"A Full Life" by Jimmy Carter

After having written more than 24 books already, President Carter's memoir about growing up in the small town of Plains, Georgia still reads as a quick, impressive book, Gates writes.

"I loved reading about Carter's improbable rise to the world's highest office," he says. "The book will help you understand how growing up in rural Georgia in a house without running water, electricity, or insulation shaped — for better and for worse — his time in the White House."

The stories may be from another time, but Gates says they carry a distinct timeliness as people's trust in political institutions (and the people running them) are at near rock-bottom.

BUY IT
"Born a Crime" by Trevor Noah

Noah, host of "The Daily Show," recounts his experiences growing up with a black South African mother and a white Swiss father in apartheid South Africa in the late 1980s.

His book is equal mixture heartbreaking memoir and laugh-filled comedy, according to Gates, a self-admitted longtime fan of "The Daily Show."

"Much of Noah's story of growing up in South Africa is tragic," he says. "Yet, as anyone who watches his nightly monologues knows, his moving stories will often leave you laughing."

Harari's most recent book makes him a repeat appearance on Gates' summer reading list. (Last year, it was "Sapiens.")

"Homo Deus" is the follow-up book to "Sapiens," as it discusses what might come of societies as they evolve into the future.

"So far, the things that have shaped society — what we measure ourselves by — have been either religious rules about how to live a good life, or more earthly goals like getting rid of sickness, hunger, and war," Gates writes. "What would the world be like if we actually achieved those things?"

BUY IT
"The Heart" by Maylis de Kerangal

The only novel on Gates' list, "The Heart" is about as close to creative nonfiction as fiction gets, Gates says.

The story involves a man dying in an accident, after which his parents decide to donate his heart. "But the plot is secondary to the strength of its words and characters," Gates writes. "The book uses beautiful language to connect you deeply with people who may be in the story for only a few minutes."

The recommendation is courtesy of his wife Melinda, he says, and now he's passing it along to the public.