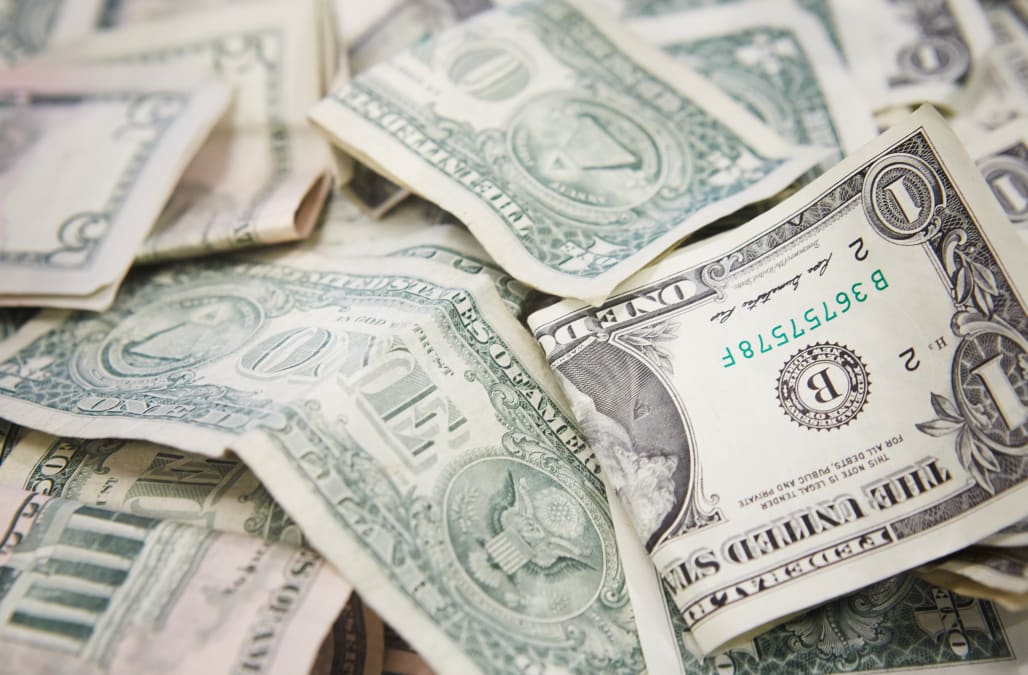 If you're graduating from college this spring, saving for retirement probably isn't high on your list of priorities. In fact, GOBankingRates found that saving for retirement isn't a priority for 40 percent of all Americans. It certainly wasn't at the top of Grant Sabatier's to-do list when he graduated from the University of Chicago in 2007.

As a philosophy major entering the job market on the brink of the Great Recession, Sabatier was lucky to find work at a call center for an analytics company. The pay was pretty good, too: $42,000 a year. It was certainly enough to cover living expenses and leave him with some cash to stash in a retirement account. But Sabatier didn't save a dime.

But he got a wake-up call two years later. After bouncing from job to job, Sabatier found himself living at home with his parents with just $2.26 in his bank account. He decided to make saving a priority.

Five years later, Sabatier had $1 million in the bank. Today, at age 32, he has about $1.35 million. Here's how he did it, and how you too can save a million dollars for retirement.

Whether you want to retire early or retire with riches, you need to have a plan in place. You can't just set aside an arbitrary amount in a retirement account each month and hope it works out.

When he was 24 and living at home, Sabatier decided he wanted to reach financial independence by age 30 — a tall order for someone with just a couple bucks in the bank. To figure out how much he would need to save, he used a retirement calculator.

However, Sabatier didn't want to wait that long; he wanted to save the amount he needed in just five years.

"When you get clear on your numbers, what it costs to have the lifestyle you want, you really are in control," he said.

In his quest to become a millennial millionaire, Sabatier recognized the power of compound interest early on.

"Every blog, every book on personal finance has this requisite compounding interest chapter," he said. And for good reason. The interest paid on the amount you invest plus the interest that accrues, compound interest enables your wealth to grow faster.

Sabatier said he realized: "Hey, I'm 24; I need to start saving as much as possible now to take advantage of compound interest. I knew I had time on my side." The longer he waited to get started, the more he would have to set aside each day to reach his savings goal.

Sabatier said that every dollar he invested when he started saving in 2010 is worth $3.25 today. With compounding, your money makes money — and helps you reach your goal sooner.

You probably don't need a calculator or spreadsheet to realize that, even with compound interest, you'd have to invest a lot of money to amass $1 million in just five years. Sabatier said he knew he had to make as much money as possible to invest it.

The first step was finding a job that paid well and offered the potential for growth. Sabatier saw that digital marketing was a growing field, so he spent a month watching free YouTube tutorials on the subject. He used the knowledge he gained to land a job with a digital marketing agency in Chicago, earning $50,000 a year.

Sabatier took advantage of a 401k plan at work and contributed the maximum. (The current maximum amount workers can contribute to a 401k annually is $18,000.) Then he found a way to make more money on the side by creating websites for law firms. While he started off charging $500 per website, within a few months he was billing $50,000 per site. He put 100 percent of his side hustle income into an individual retirement account.

Sabatier now runs his own businesses and a blog, MillennialMoney.com. And he saves 60 percent to 70 percent of his income. He encourages young adults who want to increase their savings to find ways to make more money. Start by asking for a raise from your employer. Then get a side hustle — ideally one that offers more than just the chance to earn extra money.

"You want to build skills instead of just having a job," he said. Then you can turn those skills into even bigger money-making opportunities, like he did.

Also Read: How to Double Your Paycheck This Year

Although Sabatier calculated that it would take 30 years for him to amass $1.25 million by saving $50 a day — and he wanted to reach that goal in five years — he didn't start out saving that much. He began by saving just $5 a day in a ROTH IRA with Vanguard by downloading the investment firm's app and transferring money with a click on his phone. (This was in addition to what he was stashing in the 401k).

It's okay to start small, Sabatier said, but you should make it a daily habit. "If you save daily for 30 days, it becomes a habit," he said. "It becomes a part of you." And if you check your account daily, you'll see how it's growing — which will encourage you to save more.

Sabatier recommends putting your money into a tax-advantaged account, such as a Roth IRA first. Once you max it out, open a brokerage account.

In case you're wondering how much you'd have to save daily with a 5 percent annual return to have $1 million in five years, brace yourself: It's $14,704.57.

Once you get in the habit of saving, find ways to increase the daily amount you're setting aside. As he earned more, Sabatier was able to increase his daily savings to $50, $100, $5,000 even $20,000 some days. That's unrealistic for most people. But he said you can save more than $5 a day "if you dig in and look for it. Cancel the Netflix subscription and invest that $15. It will be significantly more valuable."

Even if you can only afford to contribute to a retirement plan at work, you still should increase the amount you set aside each year.

"If you save 1 percent more of your income each year, you'll retire two to five years sooner," Sabatier said.

If you want your money to grow at a healthy rate, you have to invest it in something other than a savings account. While you do have to take some risk by investing in the stock market, you shouldn't let the idea overwhelm you or make you afraid, Sabatier said.

He took a simple approach and invested about 80 percent of his money in index funds. An index fund tracks the performance of a market index, such as the S&P 500 index. He has also bought shares of individual stocks and invested in real estate. But, by and large, Sabatier sticks to a simple investing strategy.

Keeping expenses low helped Sabatier save such a large amount of money quickly. For example, he lived with three roommates when he had the digital marketing job that paid $50,000. Splitting the rent four ways helped him keep housing costs down.

There are plenty of ways to cut monthly expenses — from slashing food spending to cutting the cable cord. You also can force yourself to reduce your spending by paying yourself first. If you spend first and then save, you'll always find things to buy and won't have any money left to save, Sabatier said.

Aim to save at least 20 percent of your income, he said. "If you pay yourself first and invest it, the rest you can blow on what you want," he said.

View Saving as an Opportunity, Not a Sacrifice

Saving $1 million by age 30 wasn't easy for Sabatier. He worked more than 90 hours a week. And he put more than half of his income into retirement and brokerage accounts. But he viewed saving as an opportunity, not a sacrifice.

"At the end of the day, when you have more money, you have more opportunities," he said. That doesn't mean you have to save $1 million by age 30, as Sabatier did. "You don't have to be a millionaire. Being a millionaire shouldn't be the goal. It should be living the life you want to live."

Knowing your priorities and what you want in life will help you focus on what you'll achieve by saving rather than what you might have to give up. Now that he's reached his savings goal, Sabatier can spend more time focusing on others, doing what he enjoys and even writing a book to share what he's learned.

"If you really focus on it and are intentional and come up with a strategy and every day execute on that strategy, a lot of things can happen," he said.

Up Next How to Build a $1 Million Nest Egg

This article originally appeared on GOBankingRates.com: How One Man Saved $1 Million in Five Years — And You Can Too