McDonald's is making an unprecedented move to win back lost customers 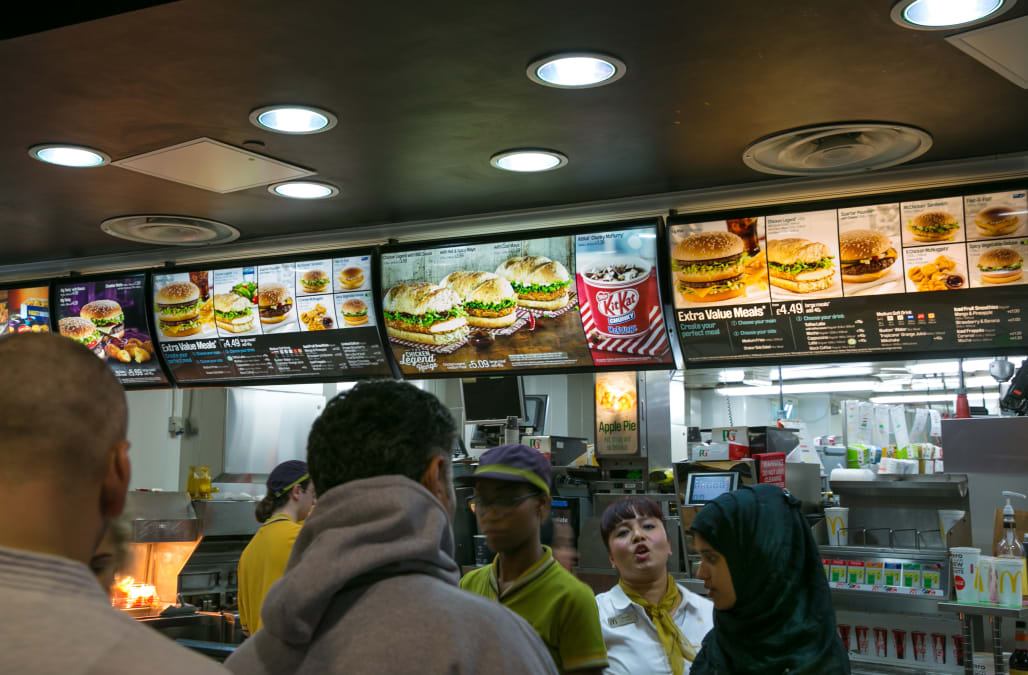 McDonald's is forking up a ton of cash to help franchisees fund costly restaurant upgrades in an unprecedented move to win back lost customers.

This means customers will soon see a lot of changes coming to McDonald's restaurants across the US, as the promise of funding will make franchisees far more willing than in the past to initiate upgrades and remodels.

Specifically, McDonald's is promising to pay 55% of the costs associated with its so-called "Experience of the Future" initiative, which includes installing self-order kiosks, adding new dessert counters, and installing table-locator technology that employees use to deliver customers' food, The Wall Street Journal's Julie Jargon reports.

See how McDonald's restaurants have changed over the years:

The new additions can cost between $150,000 to $700,000 per location, according to the Journal, which reviewed a commitment letter from McDonald's to US franchisees.

McDonald's funding commitment is a first of its kind. The company typically requires franchisees to front the cost of upgrades — whether that's new equipment or total restaurant renovations.

This requirement has led to friction between the company and its operators in the past. Some franchisees have complained that the continuous upgrades have bankrupted them, and forced them to sell their restaurants to larger operators with deeper pockets.

It's not uncommon for McDonald's to initiate upgrade requests to accommodate new menu items or other changes. One of the most recent requests involved McDonald's "Create Your Taste" initiative that involved customizable burgers. Upgrades for the program, which has since been scrapped, reportedly cost between $120,000 and $160,000.

McDonald's is likely offering financing for the new "Experience of the Future" upgrades to speed up the renovations and give franchisees confidence that these changes will be permanent and vital components of McDonald's business strategy going forward.

As Jargon notes, McDonald's recently told investors that it has lost 500 million US orders to competitors over the past five years.

But McDonald's has been building momentum on the addition of all-day breakfast and new sizes for the chain's iconic Big Mac, which helped lift same-store sales in the US by 1.7% in the most recent quarter.

NOW WATCH: This $32 million home has a water park in its backyard

See Also:
We visited the largest McDonald's in the US and ate pizza, pasta, and a Belgian waffle — here's what it's like
Chipotle isn't done raising menu prices
Abercrombie & Fitch tried to remake its image — but its website shows everything that's still wrong with the brand