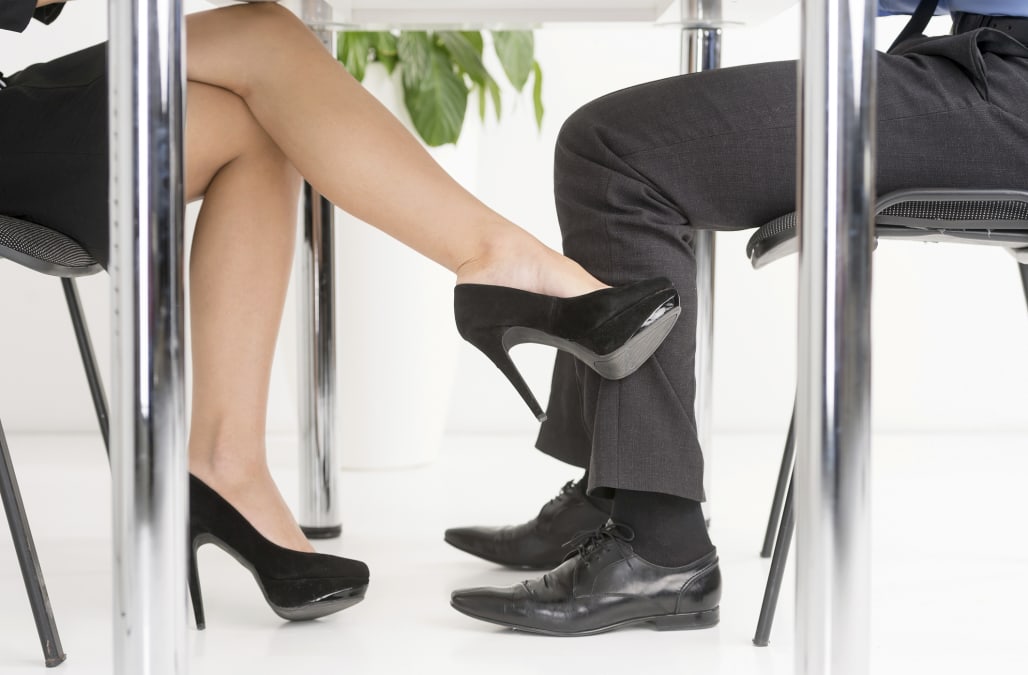 Sometimes, working a 9 to 5 office job can get a bit monotonous.

It's not uncommon to find oneself daydreaming about more blissful things, like a beach vacation, fun night out or even a whirlwind romance.

SEE ALSO: The fastest-growing job in each state

But most people never act on any of those things while they're at work, right?

Well, according to a new study conducted by Victoria Milan, one of the world's leading social networks for those seeking an extramarital affair (yes, sites like these do actually exist), it looks like the office romance fantasy may not be so much of a fantasy anymore.

The survey polled over 5,000 of the site's active female members — meaning that all polled had engaged or were currently engaged in an extramarital affair.

The data showed that a shocking 38 percent of these women said that their "first adulterous adventure was with a colleague or boss at work" compared to a mere nine percent of women who had their first affair with a friend.

Maybe those seemingly harmless office crushes aren't as harmless as they appear.

Founder and CEO of Victoria Milan, Sigurd Vedal, points out that the logic behind why this may be:

"Office relationships are easy because working overtime is a plausible excuse that is unlikely to be questioned. Women bond with the people they are spending long hours with and sharing the stress of daily work life."

No matter how far you decide to take your relationships with your co-workers, just remember — You can't clock overtime for office hours where you're not actually working.

Phlebotomists can't be scared of needles. They specialize in drawing blood and maintaining blood-drawing equipment.

These professionals apply psychological theories to issues within the workplace, including human resources, sales and marketing problems.

These specialized business professionals make sure organizations are following policies and regulations.

These health care specialists use sonography equipment to capture images for a number of medical purposes, from finding out the sex of a baby to imaging tumors.

These experts coordinate with a range of parties to accomplish a task, from aiding in disaster relief to ensuring quick deliveries to customers.

Nuclear medicine technologists have mastered a process that involves injecting small amounts of radioactive material into patients to diagnose certain diseases and illnesses.

These workers adjust, diagnose, inspect or repair wind turbines. Training may take place on the job or through a technical program.

Computer network architects work for businesses and organizations to design, construct and maintain a range of communication networks.

These technology professionals safeguard a company's computer systems and networks, shielding them from data breaches and cyberattacks.

These counselors help patients work their way through problems related to addiction and behavioral disorders, including eating disorders, alcoholism and drug abuse.

These medical professionals typically need a 12-month certificate or, better yet, an associate degree, plus a license, to get started in radiation therapy, which involves the use of radiation to treat cancer.

More on AOL.com
An unlikely industry is being hit by the retail apocalypse
Former Starbucks CEO Howard Schultz on the 1 word all graduates need to learn to be successful
What employers want from the class of 2017