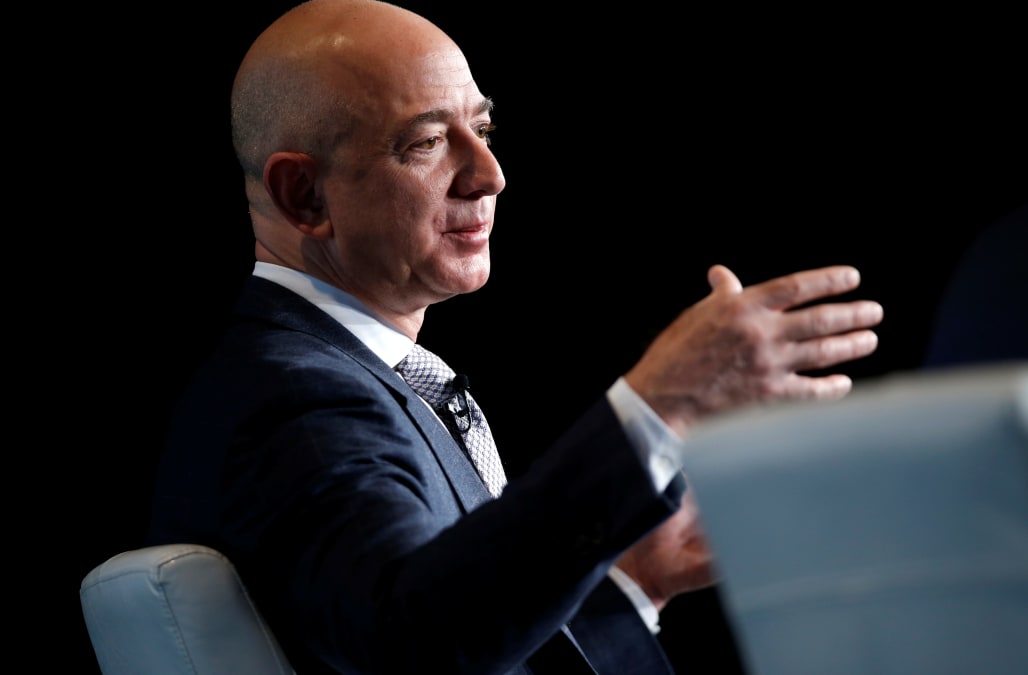 Amazon CEO Jeff Bezos sold about $941 million of Amazon stock in the last three days, the company said in a SEC filing.

It was part of a previously scheduled sale plan, but because Amazon's shares have run up sharply in the past year the sale is the biggest ever by the tech billionaire. Last year he sold $1.4 billion of Amazon stock in total.

Shares of the online retail behemoth are up 42% in the last year and up 25% this year alone.

Bezos has promised to use some of his Amazon profits to fund his space exploration company Blue Origin, CNBC's Matt Rosoff reported.

Bezos is on his way to becoming the worlds richest person as Amazon stock approaches the $1000 mark.

NOW WATCH: The disturbing reason some people turn red when they drink alcohol

See Also:
Apple dethrones Exxon to become the world's dividend king
The fuel of the US economy is drying up, but it's not as bad as it seems
The stock market has stopped paying attention to what Trump says