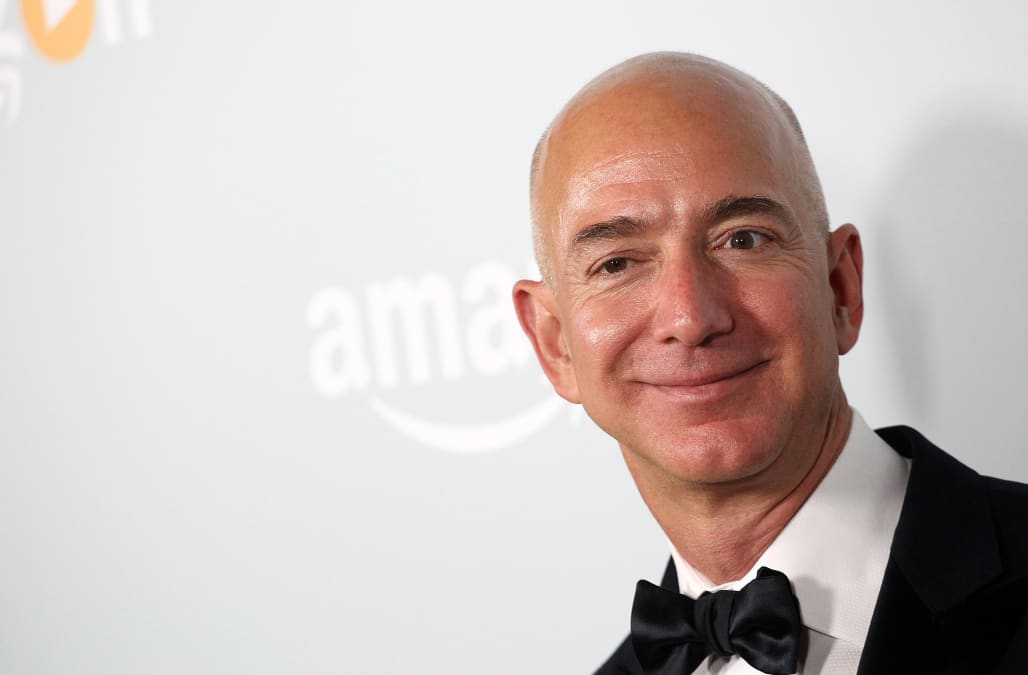 Shares of Amazon are are up 3.76% in the pre-market trade, which means that overnight the net-worth of Amazon CEO Jeff Bezos grew by approximately $2.8 billion to $81.5 billion.

The move is in response to Amazon's huge earnings beat.The retail behemoth reported revenue of $35.71 billion, beating estimates of $35.3 billion. The company also surpassed earnings estimates of non-GAAP earnings per share of $1.07, reporting EPS of $1.48.

Jeff Bezos is the largest shareholder of Amazon, with about 80.9 million shares or 16.93% of total outstanding shares, according to his latest filing on February 16 of this year.

RELATED: Check out Jeff Bezos' secrets to success in the slideshow below:

Now Bezos is on the verge of becoming the wealthiest person in the world. According to the Bloomberg Billionaires Index, Bezos saw his fortune surpass $80 billion for the first time last night.

The only person in the world wealthier than Bezos is Microsoft cofounder Bill Gates, with a net-worth of $87.1 billion. Bezos is just $5.5 billion away from matching Gates.

According to Bloomberg, Bill Gates has been the world's wealthiest man since 2013.

NOW WATCH: People are outraged by this shocking video showing a passenger forcibly dragged off a United Airlines plane

More from Business Insider:
The top 10 bank stocks to own, according to S&P Global
Airlines are destroying a main pillar of the stock market rally
The market's fear index is plunging at the fastest pace since Trump's election