Nintendo-themed Happy Meal toys are back at McDonald's, like it's the '90s again 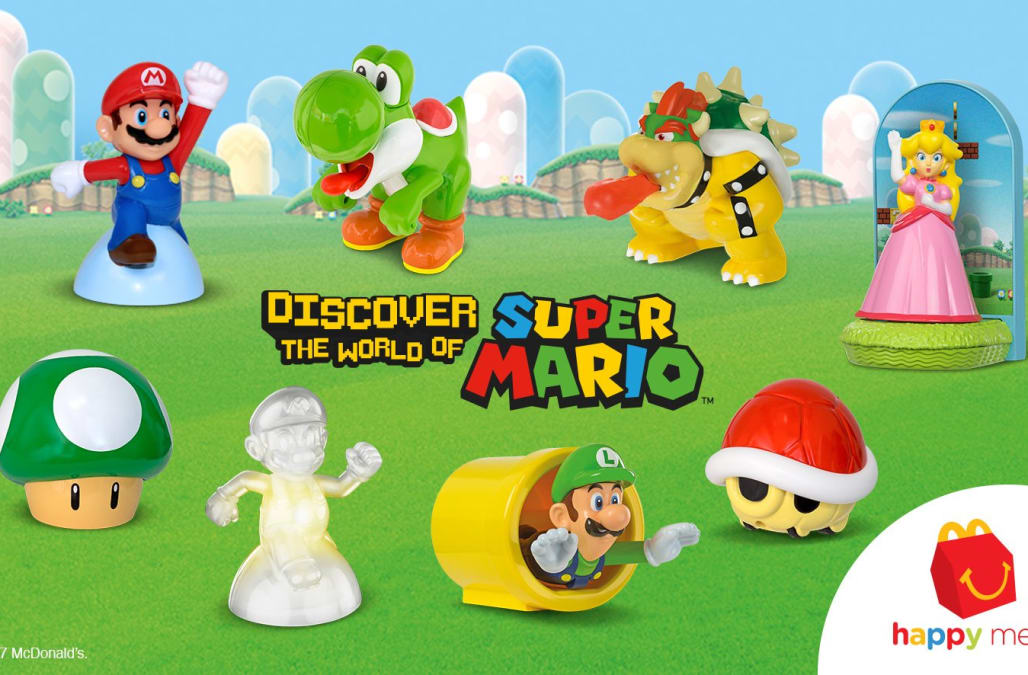 Finally: a reason to buy a McDonald's Happy Meal as an adult. McDonald's and Nintendo are partnering on a throwback sure to please both today's kids and those of the '90s: Happy Meals sold in the US between April 26 and May 22 come with one of eight totally rad Nintendo toys. Notably, two of the toys aren't characters — the 1Up mushroom and the red shell. Also, of concern: Luigi appears to be stuck in a pipe, and Mario is frozen in a plastic prison of some form. Horrifying!

Nintendo says that each of the toys has a "special function." For example, the clear Mario "lights up in different colors." The partnership is a promotion timed to run alongside the launch of "Mario Kart 8 Deluxe" on the Nintendo Switch, which arrives on April 28. If all of this feels bizarrely familiar to you, that's because Nintendo had similar partnerships years ago with McDonald's.

That video above is what I saw on TV growing up — I actually own that "hopping Koopa paratroopa." It's still in my living room!

Nintendo is no doubt looking for that level of nostalgia with this partnership. Even the font used for "Super Mario" is from "Super Mario World" on the Super Nintendo Entertainment System. And what year was that released? That's right: 1991. With games like "Super Mario Run" and "Super Mario Maker" breathing new life into the long-running series — to say nothing of the excellent new "Mario Kart" game launching this week — there's no doubt that a new generation of kids will excitedly ask their parents for Happy Meals in order to get these new toys. But this time, the parents themselves will have a hard time resisting a second Happy Meal so they can have their own "Super Mario" toy.

NOW WATCH: Nintendo's 'The Legend of Zelda: Breath of the Wild' is amazing — here's what it's like

SEE ALSO: A new 'Mario Kart' is about to launch — here's how much better it looks than the last one

DON'T MISS: Nintendo could be making another mini version of a classic game console: the Super Nintendo