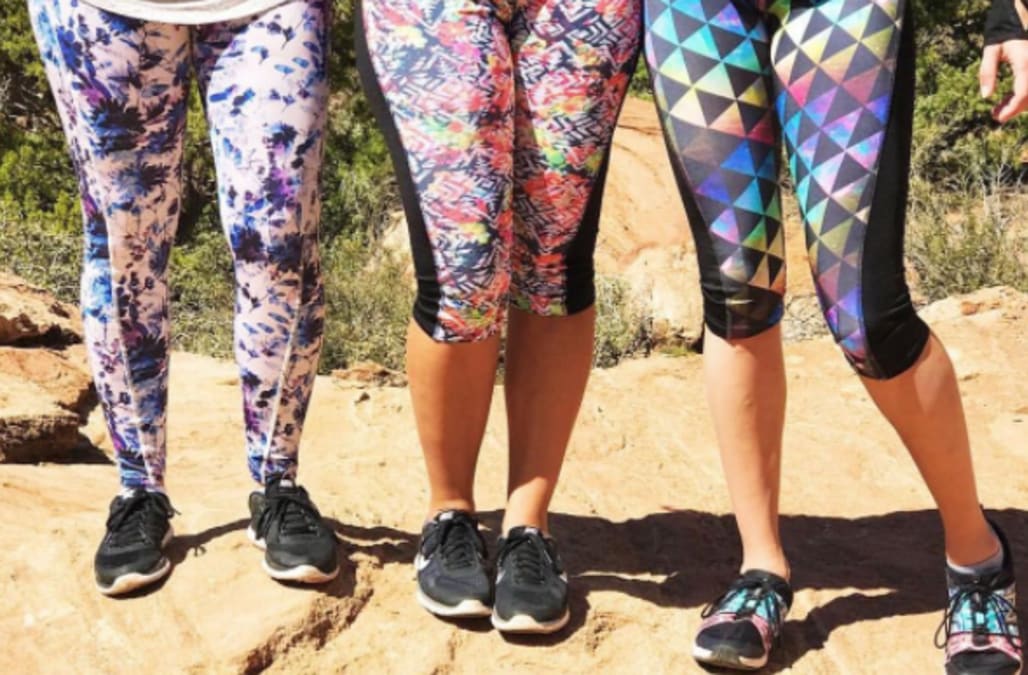 LuLaRoe is launching a massive refund program in response to customer complaints that the company's leggings "rip like wet toilet paper" and develop holes after as little as a few hours of wear.

The four-year-old company, which sold $1.8 billion in clothing in the last 12 months, is announcing Tuesday that it will issue full refunds for any defective merchandise purchased between January 1, 2016 and April 24, 2017.

Customers can get the refunds through the 80,000 people who sell LuLaRoe clothing — whom the company calls "independent retailers" — or directly from the company online.

LuLaRoe is also implementing a new policy, called the "Happiness Policy," that's intended to make it easier for customers to get refunds, credits, or exchanges for purchases going forward.

"We listened and we heard the feedback from social media and our consumers and even from our retailers," LuLaRoe CEO Mark Stidham told Business Insider. "If someone has spent money on one of our products, we want them to feel that they got value for that money they spent."

Business Insider reported in February that hundreds of customers were complaining about rampant problems with holes developing in the leggings, which are LuLaRoe's most popular product.

Customers also claimed that many retailers — who buy clothing at wholesale prices from LuLaRoe and then sell it at a markup to friends and family on Facebook and at parties in their homes — wouldn't allow them to return defective merchandise.

At the time, a Facebook group devoted to sharing stories about damaged leggings had more than 1,400 members. Now, the group has more than 26,000 members.

"It's statistically insignificant — it doesn't exist," he said, comparing the several hundred complaints lodged against LuLaRoe on the Better Business Bureau's website to the 17.5 million garments that the company sold in March alone. "At the same time I don't want to be flippant about that."

'I don't feel we have much to apologize for'

Stidham said the new policies do not represent an apology or a change of course for the company, but rather reinforce the fact that LuLaRoe stands behind the quality of its products.

"I don't feel we have much to apologize for," he said. "I'm empathetic and I'm sorry that [some customers] had a bad experience. But I don't feel that the company is in a place where a blanket apology is necessary." According to LuLaRoe's internal audits, LuLaRoe's damage rates are "very, very small," he said. "But no matter how small it is, if it's your piece of clothing and the bottom rips out of it, you are not going to be happy."

He said LuLaRoe "will always look for ways to improve quality and style," but the company is not changing its manufacturing process in response to the complaints.

The company has made changes, however, to its quality assurance tests in the wake of the controversy.

"We've added different stretch tests and visual inspections to find small holes," he said. "We also invented a light tower system where leggings can be stretched over it" to help detect any issues.

LuLaRoe has grown tremendously in the last several years. The number of people selling LuLaRoe products has jumped from 38,277 in September to 80,000 today, according to data obtained by Business Insider.

By the end of April, the company is expecting to reach $1.8 billion in sales over the previous 12 months.

LuLaRoe has achieved this growth without selling any products in stores or even on a company website. Instead, the company sells clothing only through its 80,000 "independent retailers."

The retailers — many of whom are millennial moms — buy the clothing at wholesale prices and then sell them at marked-up prices to friends in their living rooms and in online forums.

The retailers can earn money not only from their direct sales, but also from the sales of a team of recruits. This strategy is called multilevel marketing (though Stidham says he prefers the term "multi-level management") and it's also used by companies like Mary Kay, Beachbody, and The Pampered Chef.

Some of LuLaRoe's top sellers claim that they make six-figure salaries annually.

One retailer, Tiffany Cook, posted a lengthy video online last year claiming that she earns about $34,000 a month with LuLaRoe. In the video, she mentions friends of hers who make monthly bonus checks of between $9,000 and $20,000 from the company. Another retailer told Business Insider last year that she sells 800 to 1,000 pieces of LuLaRoe clothing — or roughly $80,000 of clothes — out of her home each month.

But most sellers aren't as successful.

More than 80% of LuLaRoe's representatives generated less than $5,000 in sales last month, including 10,834 who sold nothing, according to data reviewed by Business Insider. The average representative sold about $3,387 of LuLaRoe in the month.

Stidham said the company doesn't make any promises about how much money retailers can make selling its products. He said many retailers are content selling the clothes to friends and family for a little extra money, and that most don't want to manage teams of sellers, which could generate more money.

How to get a refund

The company also said it has sped up the process of refunding retailers who take back damaged items. In the past, retailers have complained that they couldn't get money back in a timely manner but Stidham said that should no longer be the case.

Retailers were informed of the changes on Tuesday.

NOW WATCH: Here's why some Coca-Cola bottles have a yellow cap

SEE ALSO: LuLaRoe is getting sued over claims that its popular leggings rip 'like wet toilet paper'