This bar donates your beer money to fight Trump 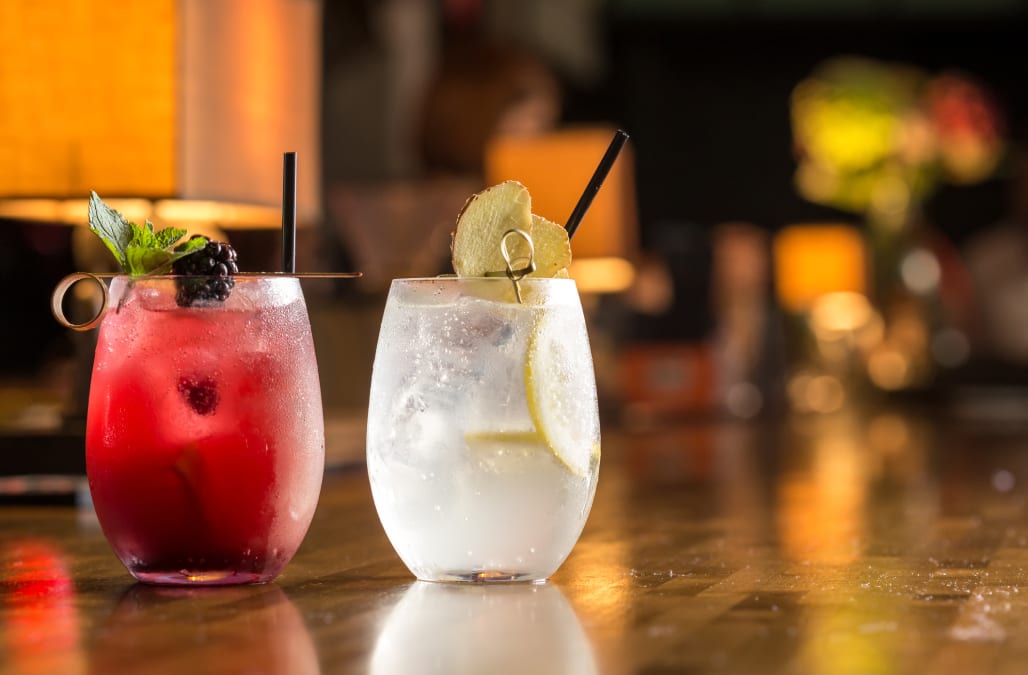 Instead of drinking to forget, you can now drink to fight back.

Newly opened bar Coup is donating its profits to the resistance. But "we're not an anti-Trump bar, we're just a pro-charity bar," owner and restauranteur Ravi DeRossi told Thrillist.

Once a month, the New York City establishment plans to write a fat check to participating organizations, like the ACLU or Planned Parenthood, with money coming from drinks purchased at the bar (after expenses like rent and bills are paid.)

At Coup ordering a drink is a token affair: after paying for your Manhattan, you get the drink and a wooden token. Take your token to one of several jars on the bar and drop it into the organization you'd like to support. Then sip your drink and feel a bit better.

RELATED: Check out 37 companies Trump protestors want you to boycott:

DeRossi (owner of Death & Co. and plenty of other NYC hot spots) and his bartender team, Sother Teague and Max Green, describe Coup as a "a non-profit cocktail bar designed to satisfy that aching desire to rise up and do something." In this case, the "do something" is go out for drinks.

Sneak peek! Mark on your calendars that we will open on April 14th! Visit our website for more info! https://t.co/hyIXobDL9w. pic.twitter.com/ASQzhhTLzJ

Coup features a rotating selection of guest bartenders. You can apply to become one of them, which entails picking a charity to support and creating a few cocktails. All of the proceeds from those speciality drinks will go toward the charity of your choosing, and other customers will have the option to drop a token in that charity's jar.

Guest bartenders make $20 an hour, but earnings can also be donated.

Our Guest Bartender for today is Jeff Gordinier, food and drinks editor for @esquire. He'll be behind the bar from 6pm - 2am! See you soon! pic.twitter.com/9UjJJefu2g

The bar has a no-tipping policy, which is supposed to help give more to charities. DeRossi told the Elite Dailythat as long as Trump supporters are OK with supporting various causes and organizations, they are more than welcome at the watering hole— as long as they stay peaceful and respectful.

The bar plans to stay open throughout the Trump presidency. Not a bad way to end a day of protesting.

More from Mashable:
Kendall Jenner is proving just how meaningless everything she does is
'Veep' cut a 'golden showers' joke because of Trump
No, Chelsea Handler doesn't want Trump on Season 2 of her show