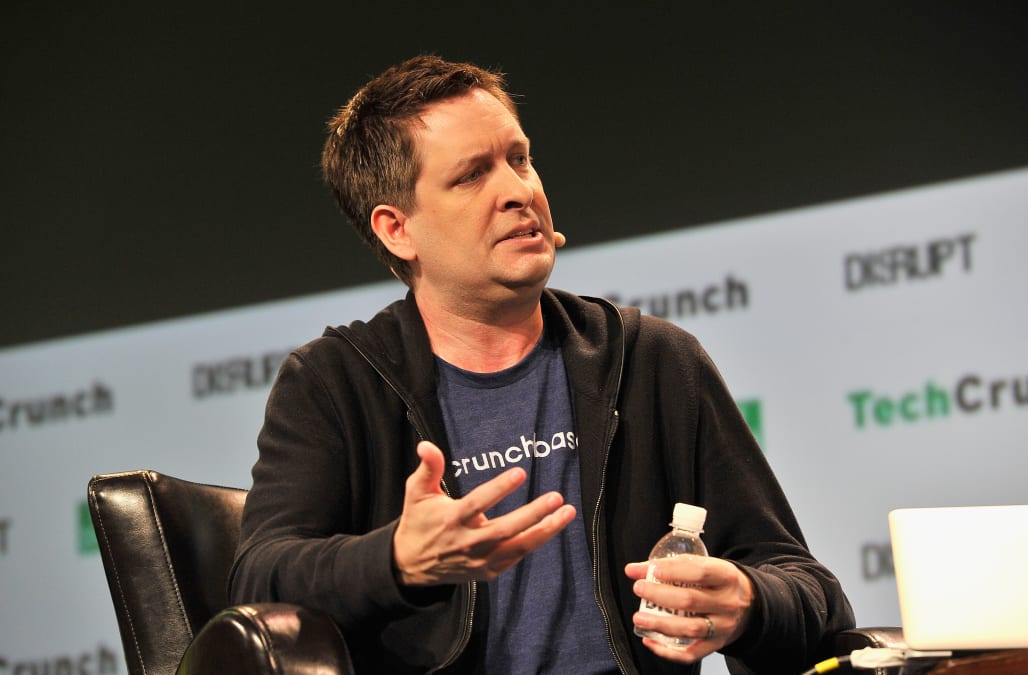 In Silicon Valley, the hiring crunch is very real. Getting technology talent to heed your job listing when opportunities abound is beyond challenging. With this in mind, Crunchbase's Jager McConnell is stepping up his hiring game: He just posted his cellphone online.

The CEO of the San Francisco-based business information aggregator, included his number in a recent press release. He wants every job applicant to text him directly--even before landing an interview.

In addition to capturing the attention of elusive technologists, McConnell believes the move will help his company overcome unconscious bias involved in the traditional hiring process. He also hopes to promote diversity among his staff. So far, the company says that 49 percent of its team is non-white and 43 percent are women.

"Something that happens as a company grows is that the unrepresented folks have trouble even getting to the recruiting process," says McConnell. "They have trouble getting noticed or there might be unintentional bias where the name may imply a gender or race and you might discover someone doesn't get considered but they should be."

Crunchbase is an online information database that lists investments, news and key executives from a myriad of businesses. According to the company, it has 27 million active users a year.

It has been less than two years since McConnell joined the ranks, right after Crunchbase spun out of AOL in 2015 (it had been acquired alongside news site TechCrunch in 2010.) Under his leadership, Crunchbase has doubled its size from a 20 to 40, and McConnell intends to double that number again by the end of the year.

Its recent $18 million funding round should help. "We're scaling the team to match a product that is scaling just as quickly, if not more so," says McConnell.

McConnell envisions Crunchbase as the 'master record' for business information. According to the company, its dataset receives more than five million annual updates, split equally between community updates, automated web-crawlers and internal team research and analysis.

He also revealed that Crunchbase is working on a new and free product called Marketplace. The service intends to partner with other online information platforms like Glassdoor and give a more holistic view of a company or industry. It is expected to be available sometime this year.

In the meantime, Crunchbase has about 12 open positions. If you're interested in applying or reaching out to learn more, don't forget to text McConnell. His number is 415-881-8828.

RELATED: 22 things that make you sound rude in a job interview

22 things that make you sound rude in a job interview
You are totally justified in being annoyed that your interviewer kept you waiting. That being said, you get no brownie points for grumbling.

Make sure you give yourself enough time to get to the job interview — even if that means showing up super early and waiting around at a nearby Starbucks.

And if you are late, don't draw attention to it or make excuses. Quickly apologize and move on.

This doesn't necessarily make you sound rude, per se. It's a weird question, though. Your interviewer may just assume that you're impolite and unable to work with others.

You should never bring gossip into a job interview. It's highly unprofessional.

You are totally justified in being annoyed that your interviewer kept you waiting. That being said, you get no brownie points for grumbling.
You didn't care enough about the job to run a quick Google search? Questions like this will make you look unprepared and inconsiderate.
Yes, you do. Claiming not to have shortcomings just makes you come across as arrogant.

Hold off on the profanities. Curse words will make you sound vulgar and unprofessional.

This one puts the interviewer on the spot. If you really want feedback, wait until you get the offer or rejection, and then ask in an email what you did well or could have done better.
It's great if you're coming to the table with a lot of ideas on how to improve the organization. Try to keep your language positive, though, or your interviewer may wonder why you're even interviewing in the first place.
Are you kidding me?

Seriously, contain your enthusiasm. This may be true, but definitely don't admit it to your interviewer.

Don't just barge in and start talking. You may be nervous and eager to get it over with, but remember to introduce yourself first.
What have you got, a date or something? Try to keep your schedule relatively uncluttered on the day of the interview.
If the interviewer offers, then it's fine to ask for a beverage. Just don't forget to say "please" and "thank you." In fact, you should show off that you have good manners when you can during the interview.
Yes, job interviews are all about discussing yourself and your abilities. That being said, you want to keep the focus on how you can help the organization. The conversation should always go back to that main thesis.
You're here as a job candidate, not as a super-critical interior decorator. Don't imply that you're disappointed or underwhelmed.
You really don't want to say anything that could be considered condescending to the person standing between you and a potential job.
Keep politics out of conversations with your interviewer. If they bring it up first, then do what you can to change the conversation.
This one's a toss-up. Some people are totally cool with being called things like "guys" or "ladies." Others get really irked. It's probably better to err on the side of caution here, lest you come off as belittling or disrespectful.
If you start talking about the nitty gritty details of your new job, make sure to avoid coming across like you think you know better than anyone else. Criticizing the company's way of doing this is a surefire way to alienate your interviewer.
Up Next