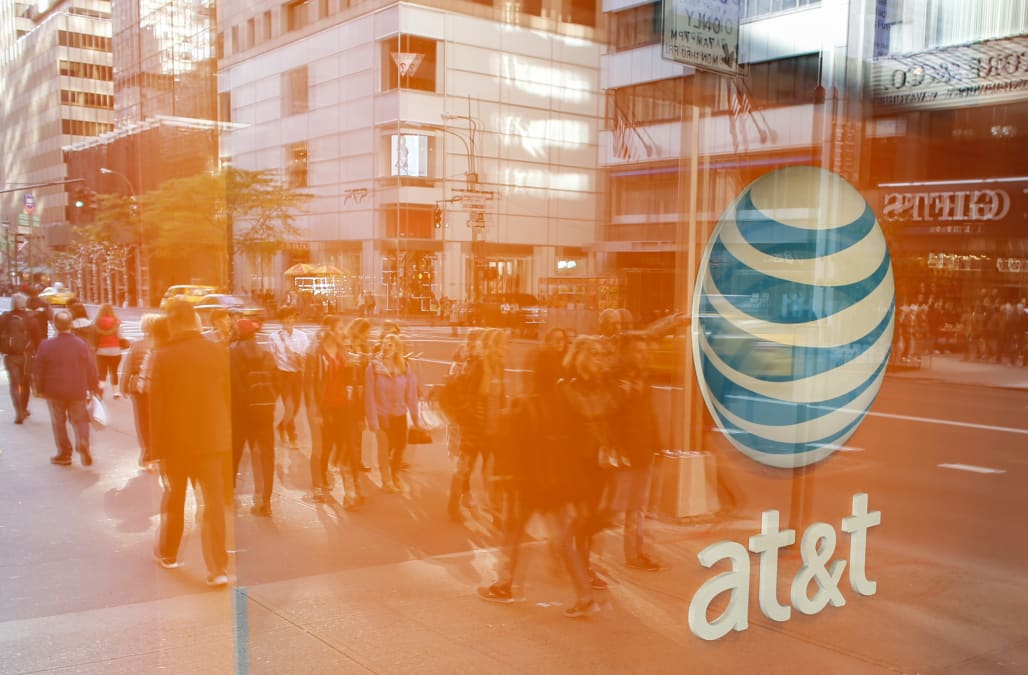 AT&T on Wednesday announced that subscribers of its "Unlimited Plus" mobile data plan will soon receive a subscription to HBO at no extra charge.

The promotion will go into effect on April 6, and will apply to both new and existing subscribers.

Previously, you could add HBO to the DirecTV Now service for an additional $5 a month, though AT&T recently gave those who subscribed to DirecTV Now's higher-end bundles a free year of the channel. DirecTV Now starts at $35 a month on its own, though the "Unlimited Plus" plan includes a $25 monthly credit that can be used toward the service (or standard DirecTV, or AT&T's U-Verse TV service).

The move comes at a time where AT&T is on the verge of purchasing HBO's parent company, Time Warner, for roughly $85 billion. It's also likely to raise concerns related to net neutrality, or the principle that internet providers like AT&T should not give preferential treatment to certain services, particularly ones it owns.

AT&T already exempts its video services from counting against data caps with its non-unlimited plans, and CEO Randall Stephenson has hinted the company will do the same once with Time Warner properties if it completes the deal. That specific practice doesn't apply to AT&T's unlimited plan directly, but the idea here is still to make it so AT&T can control more of the stack that covers how you connect to the internet, and what you watch over it.

Along those lines, David Christopher, the marketing boss of AT&T's entertainment group, said this is just the beginning of the carrier incorporating entertainment services in its bundles.

"We are just getting started," Christopher said in a recent interview with Business Insider. It's part of a "better together philosophy" with wireless service and entertainment, he said.

Nevertheless, the promotion looks to be good value today, and marks the latest attack in the ongoing "unlimited" plan war between the big four mobile carriers in the US. While none of these plans are truly unlimited — you'll still be at risk of slower speeds if you use a certain amount of data per month, and you only get a certain allotment of mobile hotspot data at LTE speeds — they do represent a shift away from the tighter data restrictions of recent years.

AT&T rebooted its offering in February, renaming it "Unlimited Plus," and making it available to all subscribers (previously it was only available for those who subscribed to one of its TV services), and dropping the entry price from $100 a month to $90 a month. It's still the most expensive of the bunch to start, but throwing in HBO may give it a boost as it attempts to catch up to Verizon in total mobile subscribers and fend off the continued growth of third-place T-Mobile.

2016 proved to be a good year for the German sportswear company, which beat earnings expectations to report net income of more than $1 billion.

The year was the first in its 2020 strategic plan, which put in place by CEO Kasper Rorsted, who wants the company to boost ecommerce sales, increase efficiency, and focus on company culture.

Adidas launched collaborations with celebrities including Kanye West, Pharrell, and Rita Ora to boost awareness of its brand.

Rolls-Royce is one of the few traditional manufacturing B2B companies in the ranking.

The company produces the engines for a number of commercial airliners, such as the Airbus A380 and the Boeing 787.

The company is keen to work on new technologies too. This March it announced plans to invest in a R&D center in Finland to develop technology for autonomous shipping.

Intel became a staple in the technology industry as the leading manufacturer of chipsets for desktop and laptop computers.

Despite missing the mobile phone revolution, Intel is getting back on track. It was rumored Intel powered the iPhone 7. CEO Brian Krzanich has also said the company would be investing further in 5G and connectivity. The company kicked off 2017 with the $15.3 billion acquisition of the autonomous-driving company Mobileye.

Sony successfully got rid of its underperforming VAIO computer brand last year to focus on its more successful products.

2016 saw the launch of its virtual reality headset for the Playstation gaming console, where it owns over 50% of the market. Unknown to many, Sony is also the company making the camera sensors for a number of leading smartphones, including the iPhone 7 and Samsung Galaxy S7.

Its Sony Motion Pictures division had strong box office hits in 2016 with the relaunch of the "Ghostbusters" franchise and" The Angry Birds Movie."

Its Sony Music division has artists like Beyonce, A$AP Rocky, and Calvin Harris among its roster.

German engineering and electronics company Bosch used 2016 to solidify its positions in Internet of Things and software.

In October 2016 the company demoed its autonomous driving software and hardware and also announced it would be building its own cloud computing offering to compete with Amazon and Google.

Google's RepTrak score went up but it still dropped down from its third-place spot in the rankings in 2015.

2016 was the first full year since the launch of the new parent company Alphabet. It was also the year the tech company announced its new Pixel phone line and its voice-controlled speaker Home, which aims to bring artificial intelligence to the masses.

Alphabet also made a push into VR with the launch of its Daydream headset.

Canon was awarded nearly 4,000 patents in 2016, coming in third behind IBM and Samsung.

The world's biggest maker of cameras and printers grew through acquisitions in 2016, such as its $6.5 billion purchase of Toshiba's medical division.

Disney slipped down a spot in the 2016 rankings but its reputation score grew by a full point.

2016 was the year the company started to see the fruits from the acquisition of the "Star Wars" franchise with "The Force Awakens" continuing its box office tear into January and the release of "Rogue One" in December, which went on to gross over $1 billion at the box office. The company recently revealed it had enough "Star Wars" films to run all the way into 2030.

It also announced it was extending the contract of its CEO Bob Iger until 2019.

Lego was the biggest winner in the brand reputation rankings in 2016, rising up to second from its sixth spot the previous year.

While the toy company's competitors Hasbro and Mattel had mixed results, Lego has been on a great streak of performance. From 2010 to 2015 the company's revenues more than doubled and sales increased by 6% in 2016.

It also announced the appointment of the company's first non-Danish CEO, Bali Padda.

Rolex's position as the most reputable brand in the world is due to its incredibly high reputation for products and services. It was in the top 10 for every category in those areas.

The luxury market struggled in 2016, growing only 1%, but the Swiss watch brand successfully withstood the test of the Apple Watch, which launched with a luxury edition.

Last year, Rolxes announced its first watch in over 60 years with a moonphase complication, which makes sure it stays accurate for 122 years without adjustment. It also tells the current lunar phase.

The luxury watch brand was founded in London in 1905 before moving operations to Switzerland at the end of World War I.

REUTERS/Arnd Wiegmann
Up Next