These 8 retailers are actually opening stores 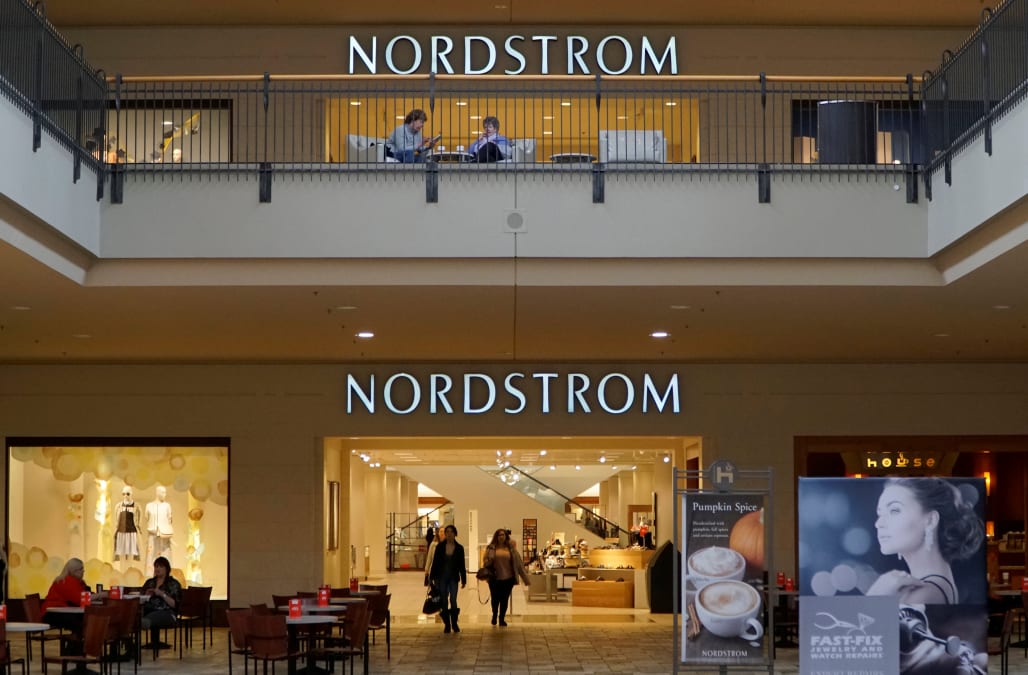 While the past year has been brutal for many retailers, with numerous chains either closing stores or shutting down entirely, there are some companies bucking that trend.

These are retailers that have seized the opportunities created by a down market. Not every company on this list has managed to completely solve the problems created by the consumer migration to the internet, but most have managed to find a balance.

For many of these chains, the misfortune of others has created opportunity. Some are thriving while others find their way in the rapidly changing marketplace. However you look at it, these companies are adding stores and growing at one of the most challenging times ever for retail.

8 retailers that are actually opening stores

Discount stores have generally bucked the current retail trend, and Dollar General (NYSE: DG) has been one of the leaders in that space. The company plans to open 1,000 new stores in 2017 -- that will come on top of the 900 locations the company added last year.

Costco (NASDAQ: COST) exemplifies the idea that slow and steady wins the race. The chain has plodded along in its usual fashion year after year seemingly unfazed by industry headwinds and competitive jostling.

Last year, Wal-Mart (NYSE: WMT) closed 269 locations, but it still saw net additions to its network. Over 100 of those closures stemmed from the shuttering of its small-format Express locations, which management originally hoped would be a source of future growth.

Going forward, Wal-Mart plans to open 59 new locations in the U.S. in 2017. That is in line with its normal expansion pace, and that growth will include new SuperCenters and more Sam's Club locations. To service those stores and a growing digital business, Wal-Mart will open new distribution centers as well.

While Wal-Mart has abandoned its Express concept, Target (NYSE: TGT) is embracing the idea that going small can allow it to access markets and areas it otherwise would not be able to. The chain expects to operate over 100 small-format stores within the next few years, including one in New York City's Herald Square.

Furthermore, Target also plans to redesign 600 of its locations by 2018. Like the smaller stores, they will feature a modernized design highlighted by "glazed, large glass windows at the front of store, stenciled concrete floors and unique lighting throughout," the company said in a press release. "Additionally, the new design offers two entrances, each with a specific guest need in mind."

One entrance will be for customers looking to shop the store. It will feature market-appropriate seasonal displays. The second location will serve grab-and-go customers looking for a quick snack or other fast-serve items as well as those picking up digital orders.

While many of its department store rivals have struggled mightily, Nordstrom (NYSE: JWN) has done surprisingly well. The chain exceeded its earnings forecast in 2016 despite full-year comparable-store growth falling 0.9%.

The company has been slowly growing its store footprint, adding five locations in Canada in the fourth quarter alone, along with 21 of its lower-priced (albeit still higher-end) Nordstrom Rack stores. In 2017, the company has planned one new full-line store as well as 15 new Rack locations.

Like many of the other persevering companies on this list, TJX Companies (NYSE: TJX), which owns Marshalls and T.J. Maxx, has succeeded by discounting. Both chains, as well as sister brand HomeGoods, offer a wide, changing selection of lower-priced merchandise. This model helps drive customer traffic as shoppers visit the stores more often, not knowing what deals they might find each trip. It has clearly worked well with the company delivering 21 straight years of comparable-store sales increases.

In its past fiscal year, TJX Companies added nearly 200 stores globally. It plans to continue that growth in 2017 with the company having a long-term plan to add 1,800 more locations for a total of 5,600. And that only includes growth of existing chains in established markets. The company is launching a fourth concept in 2017, which the company will test in two locations.

Hobby Lobby opened 56 new stores in 2016 with more coming this year. The chain, which bills itself as "the world's largest privately owned arts and crafts retailer," expects to open 60 new locations in 2017, all in the U.S. That would bring its total number of stores to over 750. Between 1,700 and 2,500 employees will be hired to staff the additional locations.

Dick's Sporting Goods (NYSE: DKS) has been a rare success story in a market that has seen major competitors like Sports Authority go bankrupt, while remaining players struggle to stay afloat. Dick's has encountered its own challenges, but overall, it has managed to deliver growth in the face of increased online competition.

In 2017, the company, which operates the Golf Galaxy chain as well, expects to open 43 new Dick's and nine Golf Galaxy stores. In some cases, the new stores will be converted Sports Authority or Golfsmith locations that Dick's acquired.

Photographer: Sean Proctor/Bloomberg via Getty Images
Up Next

David and Tom just revealed what they believe are the ten best stocks for investors to buy right now... and Wal-Mart wasn't one of them! That's right -- they think these 10 stocks are even better buys.

*Stock Advisor returns as of March 6, 2017
The author(s) may have a position in any stocks mentioned.