AOL and Yahoo plan to call themselves by a new name after the Verizon deal closes: 'Oath' 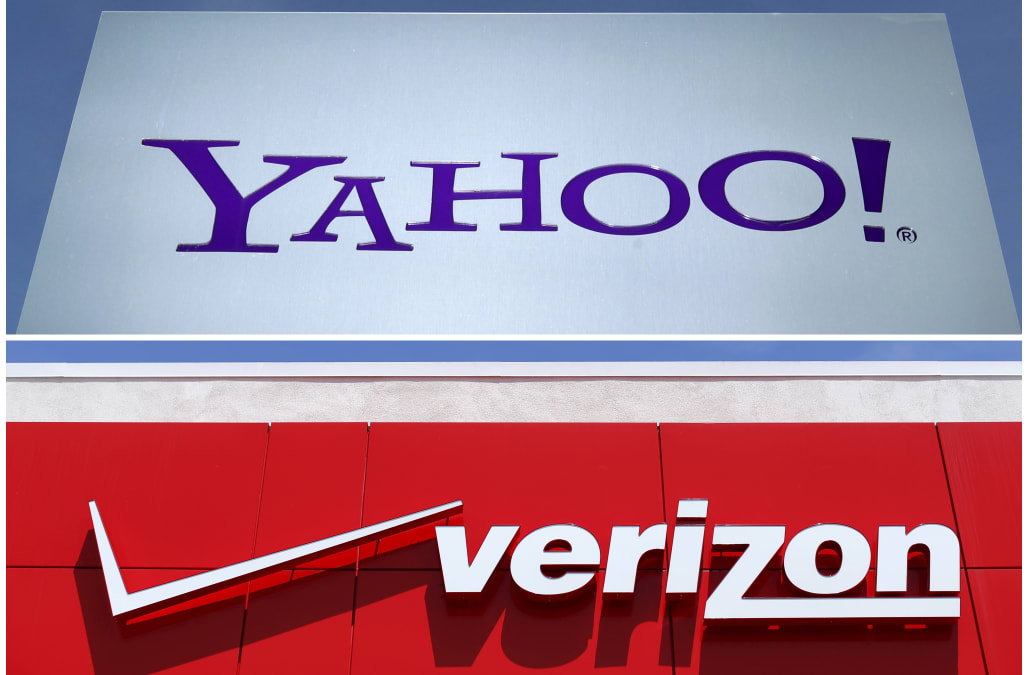 When Verizon merges Yahoo with AOL after its acquisition of Yahoo closes, the newly created division will get a new name.

In a deal that was announced in July, Verizon will acquire Yahoo's core internet business for about $4.8 billion in cash.

Yahoo will be merged with Verizon's AOL unit under Marni Walden, the executive vice president and president of product innovation and new businesses, with Verizon scooping up Yahoo's search, mail, content, and ad-tech businesses.

In January, Yahoo announced in a Securities and Exchange Commission filing that after the close of the merger, the parts of Yahoo that Verizon is not buying — which includes Yahoo's 15% of the Chinese retail giant Alibaba and a part of Yahoo Japan, a joint venture with SoftBank — would continue under the name Altaba.

It's unclear if the Yahoo name will live on for any part of the internet business that will be run by AOL. However, a big new branding campaign is expected in the coming week, along with more details about the new company.

Yahoo declined to comment on the new name. While an AOL spokeswoman neither confirmed nor denied the new name, she told us to watch for the "launching" of the new company.

"In the summer of 2017, you can bet we will be launching one of the most disruptive brand companies in digital," she said.

The Yahoo-Verizon deal is supposed to close in the second quarter of 2017, perhaps on or before April 24. After April 24, the parties can seek a three-month extension, but there's also an opening for either party to terminate the deal.

SEE ALSO: This woman has been given the job of merging Yahoo with AOL

SEE ALSO: Why Marissa Mayer's team is looking into getting fired by Verizon