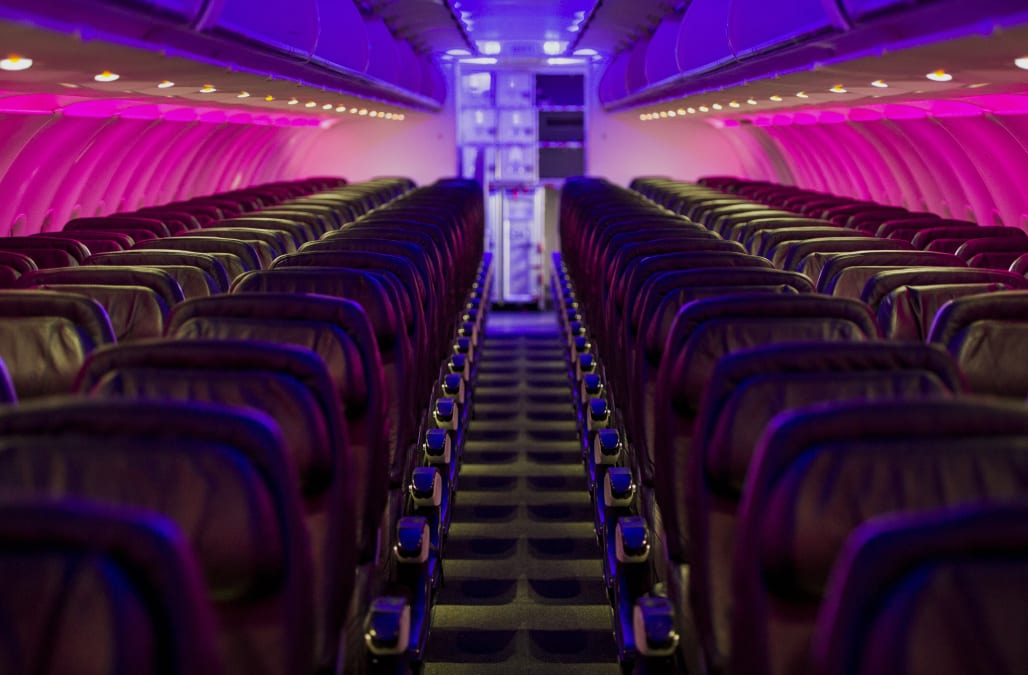 It might be time to book yourself onto a Virgin America flight before the brand goes away forever.

Late on Wednesday, Alaska Airlines announced that Virgin America's will disappear in 2019.

After buying Virgin last year in a $2.6 billion merger, Alaska has promised to retain the "flair" that fans associate with Virgin, such as free in-flight entertainment, colourful mood lighting and upbeat music while boarding.

But apart from the frills, other aspects of Virgin will fade away. Of most material worth to travellers is Virgin's frequent flyer plan, which will soon go.

Ugh, so now what with our points?! @VirginAmerica@AlaskaAir@thepointsguyhttps://t.co/MRaDTvxkCo

The mood lighting, which used to flash Virgin's pink and purple colours onboard, will become blue. Of course, staff will wear new uniforms by 2019 as well.

Many elements will remain including mood lighting. pic.twitter.com/RUBIA9kLSC

Branson didn't hide his disappointment with Alaska's decision, despite the latter promising to stay true to Virgin's frills.

RELATED: The world's most loved airlines

He said: "If you miss flying Virgin America, you still have your beautiful sisters; Virgin Atlantic is starting service from London to Seattle next week, and Virgin Australia is starting direct service from Melbourne to Los Angeles the week after that."

"It is a sad (and some would say baffling) day." People on Twitter were similarly heartbroken:

A look inside the strategy session for @AlaskaAir killing off the @VirginAmerica brand... pic.twitter.com/xasW2Jbeh1

A sad and extra foggy day for the skies above #SanFrancisco . We'll miss you @VirginAmericahttps://t.co/boJwvTzakK

This is by far the worst news all day. So sad. 💔😢@VirginAmericahttps://t.co/U3xse83oCv

Because they suck. I'm going to miss @VirginAmerica so bad. #NoMorePartyPlanehttps://t.co/WLGR7mW9T7

More from Mashable:
The country where people devour pasta, wine and olive oil is the world's healthiest. Really.
Walking with Neil Gaiman is the best thing you can do in the winter
Shiba Inu is a 1-dog band in this hypnotizing singception