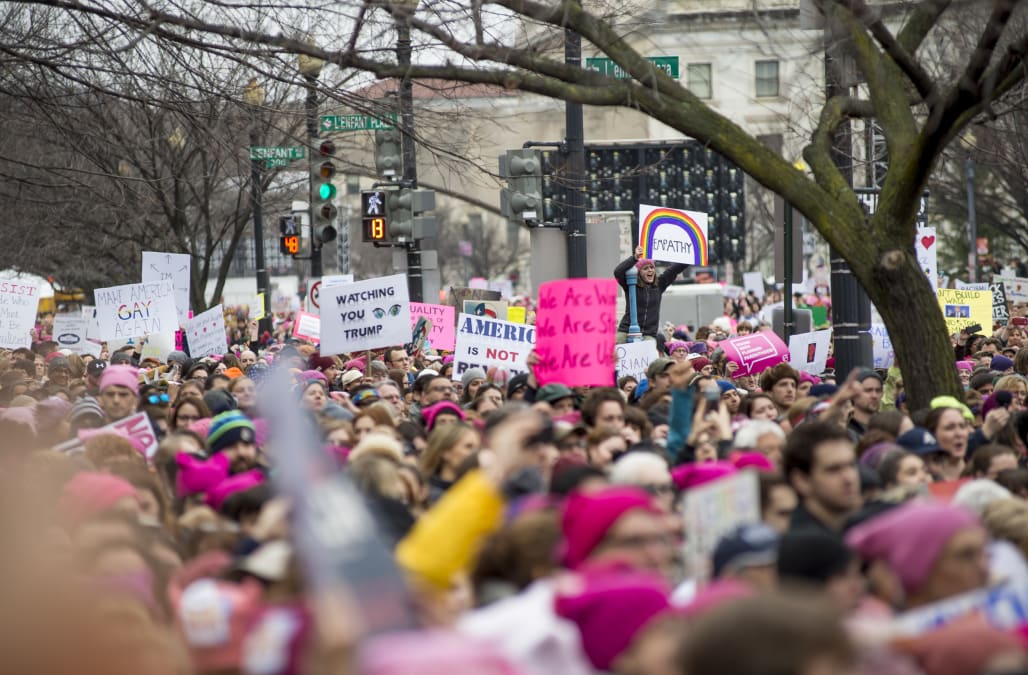 You could call it the "Trump bump" for office supply companies.

According to market research company NPD, in the week before the Women's March in January, sales of some office supplies were up by as much as 42% versus last year during the same period.

$6 million were spent on a mix of poster and foam boards, paint markers, flip charts, fabric paint, staplers, and specialty iron-ons in just one week.

In total, 6.5 million poster boards were sold in the US in the month of January — nearly a third of those were sold the week before the Women's March, which occurred across the globe on January 21.

The Women's March was a worldwide protest that addressed a number of issues, including President Trump's past statements about women and civil rights more broadly. It was meant to send a message to the new administration on Trump's first day in office. According to Women's March, over 5 million people protested worldwide, 1 million of which were in Washington DC.

Photos of the signs that protesters held quickly spread on social media and became emblematic of the day's events. Here are a few of those photos: