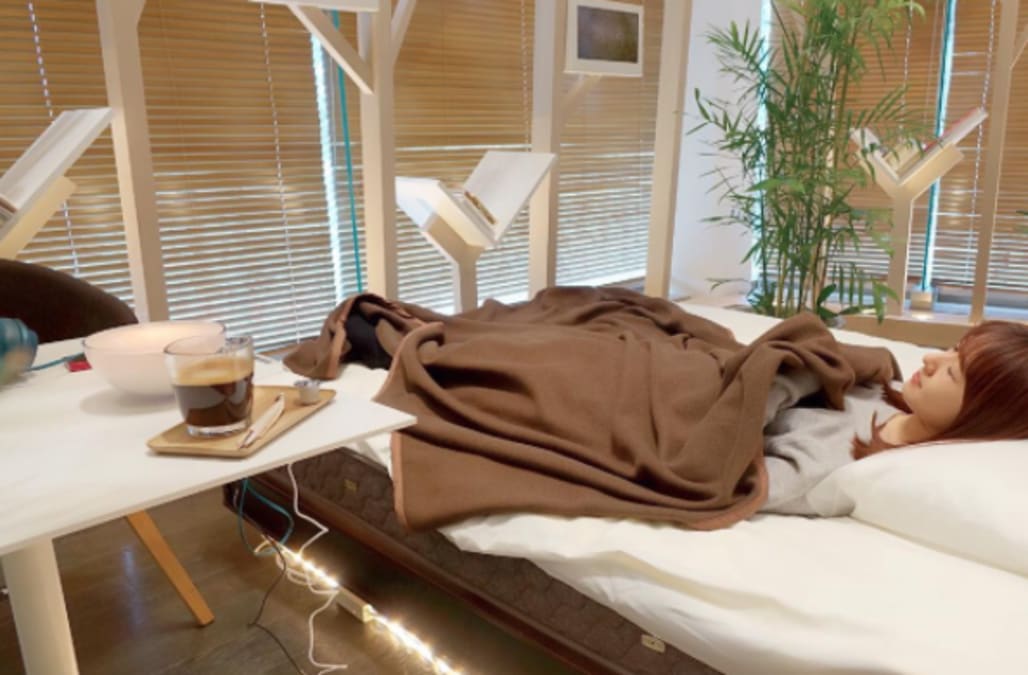 Japan has once again proved that it is indeed home to all things weird and wonderful.

A new nap cafe has opened up in Tokyo's Harajuku district, part of a new collaboration between Nescafe and France Bed to mark World Sleep Day.

The cafe, which is only open for a limited time at Nescafe Harajuku, houses ten plush beds from the Japanese bed maker, priced at a cool $9,000 each.

Each bed will also comes with a Philips Hue light and Sony headphones, so you can truly reach your REM cycle with no interruptions.

There is one catch however — customers can only sleep for two hours, and are required to order at least one food item from the cafe's menu.

Before they go to bed, they'll be served a free cup of Nescafe's decaffeinated coffee, and another cup of regular coffee upon waking up.

The cafe will only be around until March 26 so hurry up and get your snooze on.

More on AOL.com:
American Airlines is challenging Delta by bringing back free meals
New Zealand is the hippest new escape plan for Americans
The rich are moving -- and here's where they're going

WATCH: If this alarm clock can't get you out of bed in the morning, nothing will