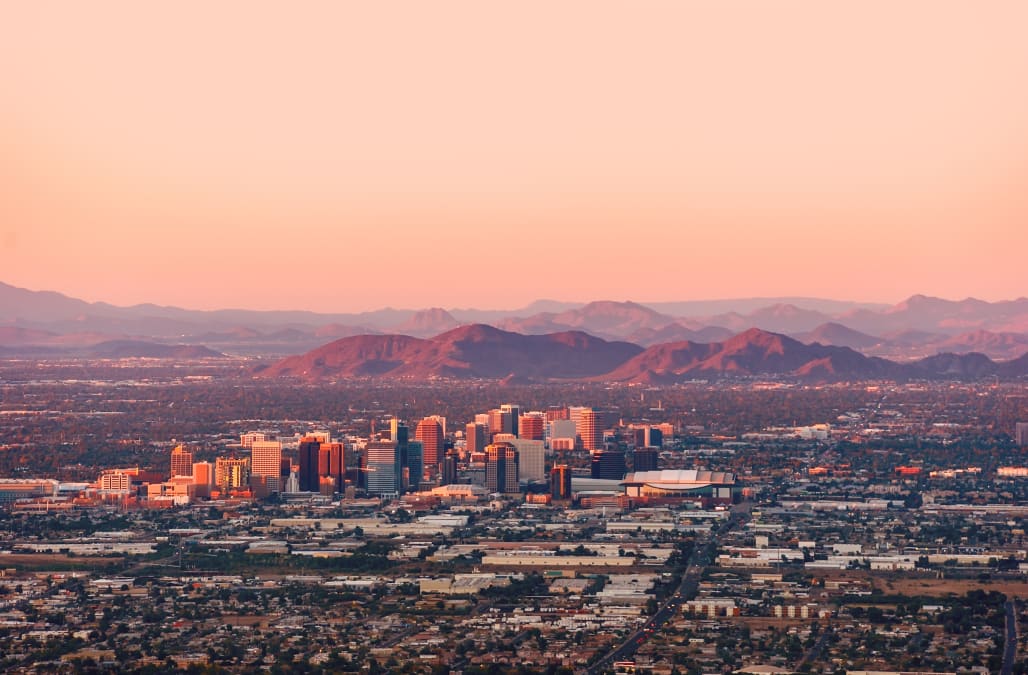 Tech workers looking to get the most bang for their buck in the U.S. would be wise to check out job listings in Seattle, according to a new study suggesting San Francisco's tech base misses out on thousands of dollars in disposable income each year compared with their colleagues in the Emerald City.

SEE ALSO: Top 10 states for low or no income tax

Seattle is regularly cited as one of America's premier destinations for tech workers, and Thursday's report from Zillow and LinkedIn suggests this trend is no accident, as the city offers an ideal combination of tech employment opportunities, high wages and manageable rental and homeownership costs.

With the city's close proximity to major employers like Amazon, Microsoft, Expedia and PayScale, Seattle-based tech workers who own their own homes end up with an average of nearly $6,000 each month after paying taxes and housing costs, according to the study.

That's nearly $1,000 more than the average tech worker in Austin, Texas – the study's second-ranking tech city – collects during a given month. Pittsburgh ended up ranking third in terms of disposable income, while the San Francisco Bay Area – situated in the country's second-lowest scoring state for housing affordability, according to the U.S. News Best States project – managed fourth.

Still, the average home-owning tech worker in Denver, for example, was found to sacrifice more than $100 in disposable income each month – due mostly to comparatively lower salaries – by choosing to live and work in Colorado as opposed to San Francisco. Denver's tech renters, meanwhile, pocketed an average of nearly $600 less than their colleagues in San Francisco did each month.

"High demand and inventory shortages have driven up housing prices in some markets so much that even if you land a great job, the salary might not cover living within commuting distance," Svenja Gudell, a chief economist at Zillow, said in a statement accompanying the report, describing the study's "sweet spots" like Seattle as "places with great job markets and housing markets that will leave you with some cash at the end of the month."

But housing affordability is relative, and job opportunities aren't uniform across industries. What works for tech workers in Seattle, for example, may not pan out for those working in another field. For health care workers looking to maximize job opportunities, wages and housing expenses, the study found that Phoenix is the best place to be, followed closely by Indianapolis and Boston.

Finance workers, meanwhile, need look no further than Charlotte, North Carolina, which narrowly beat out the Dallas/Fort Worth region of Texas for the top spot. Phoenix, Boston and Chicago rounded out the top five.

Notably, West Coast cities only ranked in the top five of any industry for tech, and the San Francisco Bay Area failed to rank in any field's top three. Though job opportunities are generally considered to be good in the city, Thursday's study chalked up San Francisco's lackluster performance to the city's considerable cost of living.

"Over the past decade, housing prices in coastal markets have shot up, in large part due to demand from workers following high-paying jobs," said a press release accompanying the report. "West Coast housing affordability is the worst in the nation; renters and homeowners there often spend nearly half the median income to rent a typical home, while a rental in the middle of the country costs more like 25 percent of the median income."

RELATED: Best US cities to sell a home

10 PHOTOS
Best US cities to sell a home
See Gallery

Best US cities to sell a home

Portland, Oregon narrowly beat two other Northwest cities – Seattle and Eugene, Oregon – to close out the top 10. If you are new to the home selling process, Portland is not a bad place to be. The city has 1.33 real estate offices per 1,000 residents. That’s the fourth-highest rate in the top 10 and the 30th-highest rate in the study. One potential drawback to selling in Portland is that the city has the third-highest average closing costs in the top 10 at $2,676.

Selling your home in Dallas is a lot like selling your home in Plano or McKinney. The home sits on the market for a relatively long time (50 days on average) but you can expect to make some money once it sells. Median home values in Dallas rose 4.48% from 2011 to 2015. That’s the 21st-largest change in the country.

Situated between McKinney and Dallas is Plano, Texas, the eighth-best city to sell a house. With its low price-to-rent ratio, Plano is one of the best cities to buy a home. It’s even less likely to sell a home at a loss in Plano than it is in McKinney. Just 0.6% of homes here sell for a loss. For a clearer picture that means if 200 homes being sold in Plano, only one of these would be expected to sell for a loss. However, one downside of the selling process in Plano is that it may take a little while to get a home here off the market. Our data shows that homes in Plano sit on the market for an average of 50 days.

McKinney starts off a chain of three northeast Texas cities in our top 10. With a population of around 150,000, McKinney is the smallest city to crack our top 10. But this small city is packed with value. McKinney residents saw median home values shoot up over 10.6% from 2011 to 2015. That rising value means that there’s significantly less risk in taking a loss on selling a home here. Our data shows that 1% of homes in McKinney are sold at a loss.

If you are a homeowner in Aurora looking to sell, the odds may be in your favor. Median home values are up 3.45% from 2011 to 2015, and only 0.7% of homes are sold for a loss. Plus, Aurora also has the lowest average closing costs in the top 10 ($2,180). That’s also the 12th-lowest in the study overall. However finding help selling your home in Aurora may be more difficult than in other cities. It has the fewest real estate offices in the top 10.

Colorado Springs comes in fifth for best places to sell a house. Given that Colorado Springs has some of the lowest taxes in America, it’s not too surprising that people are looking to move here. This city has the second-lowest average closing costs in the top 10 and the second-highest number of real estate offices per 1,000 residents.

Irving comes in right behind Grand Prairie, scoring only 0.15 fewer points on our index. The two Texas cities have similar scores but Irving ends up falling just short due to higher average closing costs ($2,517 compared to $2,419). In fact, Irving’s closing costs rank 65th in the study.

We recently found that Denver is the best city for homeowners so we weren’t surprised to discover that it’s also the best place to sell a home. Denver scores in the top 10 in three different metrics. Specifically, it has top 10 scores for change in median home value, average days on the market and real estate offices per 1,000 residents. Denver sellers will want to be aware that closing costs in the city are on the high side. Average closing costs in Denver are $2,435. Denver ranked 51st in that metric.

More on AOL.com:
25 coolest places to retire in the world
Airbnb raises another $1 billion, and it's actually profitable
Where millennials pay the highest taxes - 2017 edition
​​