More Wells Fargo customers may be affected by sales scandal 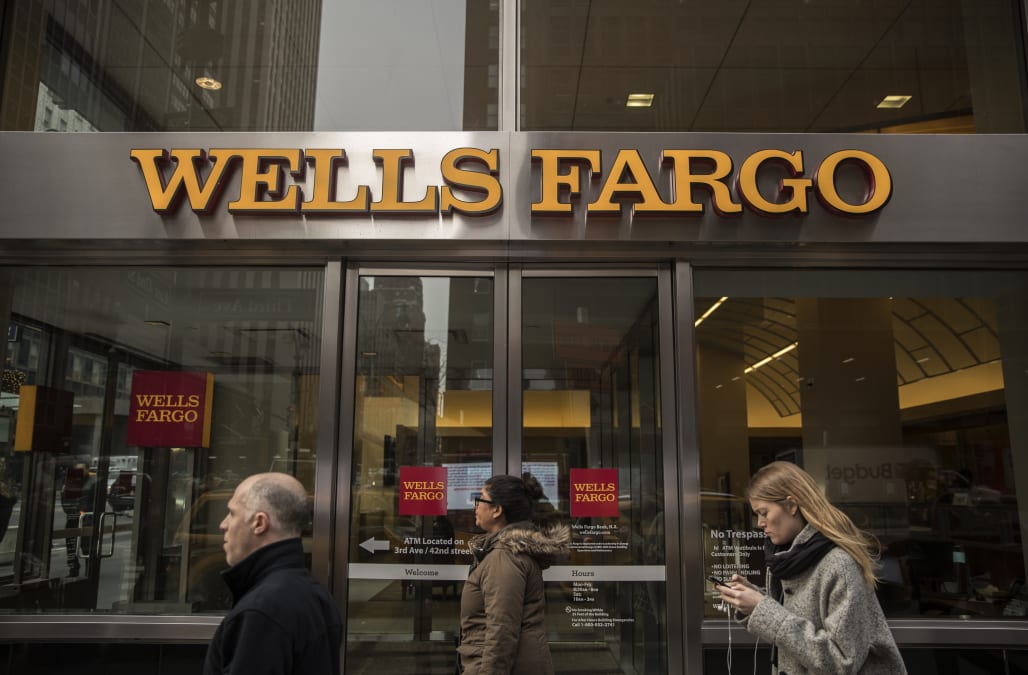 March 1 (Reuters) - More Wells Fargo & Co customers may have been affected by a scandal over phony accounts than previously believed, the third-largest U.S. lender said in a regulatory filing on Wednesday.

Wells Fargo had previously estimated that up to 2.1 million customers may have had checking and credit-card accounts opened in their names without their permission over a period of several years.

As part of an expanded review there could be "an increase in the identified number of potentially impacted customers," Wells said.

The search for unauthorized accounts now covers a broader time frame, from 2009 to September 2016. An ongoing analysis of customer data may also be turning up more affected customers, according to Wells' annual 10-K filing with the U.S. Securities and Exchange Commission.

In a separate filing, the bank said it expects to release findings of the review ahead of its annual meeting on April 25.

Video obtained by The Washington Post captured President-elect Donald Trump using vulgar terms to brag about groping and kissing woman. The video was from 2005 and Trump was talking to Billy Bush who was an Access Hollywood host at the time. Trump labeled the video "locker room talk".

Olympic gold medalist Ryan Lochte claimed that he and three other Team USA swimmers were robbed at gunpoint in Rio by men claiming to be police. Police in Brazil refuted his claims and it was later discovered that he lied about the incident.

Kanye West was hospitalized for exhaustion after the remaining dates of his Saint Pablo Tour were called off. TMZ reported that he suffered a nervous breakdown that was triggered by the anniversary of his mother's death.

Former chairman & CEO of Fox News, Roger Ailes, stepped down from his position after the network's former anchor, Gretchen Carlson filed a sexual harassment lawsuit against him. Fox eventually reached a $20 million settlement with Carlson.

The skyrocketing costs of EpiPen's manufactured by Mylan NV pharmaceutical company was brought to the forefront in 2016. The price of the medication used by allergy sufferers increased by 400% over the past decade.

Former New York congressman Anthony Weiner was embroiled in another sexting scandal in 2016. His wife and top aide to Hillary Clinton, Huma Abedin, announced she would be separating from her husband in August after the new allegations of sexting surfaced.

Employees in Wells Fargo's community banking division were accused of opening nearly two million unauthorized accounts to reach sales goals. Wells Fargo was hit with $185 million in fines and thousands of people were fired in connection with the fraud scheme.

After two years of marriage and more than a decade together actress Angelina Jolie filed for divorce from Brad Pitt. The actor was investigated on child abuse accusations after an incident on the family's private plane, but he was eventually cleared of any wrongdoing.

An investigation at Baylor University uncovered 17 separate acts of sexual assault by 19 members of the Baylor football team. Coach Art Briles was fired but denies that he was told about the alleged crimes. Other school officials also reportedly knew of the assault accusations and failed to take the appropriate steps to address them.

The scandal surrounding Bill Cosby took a major step forward in 2016 when a judge ruled that the actor must stand trial on sex abuse charges. More than 50 women have come forward claiming that Cosby sexually abused them over the past several decades.

More than 1,000 Russian athletes are now accused of being involved in a doping program. A report by the World Anti-Doping Agency says that the athletes span across 30 sports. Russia has been stripped of several Olympic medals due to the scandal.

The scandal that started in 2013 came to a head in 2016. New Jersey Governor Chris Christie's top aide, Bridget Kelly and a former Port Authority executive, Bill Baroni were found guilty on all counts in the George Washington Bridge trial. They were accused of intentionally causing a traffic gridlock in Fort Lee during morning rush hour for a week in September 2013.

Amber Heard filed for divorce in May and soon after that she also filed for a restraining order against Depp claiming he threw a cellphone at her during a fight. The two reached a multi-million dollar settlement that is supposed to be donated to the ACLU and Children's Hospital of Los Angeles.

CNN severed ties with Interim Chair of the Democratic National Committee and network contributor Donna Brazile after it was revealed that she sent debate questions to Hillary Clinton's camp ahead of the CNN debate.

Nearly a decade ago the Pentagon was offering soldiers bonuses of $15,000 or more to entice them to reenlist and fight in Iraq and Afghanistan. In 2016, officials were demanding that thousands of those soldiers repay the money because the bonuses were given improperly. Defense Secretary Ash Carter eventually suspended the efforts to take the money back.

In July, Kim Kardashian posted a video of her husband and Taylor Swift discussing the lyrics to Kanye's song, "Famous." Swift had said that she was never made aware of the song's lyrics but many people think the videos that Kim posted on social media show that she did.

Wells initially disclosed the number of affected customers as part of a $185 million settlement in September, leading to multiple government probes, lawsuits and an internal review, and hurting Wells Fargo's reputation.

Thousands of employees were fired over customer abuses, which stemmed from aggressive sales targets implemented by managers. Wells' then-CEO John Stumpf abruptly left the bank because of the scandal.

Wells has been working to repair the damage, in part by determining whether customers were charged improper fees or had their credit scores hurt by the phony accounts.

The San Francisco-based lender does not expect that any additional remediation efforts will have a "significant financial impact." However, it said the review could lead to more legal or regulatory proceedings, reputational damage and other negative consequences.

More from AOL.com:
Papa John's is letting customers pay extra to cut ahead of everyone else in line (PZZA)
Why sales of McDonald's Filet-o-Fish sandwiches could surge in next few weeks
McDonald's could kill the drive-thru as we know it