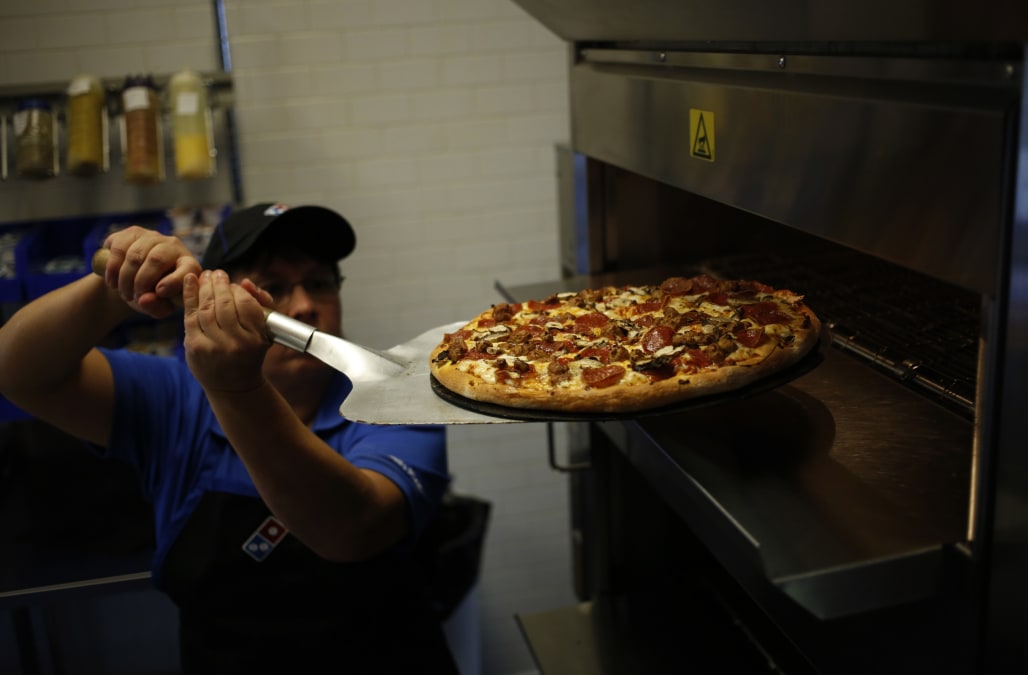 Following a slew of allegations regarding Domino's, a popular international pizza chain, another former employee has come forward with even more shocking claims.

The rumors began swirling on February 5 when customers in Dartford, England, snapped pictures of what looked like Domino employees shopping in the local Aldi. While that doesn't initially seem suspicious, the employees were allegedly buying bulks of frozen chicken and bags of potato wedges because their store ran out.

Domino's responded to the incident claiming the employees were doing personal shopping for a 'big sporting weekend.'

Shortly after these rumors, however, an anonymous former UK staff member, who worked at the chain for over three years, revealed surprising information to FEMAIL. The allegations ranged from using the same pizza cutter to slice meat, fish and vegetarian pizza to using full-fat cheese instead of low-fat when the store ran out.

Check out what else the former employee had to say in the slideshow below.

The Food Standards Agency has responded to the claims, stating, "We have zero tolerance for any store which fails to comply with our high operational standards and we run over 3,000 unannounced audits annually, to ensure all policies are adhered to. Nevertheless, we have taken the opportunity to remind every store about the strict standards we expect."