Whole Foods is getting beaten at its own game 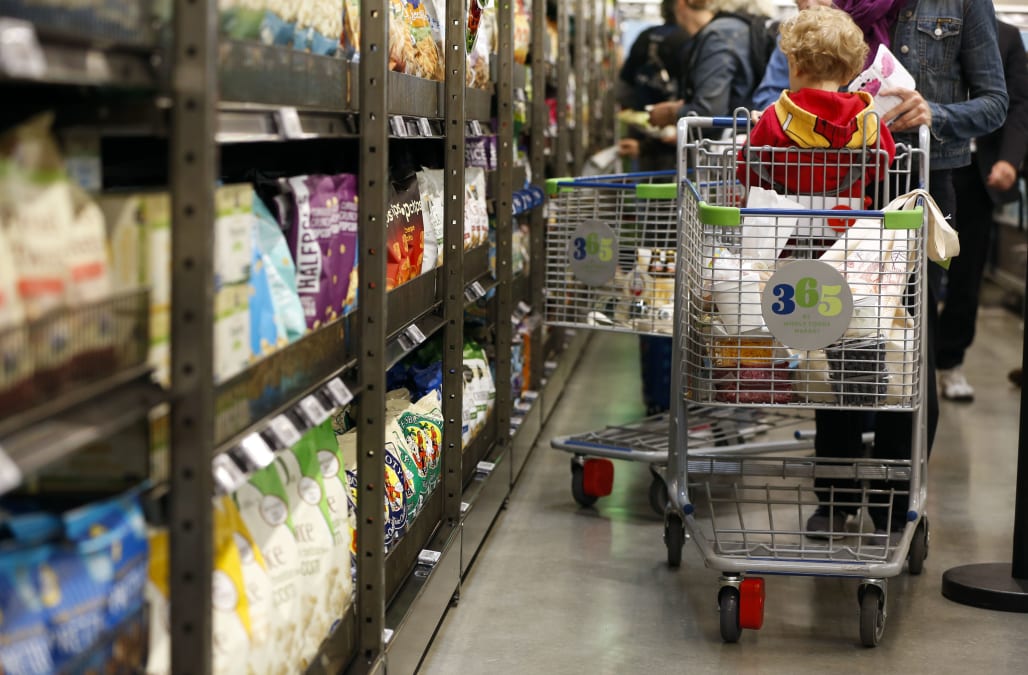 Whole Foods has a paradoxical problem: Its products are just too popular.

The high-end grocery chain said it would close nine stores last week after a year and a half of falling same-store sales.

Yet ironically, the organic food craze it pioneered has never been bigger.

Responsibly-sourced groceries now see the sort of demand of which Whole Foods could only dream during its early decades of relative obscurity.

But there's a catch: All the fuss over organic fare has drawn the eye of mass-market competitors like Kroger, Walmart and Costco which can easily undercut the store's steep prices.

Consumers no longer need to make the trip to a specialty store when they can find the same labels at their local supermarket or big-box store for cheaper.

"The more conventional mainstream supermarkets have upped their game," Whole Foods CEO John Mackey said in an earnings call last week. "We're going to do the best job that we can to keep our core customers from migrating back over to those guys."

Mackey probably never envisioned this problem when he founded Whole Foods with his then-girlfriend in 1980. The original Austin, Texas store was a quirky health food shop called SaferWay, a spoof of Safeway. The couple lived there and showered with a hose attached to the dishwasher.

The company bet that consumers would pay a little extra cash for fresher, cleaner food well before anyone cared what "organic" meant.

The prediction paid off massively when shoppers started to put more weight on food safety in the early 2000s.

Organic food sales have steadily climbed throughout much of the time since, according to the Organic Trade Association. Until recently, Whole Foods had grown with it, doubling its number of stores from fewer than 200 in 2006 to more than 400 today.

"We were ignored for most of our history. Nobody paid any attention to us," Mackey said in last week's call.

"But we continued to expand and grow and we got more and more successful, and then the conventional supermarkets ... began to pay more attention."

The company grew more slowly after 2008, as mass-market rivals elbowed their way into the space. By 2015, those competitors collectively controlled a lion's share of the organic market — around 53 percent.

Whole Foods is now desperately searching for ways to slash prices without sacrificing the quality its customers have come to expect.

Its biggest project towards that end is a new type of store called "365," which is aimed at cost-conscious millennials. Data shows that organic food buyers are overwhelmingly between the ages of 18 and 34.

Mackey said the chain will also slow its expansion plans to re-focus on its "core...Whole Food-y customers" to prevent them from fleeing for cheaper alternatives. It is mailing national coupons for the first time, and steadily cutting prices at many of its locations.

"I do think the world is very different today than it was five years ago," Mackey said in the call. "And Whole Foods is adapting to the new world it finds itself in."

BONUS: Why Are Some People Allergic to Gluten?

More from Mashable:
Here are the stores that have dumped Trump
Burger King brings romance to Valentine's Day with two-holed soda cup
How one company is transforming trash into clean energy