A German grocery chain with the power to cripple Aldi, Whole Foods, and Trader Joe's is about to invade America 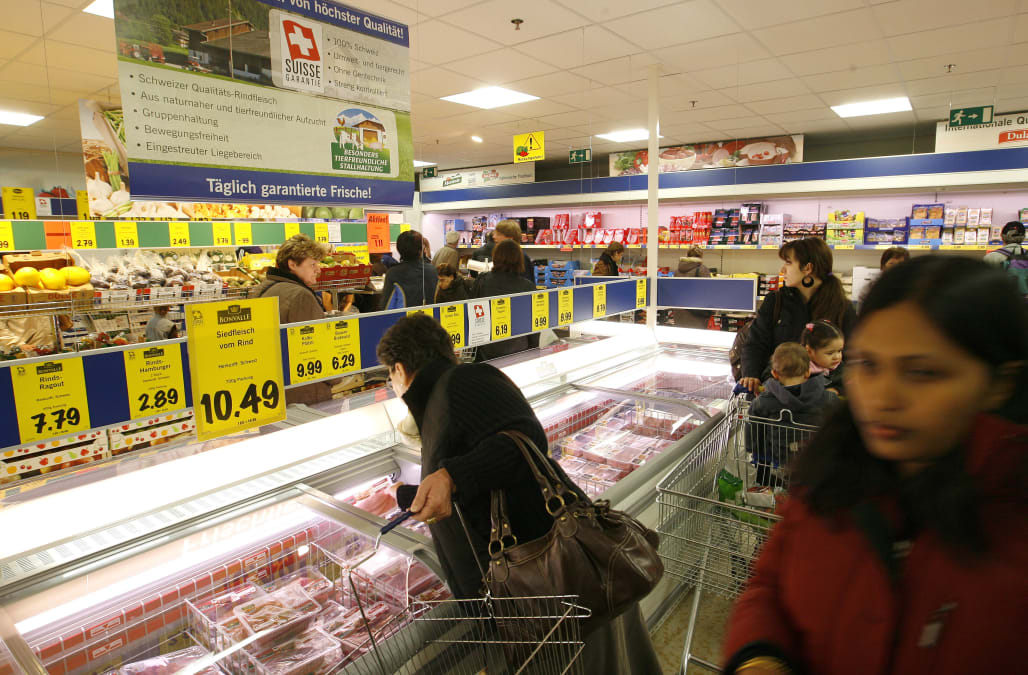 A highly competitive European grocery chain is about to descend on the US.

The German supermarket chainis gearing up to open 100 stores across the East Coast by mid 2018, with the first 20 stores opening this summer in Virginia, North Carolina, and South Carolina.

The chain plans to eventually open as many as 600 stores in the US, according to a copy of a company presentation obtained by Business Insider. Lidl currently has 10,000 stores in 27 European countries.

In the presentation, Lidl describes itself as a cross between Trader Joe's and Harris Teeter.

Overseas, the chain is known for its rock-bottom prices and it's most closely associated with discount grocer Aldi, which is also based in Germany.

But it appears that Lidl is trying to set itself apart from Aldi in the US.

"After three years of research we discovered that US consumers don't like discount groceries," the presentation reads. "Unlike Aldi, the Lidl will be a hybrid similar to Trader Joe's or Harris Teeter but closer to a Trader Joe's. We will sell high end brands, quality not quantity, best products only."

Locally-sourced products, wine, and coffee will be a main focus of the US stores, according to the presentation, which was provided to residents of a Maryland community where Lidl is building a store.

Lidl's US stores are expected to be between 30,000 and 36,000 square feet, which is about twice the size of an Aldi store, but still much smaller than a traditional supermarket like Kroger, which averages about 165,000 square feet.

The chain's US headquarters is in Arlington, Virginia, and it's building warehouses in Cecil County, Maryland; Mebane, North Carolina; and Fredericksburg, Virginia.

Lidl and Aldi — which has 1,300 stores in the US — expanded rapidly in the UK over the last several years and completely upended the country's grocery market, sending its largest supermarket chains into a crippling price war.

In the most recent quarter, both Lidl's and Aldi's sales soared, increasing by 7.5% and 11.8%, respectively, according to data from Kantar Worldpanel.

Meanwhile, sales grew modestly or fell at the UK's four biggest supermarket chains. Sales increased by 1.3% at Tesco and 1.2% at Morrisons, and declined at Asda and Sainbury's by 2.4% and 0.1%, respectively.

This has been an ongoing trend for the last several years, with Lidl and Aldi growing their market share at the expense of the so-called "big four" supermarkets in the UK.

Like rival Aldi, Lidl keeps prices low by limiting inventory to a lean selection of private-label items, versus traditional supermarkets that tend to carry several different brands of a single product.

Lidl keeps prices low in the UK by selling a limited assortment of private label goods and investing far less in customer service and merchandising than traditional grocers.

Most of the stores' products are displayed in their shipping cartons to make restocking quick and easy. That means fewer workers are needed on the sales floor.

Lidl also saves money by requiring customers to bring their own shopping bags and bag their own groceries.

In addition to groceries, Lidl sells appliances and furniture, and it debuted a women's collection in August 2014 that sold out within the first three days. The collection included a faux leather jacket costing 14.99 euros and chiffon blouses.

Since then, the retailer has launched a men's collection, a line of handbags, and a fitness brand.

But Lidl will have a lot of work to do to catch up to Aldi in the US, which now has more than 1,300 stores in the country, with plans to open another 600 within the next couple years.

NOW WATCH: What those 'sell-by' dates on your groceries really mean