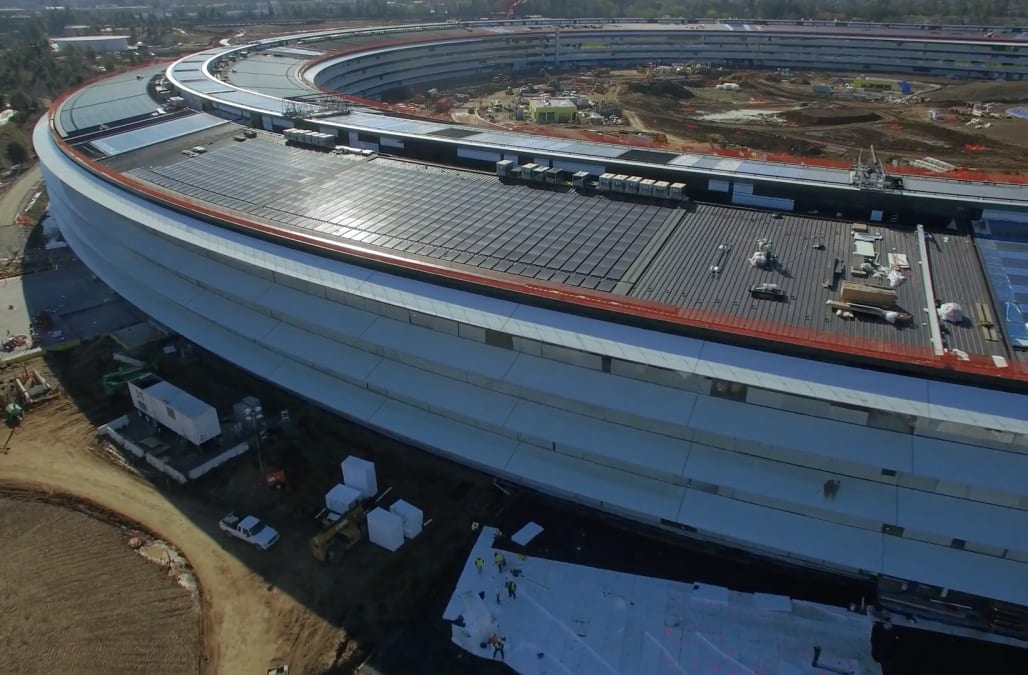 Construction on the project, titled Apple Campus 2, started in 2013 and planning was in the works for many years before that.

At a company-wide meeting last year, Apple CEO Tim Cook said that some of the first employees would likely move in by the end of January 2017.

But Cupertino's city inspector said last fall that it believed the project was behind schedule, and landscaping on the project isn't supposed to wrap up until next quarter, according to the City of Cupertino.

Regardless, the campus will be finished this year. Drone photographers Matthew Roberts and Duncan Sinfield have the latest look:

This is Apple Campus 2 from a distance.

Here's a peek inside, thanks to leaked photos from Apple.

But the landscaping still has a long way to go. There are still puddles of standing water around the campus.

Another one, this time in the middle of the ring.

Good thing that the project has until Q2 to finish landscaping. Here's the latest project schedule.

The auditorium is nearly finished. This is likely where Apple plans to launch the next iPhone or another upcoming product.

The parking lots are done too. Construction workers are parking in them now.

Here's a closer look. Those are solar panels on top.

Vast fields of solar panels on top of a parking structure — smart and environmentally friendly.

Apple's R&D facilities are done too, and paving parking lots has started.

Some landscaping has started. Apple has planted these trees, for example, and started to build a path.

But Apple plants trees differently than most people.

Here's what it should look like when it's done, according to an artist's rendering.

City of Cupertino
Up Next

Check out the drone videos below: