Roger Goodell has made more than $150 million as NFL commissioner 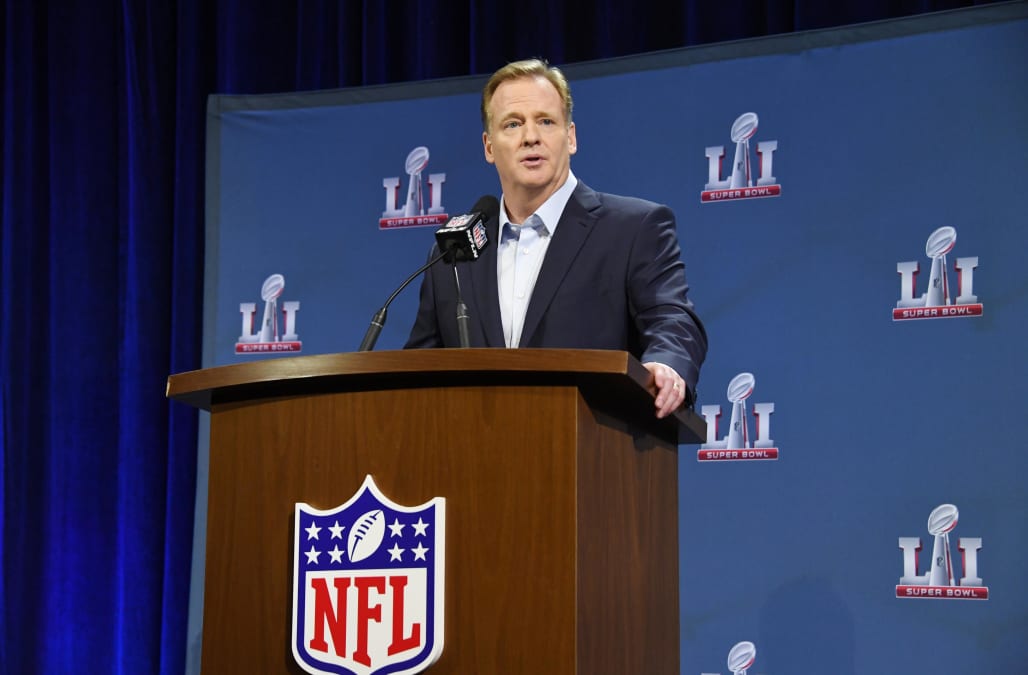 Based on tax filings for the NFL, Roger Goodell was compensated more than $150 million in salary and bonuses in his first eight years as NFL commissioner. For comparison, that is $60 million more than Tom Brady earned during the same period.

Coach Ken Niumatalolo has been at Navy since 2007. He made a cool $2 million for 2016. Navy finished 9-3 in the regular season, then went on to lose 48-45 to Louisiana Tech in the Lockheed Martin Armed Forces Bowl.

Matt Rhule has been Temple head coach since 2013, starting out as an assistant coach and then moving up to head coach in 2015. His take-home base salary for 2016 was a little more than $1 million. Temple went 10-3 this season, then lost to Wake Forest in the Military Bowl, 34-26.

Pat Narduzzi will cash out with a nice $2 million base salary for 2016, his second year as a head coach there. Pitt went 8-4 for the season, followed by a 31-24 loss to Northwestern in the New Era Pinstripe Bowl.

It was Justin Fuente’s first year as head coach of the Hokies, and he did pretty well for himself, with a $3.2 million base salary. VA Tech went 9-4 on the year and beat Arkansas 35-24 in the Belk Bowl.

Butch Jones just finished his fourth year as head coach at Tennessee, where he earned a base salary of $4.1 million. The Volunteers were 8-4 in the regular season and beat Nebraska 38-24 in the Franklin American Mortgage Music City Bowl.

Les Miles, the coach since 2005 at Louisiana State University, was making a $4.3 million base salary when he was fired four games into the 2016 season. His replacement, Ed Orgeron, signed on for a little less: a reported $3 million to $4 million. LSU went 7-4 on the year before beating Louisville in the Buffalo Wild Wings Citrus Bowl, 29-9.

Kyle Whittingham has spent his entire head coaching career at Utah. Ten years ago he was making $672,000; for 2016 he earned a base salary of $3.65 million. Utah went 8-4 on the season before beating Indiana 26-24 in the Foster Farms Bowl.

David Shaw has been coaching at Stanford since he started coaching, first as an assistant and then as head coach, just finishing up his sixth year. He nearly doubled his salary from 2015 to 2016, making more than $4 million this past year. Stanford went 9-3 for 2016, then beat North Carolina in the Hyundai Sun Bowl, 25-23.

The Gators have had their fair share of coaches. Finishing up his second year, Jim McElwain pulled in a base salary of more than $4.2 million. The team went 8-4 on the 2016 season, then beat Iowa 30-3 in the Outback Bowl.

Dana Holgorsen has been at West Virginia for six years now, and he made nearly $3 million base salary for 2016. The school had a 10-2 record for the regular season, then lost to Miami in the Russell Athletic Bowl, 31-14.

Hats off to P.J. Fleck, who led the Broncos to a perfect 13-0 season in 2016. Unfortunately, post-season wasn’t as good to the team, as Western Michigan lost to Wisconsin, 24-16, in the Cotton Bowl Classic. Fleck earned a little more than $820,000 this past season, far less than coaches of teams that lost a few games.

Gus Malzahn took the Tigers to an 8-4 season before losing to Oklahoma in the Sugar Bowl, 34-19. Malzahn pulled in $4.7 million this past year, his fourth year as head coach for Auburn.

After receiving a new seven-year contract with Louisville in 2016, Bobby Petrino took home a nearly $4 million base salary as the head coach of the Cardinals. He led his team to a 9-3 season before falling to LSU, 29-9, in the Citrus Bowl.

Mike Gundy made $3.75 million at Oklahoma State this past season, when the Cowboys went 9-3 in the regular season and beat Colorado in the Valero Alamo Bowl, 38-8.

Jimbo Fisher is the fifth-highest-paid NCAA head coach, pulling in $5.25 million for the 2016 season. The Seminoles went 9-3 this past year before beating Michigan, 33-32, in the Capital One Orange Bowl.

The Buffaloes finished 10-3 in the regular season, before losing 38-8 to Oklahoma State in the Valero Alamo Bowl. Head coach Mike MacIntyre got a base salary of more than $2 million this last season.

Clay Helton has been at Southern California for a few years, but last year was his first full season as head coach. As a private school, USC is not required to disclose salary information. Some sites report a $3.6 million payout for last year, but it hasn’t been confirmed. USC went 9-3 this past season and went on to beat Penn State, 52-49, in the Rose Bowl.

Paul Chryst wrapped his second year as head coach of the Badgers with a 10-3 performance from his team. Wisconsin then won 24-16 in the Cotton Bowl over Western Michigan, and Chryst made $2.7 million for the year.

Bob Stoops is the fourth-highest-paid head coach in the country — earning $5.5 million this past season. The Sooners went 10-2 on the year before beating Auburn 35-19 in the Allstate Sugar Bowl.

No NCAA head coach makes more money than Jim Harbaugh. The Wolverines’ coach pulled in $9 million during the 2016 season as his team went 10-2 on the year, then followed up with a 33-32 loss to Florida State in the Capital One Orange Bowl.

James Franklin is the 10th-highest-paid head coach in college football, making $4.5 million in 2016. The Nittany Lions went 11-2 this season before losing to USC in the Rose Bowl, 52-49.

With a $3.6 million paycheck for the year, Chris Petersen is the 25th-highest-paid head coach. His team, the Washington Huskies, went 12-1 in the regular season this year before losing to Alabama in the Peach Bowl College Football Playoffs semifinal, 24-7.

As the third-highest-paid head coach in college football, Urban Meyer pulled in $6 million this past year. The Buckeyes went 11-1 in the regular season before losing to Clemson, 31-0, in the Fiesta Bowl College Football Playoffs semifinals.

Dabo Swinney, head coach at Clemson since 2008, pulled in more than $4.4 million for 2016 as the Tigers went 12-1 for the regular season, making them one of the best teams in college football. Clemson upset top-ranked Alabama in the National Championship Game, 35-31.

The Crimson Tide went 13-0 in the regular season but lost to Clemson in the National Championship Game, 35-31. Longtime head coach Nick Saban is one of the most successful college football coaches in history, and his salary reflects that. He ends his season with a base salary of nearly $7 million, making him the second-highest-paid college football coach.

While the comparison is apples and oranges, it does seem to provide some insight into where the league places its values. That is, a spokesperson for the NFL's 32 owners makes more money than one of the players that is most responsible for the revenue the league enjoys.

Also unlike Brady, Goodell's salary and bonuses will soon become closely guarded secrets. The tax filings were made public due to the league office filing as a tax-exempt, not-for-profit entity. The NFL dropped that status in 2015. More from Business Insider:
Roger Goodell pressed about Deflategate, says he would go to Patriots game if they 'invite' him back
More than half of the starting quarterbacks in Super Bowl history came from 11 schools
The Patriots and Falcons have been equally dominant heading into Super Bowl LI