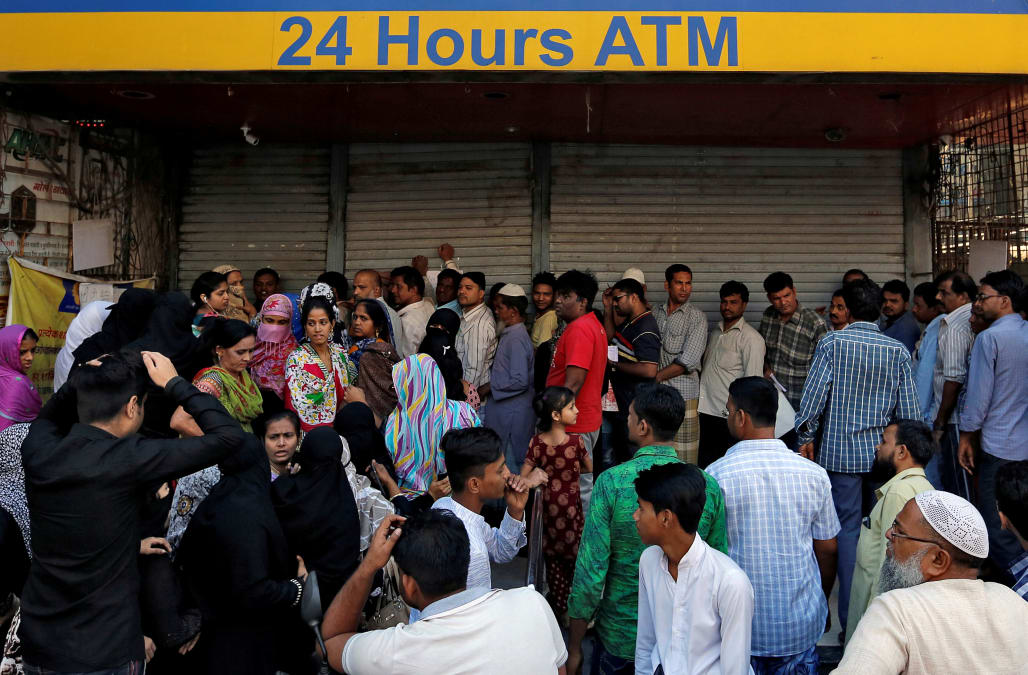 India's war against black money has led to several new policies and orders of late, one of which was announced by Finance Minister Arun Jaitley on Wednesday in his Union Budget presentation in the Parliament.

SEE ALSO: This country will give all its senior citizens a biometrics-based smart health card

This move follows last year's ban on high-value currency notes that had sucked in 86% of the cash in circulation and sent India's 1.3 billion people into a collective frenzy.

Jaitley's decision is based on a recommendation made by a Special Investigation Team (SIT) on black money that was set up by India's apex court.

"The government has decided to accept this proposal. Suitable amendment to the Income-tax Act is proposed in the Finance Bill for enforcing this decision," Jaitley said in his speech.

The Supreme Court had reportedly also wanted "an Act be framed to declare such transactions as illegal and punishable under law."

High-value cash transactions are a common feature, especially in the real estate sector where buyers try to get away with paying lower stamp duty, reports say.

Here are some reactions on the move.

Ha! No cash transaction above 3 lakh to be allowed. Guess Real Estate will be hit. #Budget2017

RELATED: Countries with the best quality of life

21 PHOTOS
Countries with the best quality of life
See Gallery

Countries with the best quality of life

21. Denmark — The country has the shortest working week out of all those surveyed at 39 hours. However, it fell down the list for quality of life during to scoring low on childcare options and availability.

20. Hungary — The country has rapidly climbed the ranking thanks to its relatively low cost of living but abundant career opportunities.

19. Finland — "74% of expat parents in Finland are in complete agreement that the education options are easy to afford," said InterNations. It also scored highly in the Health & Well-Being sub-category.
18. Ecuador — The country made the list mainly because of the expats who class themselves as travelers. The language barrier can be an issue for those who want to stay longer than a few months or a year.
17. Luxembourg — The country dropped down the list due to the continual higher cost of living, leaving less cash in people's pockets each month. However, it still makes the rankings due to employment opportunities, beautiful surroundings, and high-quality healthcare and education.
16. Australia — The country is considered one of the best places in the world to raise a family, while also coming second in the sub-rankings for both the availability of education and education options in general.
15. France — The country has on average only 41 hour working weeks and ranks highly for the quality and affordability of a good education.
14. Portugal — This country is considered one of the "dream destinations" for expats, and 91% of respondents who live there say they are generally satisfied with their lives.
13. New Zealand —"Most people tend to mentally lump Australia and New Zealand together — but there are some surprising differences concerning expat life in these destinations," said InterNations. For example, New Zealand scores more points when it comes to healthcare, due to greater affordability.
12. Canada — The environment, feeling welcome, and short working weeks boosted the country in the ranking this year.
11. South Korea — The country nearly made the top 10, thanks to its career-opportunities and favourable environment for those with families.
10. Switzerland — While healthcare, education, and the ability to find a job helps Switzerland hit the top 10, the rising cost of living keeps the country from the top spot.
9. Germany — The country is popular with expats due to it being one of the top rated places to find a job, while also hitting near the top of the sub-ranking for general living standards.
8. Singapore — The city-state dropped from first to eighth place this year due to rising cost of living and mainly the affordability of healthcare.
7. Czech Republic — The country was a hit with expats with children as the availability and costs of childcare and education there are rated well. 74% said that education is easy to afford.
6. Malta — While the country is very popular with Brits for the weather and local culture, it has dropped from 3rd place last year in the Work-Life Balance sub-category to 20th in 2016.
5. Costa Rica — Warm weather and improvements in the language category helped boost the country. 79% also said they feel “at home” in the local culture.
4. Spain — The country, famed for its good weather, rises in the rankings because expats voted it highly for in the Ease of Settling In Index. They say that friendliness and, more specifically, the attitude of locals towards foreigners makes it a great place to live.
3. Japan — The country rose from seventh to third place this year, mainly due to gaining poll position in transport infrastructure. Expats also highly rated the island nation's peacefulness and quality of medical care.
2. Austria — The country rocketed to the top of the charts, thanks to its clean water and clear air, which made it secure first in the Health & Well-Being sub-index. 72% of respondents also rated the transport infrastructure as very good.
1. Taiwan — The country rose right to the top of the ranking for its quality of medical care and its affordability. It also polled first place for quality of life among female respondents and second for men.
Up Next