If you own a copy of this famous Mark Twain book with a typo, you could be sitting on $160,000 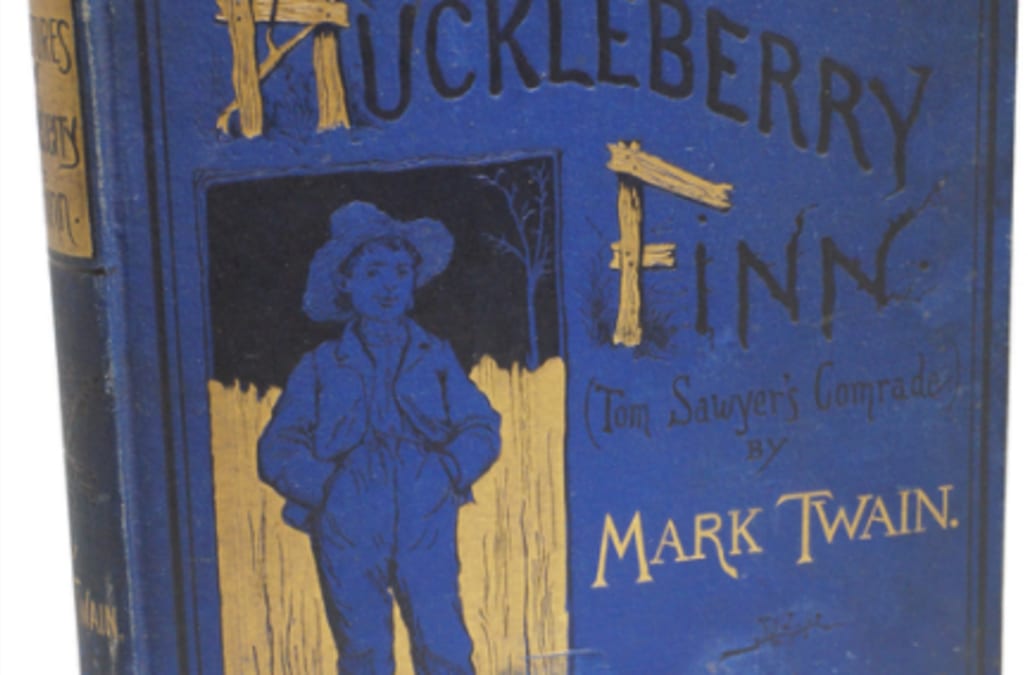 If you're a grammar nerd or someone who pays intimate attention to detail, there can be nothing as irksome as a incorrect grammar – be it a spelling error, improper punctuation or a harmless typo.

Aside from being a pain and total distraction to the reader, major typos can actually result in major costs for the book manufacturers if the book is a bestseller or an all-time classic.

SEE ALSO: One of the rarest watches of all time fetches whopping sum at auction

This, in turn, means that owning one of these famously misprinted books could have you owning an extremely valuable collector's item – And you might not even know it!

One of the most valuable misprints can be found in the original 1885 edition of 'The Adventures of Huckleberry Finn" by Mark Twain, the classic tale of friendship and mischief along the Mississippi River that served as the sequel to "The Adventures of Tom Sawyer".

In the first printed issue of the novel, the word "Decides" was misprinted as "Decided", and the word "saw" is mistyped as "was" on page 57.

And those two seemingly minuscule mishaps translate into big dollar signs for those who own a copy with the typos in tact – versions of the novel with these mistakes are fetching over $13,000 online, with signed copies going for over $162,000!

Who knew a couple of simple keyboard slips could be worth so much?

These two Twain typos are well-known in the world of rare book collectors – But what if there were more that haven't been caught yet?

If you own a copy of "The Adventures of Huckleberry Finn", you better go check!

RELATED: 7 books you should read, according to TED speakers

7 PHOTOS
7 books you should read, according to TED speakers
See Gallery

7 books you should read, according to TED speakers

As Co-founder and chief product officer of Airbnb, Joe Gebbia says anyone who thinks deeply about improving the culture of their organization should read this book. "Pixar co-founder Ed Catmull takes readers inside how the animation factory makes their sausage," he explains. "This book is one of the most intimate looks behind the scenes of a company's culture, and the impact it has on the people, business, and product."

2. Ready Player One by Ernest Cline

Astro Teller, whose official title for Google is captain of moonshots, leads a team at X that is trying to solve big problems through experimental projects, including Google's balloon-powered internet. His pick? Ready Player One, which is what he describes as a mix between a much-loved children's book and a popular science fiction tale. "It's best summed up by saying that if you enjoyed Charlie and the Chocolate Factory andThe Matrix, and you want to see one story that delivers on both of those kinds of fun at the same time, this is the summer read for you!" Teller says.

3. The Summer Book by Tove Jansson

Linda Liukas teaches kids -- and girls, especially -- the magic that is computer code. She's written and illustrated a book herself, Hello Ruby, that teaches programming fundamentals through stories and kid-friendly activities. But she couldn't exactly recommend her own book. Instead, the Helsinki-based Liukas suggests you check outThe Summer Book. "This book is my quiet, curious, and simple favorite," she says. ""The quintessential celebration of summer in Scandinavia -- 22 vignettes of a girl and a grandmother on an island."

Disability rights lawyer and design thinker Elise Roy helps organizations learn how to solve previously unsolvable problems through design. She recommends a book that shows how everyone is creative, no matter what their job or role. "Through examples from her own work, others in the design thinking field and history, Tina Seelig provides a wealth of tools and techniques to help everyone uncover their creative potential."

Seelig's TED Talk: "When we design for disability, we all benefit"

5. Supplement to the Italian Dictionary by Bruno Munari

It's unsurprising that notable design critic Alice Rawsthorn recommends you get inspired by design in your reading this summer. Her pick is written by a fellow celebrity of design. "The brilliant mid-20th-century Italian designer and design theorist Bruno Munari showed how to express all of those things without speaking through hand gestures, facial expressions, and attitudes of the body in his 1963Supplement to the Italian Dictionary," she says. "His book is an inspired and engaging analysis not only of improvisational design but of the Italian psyche.

6. The Vital Question by Nick Lane

Blaise Agüera y Arcas works on machine learning (i.e. augmented reality, mapping, wearable computing, and natural user interfaces) at Google. He recommends The Vital Question, a book that reimagines our planet's evolutionary history, because it "takes a fresh and insight-generating perspective on old and profound questions."

Arcas's TED Talk: "How computers are learning to be creative"

7. Between the World and Me by Ta-Nehisi Coates

Shivani Siroya, the CEO and founder of mobile finance app InVenture, recommends a book she believes will open your eyes and increase your empathy: Between the World and Me. "This is a powerful read that evokes action in us all and provides a well-researched historical account of race relations in the U.S. Coates' writing is excellent, and he describes how understanding starts with communication -- not assumption."

Siroya's TED Talk: "A smart loan for people with no credit history (yet)"

Discover More Like This
HIDE CAPTION
SHOW CAPTION
of
SEE ALL
BACK TO SLIDE
More on AOL.com:
Man finds unclaimed lottery ticket worth $1M days before it expires
What the DVDs in your collection could be worth
The small detail most likely to make a vintage watch worth tons of money
Tags
Read Full Story