5 home renovations that pay off (and 2 that don't) 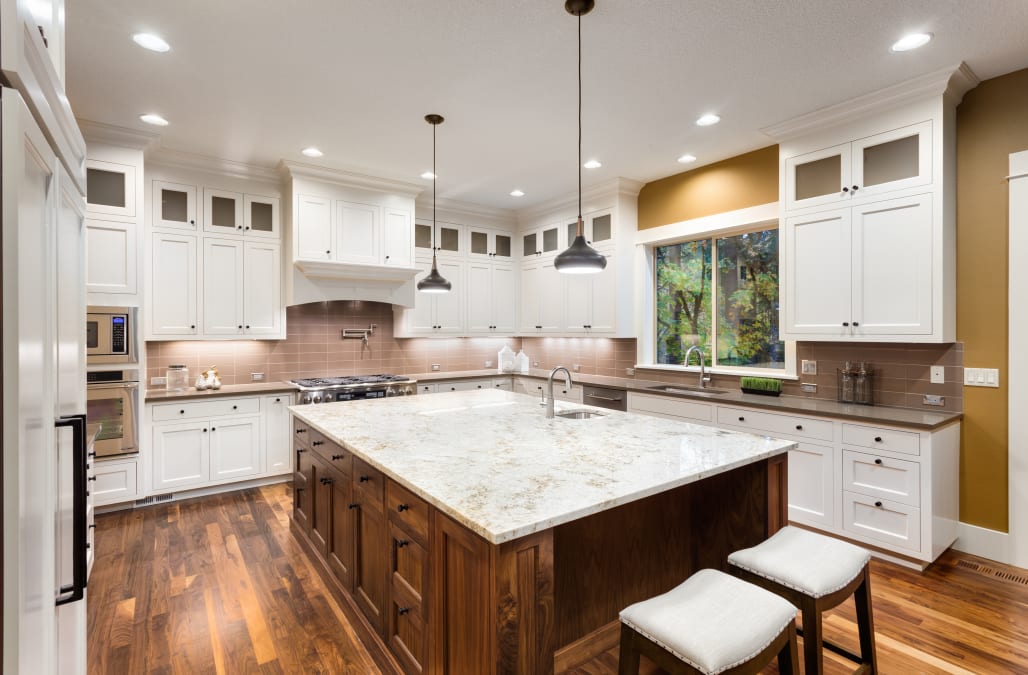 The home resale market has picked up in the last few years, with prices very nearly recovering all the ground they lost during the great recession. The home remodeling market is recovering as well, and is now a $300 billion industry, according to the Joint Center for Housing Studies of Harvard University.

Why are people still hesitant to buy, but ready to sink more money into their old house? Part of the reason is because the percentage of existing homes available for sale is near an all-time low, so there aren't many choices if you want to move to a new home. But also more people, including retirees, are beginning to appreciate their old home, which may be in a better location – closer to town, in an established neighborhood – while still recognizing that the old place may need some work.

The average renovation pays back about 65 percent of its cost if you sell your house soon after the remodel is completed, according to a Remodeling Magazine survey of real estate professionals. But the amount of payback varies widely, depending on the type of improvement. Here are five home improvements that are likely to pay off:

1. Replace the front door. You know what they say about first impressions, and so improving the entrance to your home makes an outsized difference in the way someone looks at your house. Replacing an old, squeaky front door that lets a draft blow through the front hallway offers a great bang for your renovation buck.

2. Replace the garage door. A bright new garage door, for a relatively modest cost, gives your house a brand new face to the world. According to the Remodeling Magazine survey, a new garage door returns almost 90 percent of its cost when you sell your house.

[See: 10 Ways to Reduce Your Housing Costs in Retirement.]

3. New siding. Once again, it comes down to curb appeal. New siding not only makes your house look better, but it also promises to cut down on future maintenance issues. Modern vinyl siding is fade resistant and typically comes with warranties covering over ten years. Fiber cement siding and manufactured stone veneer are more expensive, but offer a high quality look that many future buyers will appreciate.

4. New windows. Upgrading your windows offers a solid payback for the same reasons as replacing a front door – new windows brighten up your home and improve insulation, cutting down on drafts and saving utility costs.

5. Kitchen upgrade. Modern families spend most of their time in the kitchen, and so an investment to improve the look and functionality of this popular room is typically a good one. The key: buy good quality appliances and solid kitchen cabinets. But don't go overboard. While the special wine cooler, high-tech trash compactor and supersize refrigerator may seem very special, few home buyers actually want to pay for them.

However, not every home improvement will significantly increase the value of your home. Here are two expensive upgrades that may not be worth the cost:

1. Bathroom upgrade. Perhaps it's counterintuitive, but bathroom upgrades are among the improvements offering the lowest payback, returning barely 50 percent of what you spend. Perhaps it's because bathrooms are small, and you don't spend much time there, so people are not willing to pay. Bathroom remodels are also expensive, especially on a square-foot basis, and simply may not be worth the high cost.

2. Room addition. Whether it's adding on a family room, a bedroom or any other room, the payback for this improvement tends to be disappointing. Again, probably because the cost is so high, it's hard to recoup all the dollars that flew out the window. Lower-cost improvements typically offer better payback than major renovations. And improvements to the outside of the house that brighten up curb appeal tend to pay back better than interior improvements offering more subtle upgrades.

[See: 10 Places to Retire on a Social Security Budget.]

No matter what you do, don't "overimprove" your house. It doesn't make sense to spend $100,000 on a new kitchen renovation if your house is only worth $300,000, or if your house only has one bathroom. And while adding insulation may pay back well in the Northeast, it will not add as much benefit where the climate is more moderate.

Before you decide on any renovation, look at your house with a critical eye. What aspects of your house are important? What are its drawbacks? Fix the drawbacks, and focus on the important items.

Tom Sightings is the author of "You Only Retire Once" and blogs at Sightings at 60.

RELATED: 12 ways to prepare your home for winter

12 ways to prepare your home ahead of winter

1. Insulate walls and attics against drafts.

2. Caulk and weather-strip doors and windows.

3. Replace damaged, loose or missing shingles that may leak during a winter storm.

5. Repair roof leaks and remove tree branches that could get weighed down with ice or snow and fall on your house or your neighbor's.

6. Wrap water pipes in your basement and crawl spaces with insulation sleeves to slow heat transfer.

7. Turn off exterior faucets as these pipes can burst if they freeze.

9. Have a contractor check your roof to see if it can sustain the weight of a heavy snowfall.

10. Avoid ice dams - where water from melted snow refreezes in the gutters and seeps in under the roof, soaking interior walls. To avoid ice dams: Ventilate your attic. Insulate the attic floor well to minimize the amount of rising heat. Consider having a water-repellent membrane installed under your roof covering.

11. Divert water by adding extensions to downspouts so that water runs at least 3 to 4 feet away from the foundation.

12. Tune up your heating system to avoid waiting in line for repairs on a cold day.

More on AOL.com:
7 tax breaks every first-time homebuyer must know
7 ways to save on your energy bills this winter
Why aren't Americans moving anymore?