How rich is Queen Elizabeth and the rest of the British royal family? 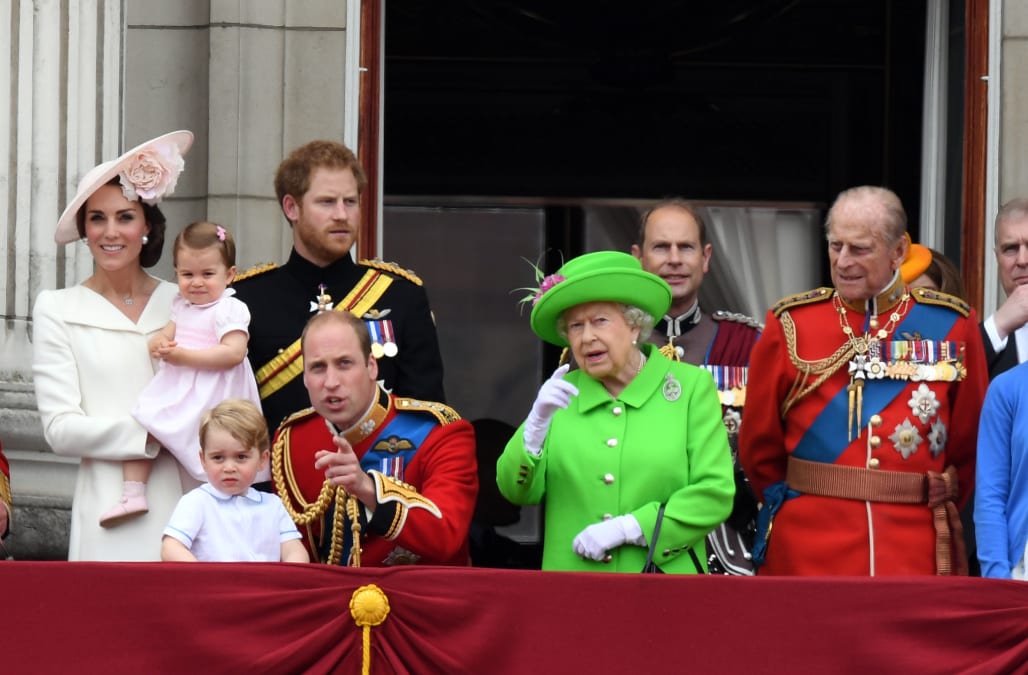 Members of Britain's first family live a glamorous lifestyle in the public eye. From lavish garden parties at Buckingham Palace to over-the-top royal weddings, commoners are perpetually fascinated by royalty. The monarchy's estimated valued is nearly $70 billion and tourism revenue attributed to the royal family came to more than $656 million in 2015.

For centuries, Parliament has held most of the official power in the United Kingdom, but the royals still reign. Find out the details on the British royal family's personal net worth of $775 million -- and get a glimpse at how the rich live.

One of the richest, most powerful women in the world, the bulk of the royal family net worth comes from Queen Elizabeth II. Her private real estate portfolio includes the prestigious historic buildings Sandringham House and Balmoral Castle -- valued at $65 million and $140 million respectively, according to Forbes. Her Majesty also owns agricultural land and horse farms throughout England, and has also acquired valuable property in London. As the Queen of England, she receives 15 percent of the Crown Estate income -- The Sovereign Grant -- to fund official functions and all income from the Duchy of Lancaster, despite not having an ownership stake in either.

Check Out: The First Thing Queen Elizabeth II and Other Highly Successful People Do Every Morning

The next in line to the English throne, Prince Charles reins over much of the British royal family net worth. In 2016, his total assets reached an all-time high of nearly $1.3 billion. This is mainly due to the Dutchy of Cornwall, a massive real estate portfolio he doesn't own, but receives all income from as the Duke of Cornwall. It paid him more than $25 million for the year ending March 31, 2016, according to its annual report. A responsible royal, Prince Charles voluntarily pays income tax on his Dutchy earnings.

A large portion of the future King of England's net worth comes from a roughly $12.3 million inheritance, received from the estate of his mother -- Princess Diana -- on his 30th birthday in 2012. His father, Prince Charles, covers the cost of staff, travel and official wardrobes for Prince William, Kate Middleton and Prince Harry -- which reached $4.6 million for the year ended March 31, 2015. This sizeable allowance does not include personal staff, but the bill for some Prince William's major travel expenses not funded by his father is often paid by the countries he visits. Despite his British royal family net worth, Prince William works as a helicopter pilot for East Anglian Air Ambulance, but donates his entire $62,000 annual salary to charity.

Currently committed to volunteer work, Prince Harry retired from his 10-year British Army career in 2015. Prior to his departure from the service, he was a captain in the Army Air Corps with an approximate annual salary of $45,000. His royal family net worth saw a significant increase following his 30th birthday in September 2014, when he received an estimated $12.3 million inheritance from the estate of his late mother, Princess Diana. Prince Harry also enjoys the luxury of having his father fund much of his expenses for royal obligations, including staff, travel and official wardrobe costs.

Don't Miss: 10 Most Elite Hangouts in the World

Prince Philip has been married to Queen Elizabeth II since Nov. 1947. Due to long-established rules and regulations set by the monarchy, he never took on the title of king, but royalty is in his blood. Born Prince Philip of Greece, his father was Prince Andrew of Greece and Denmark and his mother was Princess Alice of Battenburg. A fourth cousin of his wife, Prince Phillip served in the British Royal Navy from 1939 to 1953. Also an accomplished pilot, he earned his Royal Airforce Wings in 1953 and garnered more than 5,900 flight hours over a 44-year span.

It's only a fraction of the British royal family net worth, but Kate Middleton's entrepreneurial family has an estimated fortune of $5 million, from their company Party Pieces. Now the mother of Prince George and Princess Charlotte, it's unknown how much -- if any -- of her net worth comes from the Middleton family, but her grounded nature and enviable fashion sense have turned her into a beloved international superstar. Prince Charles also covers her staff, travel and official wardrobe expenses and some of her other travel costs are often funded by the countries she visits, allowing her to keep more of her own money in the bank.

Married to Prince Charles since April 2005 -- with reportedly no prenup -- Camilla Parker Bowles is formally known as Camilla, Duchess of Cornwall. Known as a kind, humble person, she's even said to carry her own money. She spends most of her time doing charity work dedicated to a variety of causes, including health and well-being, literacy promotion, helping the less fortunate, Cornwall-based charities, heritage and the arts, animal welfare, sexual assault and cancer.

Up Next: Warren Buffett and 14 Other Celebs Who Donate Millions to Charity