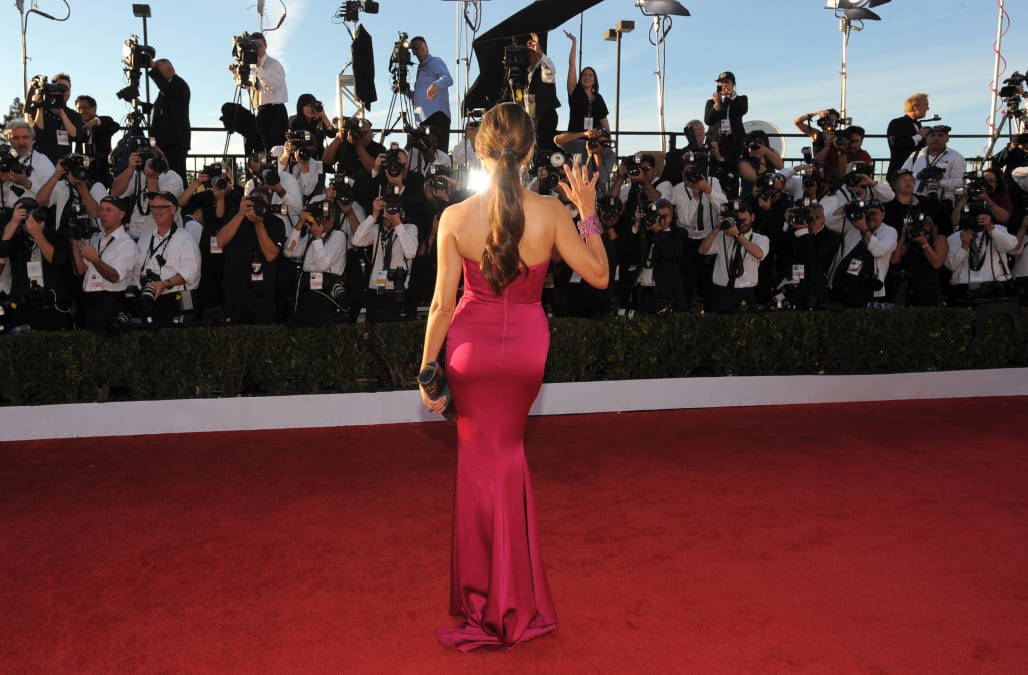 In Hollywood, it's assumed that star power comes in the form of Tom Cruise, Kevin Spacey, or Matt Damon. But few celebrities are as well positioned as Sofia Vergara to craft a second career -- as the co-founder of one of America's largest Hispanic-owned companies.

The Colombia native is best known for her Emmy-nominated role in Modern Family, ABC's consistently top-rated sitcom. And she's America's highest-paid TV actress -- $43 million a year, according to Forbes. (She's held this distinction for eight years straight; in 2016, she outearned all actors on TV, period.) But the real engine of Vergara's success is Latin World Entertainment, the multimillion-dollar licensing, marketing, production, and new-media empire she co-founded in 1994 with former music manager Luis Balaguer.

Although it's fair to assume that Balaguer does more of the day-to-day leadership at LWE, Vergara's dominating A-list, glamorama presence doesn't preclude her own sharp business acumen. "I'm not ashamed to say I love making money," she once said in an interview with Glam Belleza Latina magazine.

The 44-year-old actress studied dentistry for three years before dropping out for a TV host gig in Miami. "I have a special eye for opportunities and work harder than anyone might expect," she continued. "It's fun to shock people with my business ideas."

LWE originally began as a talent management firm. "When Sofia first got into Hollywood, very few Hispanic talents had their own agents," says Balaguer. "Back then, many had to negotiate their own contracts with studio executives." Without a manager to represent her, or an entertainment lawyer to review contracts, he explained, Vergara's deals gave her a very small take-home profit. Feeling frustrated and powerless against the big networks, Vergara and Balaguer slowly built a business that allowed them access into a vastly underserved market. It was a smart move, and no one else in the industry saw it coming.

In 2015, Hispanics controlled $1.3 trillion in buying power, according to an analysis from the Selig Center for Economic Growth. That's up 167 percent since the turn of the century. If the trend continues, and it likely will, that number is expected to reach $1.7 trillion by 2020. At 57 million strong, people of Hispanic origin represent 18 percent of the U.S., making it the largest minority. Research from a recent McKinsey report predicts that number to reach 24 percent by 2040, and 29 percent by 2060.

LWE has a global audience of more than 400 million, with 30 percent based in the U.S. It also represents some of the biggest stars in Spanish-speaking TV. There's Alejandra Espinoza, the host of Univision's new reality TV show La Banda, created by Simon Cowell and produced by Ricky Martin. And also Rafael de La Fuente, the Venezuelan actor known for his roles in telenovelas and the Spanish-language Nickelodeon series Grachi, who crossed over to the broader market after landing a part in the Fox's Empire.

These celebrities are key to making LWE a lucrative business -- but finding the talent and matching him or her with the right product to market is what matters most. For brands to market effectively, the first step is to locate the bona fide personalities who are driving the cultural zeitgeist forward -- one social-media post at a time. But it's not cheap. Want Selena Gomez to sponsor your product on Instagram? According to D'Marie Analytics, that'll cost you $550,000 -- for just one post.

D'Marie currently ranks the Hispanic pop star (who has roughly 198 million followers across Instagram, Twitter, and Facebook) as No. 13 on its list of top social influencers. Vergara reigns at No. 35 on the list (she has a total of 30 million social-media followers). That's not so far behind, considering there are only three other Hispanic celebrities ranked above her, and they appeal to a much younger demographic.

At LWE, Vergara isn't just a co-founder. As the agency's most successful client, her long list of endorsements includes Head & Shoulders, CoverGirl, Quaker, McDonald's, Comcast, and Cerveza guila -- all of which have generated millions for LWE. Kmart hit the jackpot in 2012 when it signed a licensing deal with Vergara. The contract, which reportedly came with a $7 million advance, helped the large retailer in its aggressive pursuit of Hispanic consumers.

"Brands want a sense of uniqueness, and if they're endorsed by a well-known celebrity, the chances of their product being seen in a positive light increases," says Eric Diaz, the co-founder of OYE!, a marketing startup that monitors real-time online Hispanic conversations.

"Hispanics are twice as likely to seek celeb-inspired beauty looks versus the general market," he said. Big consumer brands have realized this, but Diaz also now works with tech startups like Square and Xoom to better target the Hispanic market.

LWE has spawned a wealth of partnerships. One of its most successful was with CNET to create a Spanish-language version of the tech website. Within 90 days after initial launch, CNET en Espaol became the No. 1 Spanish tech website in the world, says Balaguer. (But with no competitors at the time, it was an easy title to claim.) In 2012, Vergara and LWE partnered with Univision to create NuevoMall, an e-commerce cross platform intended for fans to connect and interact with TV celebrities and brands.

Vergara's multimillion-dollar endorsement contracts aren't likely to be renewed, says Balaguer. The plan is to ditch that model for more licensing contracts, which have proven to generate bigger profits. One such is the Ninja Coffee Bar brewer, Vergara's most recent licensing deal with home appliances maker SharkNinja. The QVC bestseller launched last October for $179, and moved over 1 million units within the first eight months, which means an estimated million-plus dollars moved into Vergara's bank account.

If there's one thing Vergara can teach us, it's that nothing sells like a celebrity. But the actress has her sights on a number of other business ventures in the works -- specifically, projects aimed at empowering Amazonian women who want to build businesses of their own.