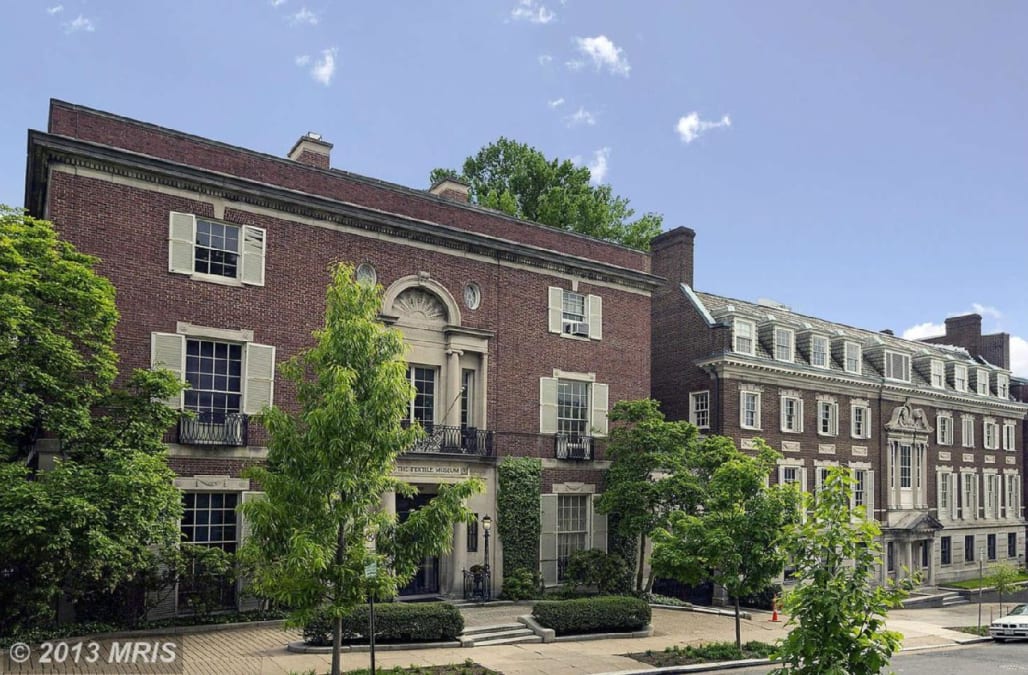 Kalorama, a highly affluent and sought-after neighborhood in Washington, D.C. has quite the historic background, especially in the political realm.

Past residents of the zip code include Franklin Roosevelt and Ted Kennedy, while future newcomers will soon include both the Obama family and Ivanka Trump and her husband Jared Kushner.

SEE ALSO: Here's how much it would cost to buy the White House

But it might be the area's newest billionaire resident that has everyone talking – mainly because he paid for all $23 million of his property in cash.

Jeff Bezos, Amazon CEO, recently purchased the 34,000-square-foot property at 2320 -2330 S Street Northwest in Kalorama, which consists of two landmark buildings in addition to (what once were) chauffeur quarters.

It's also the biggest house in all of Washington, D.C.

Check out the massive and historic property below:

The property most recently housed the Textile Museum for nearly a century, moving to the George Washington University campus in 2013.

The original listing said the property would be 'perfect for an embassy, school, discerning individual' – but we suppose "CEO of one of the most profitable companies in the world" suits the estate just as well.

Discover More Like This
HIDE CAPTION
SHOW CAPTION
of
SEE ALL
BACK TO SLIDE
More on AOL.com:
An anonymous buyer just purchased this $86 million mansion and will reportedly pay no tax on it
If walls could talk: A look inside 'The Bachelor' mansion
The Obama family named most desirable neighbor for 2017
Tags
Read Full Story