TRUMP: The strong dollar is 'killing us' 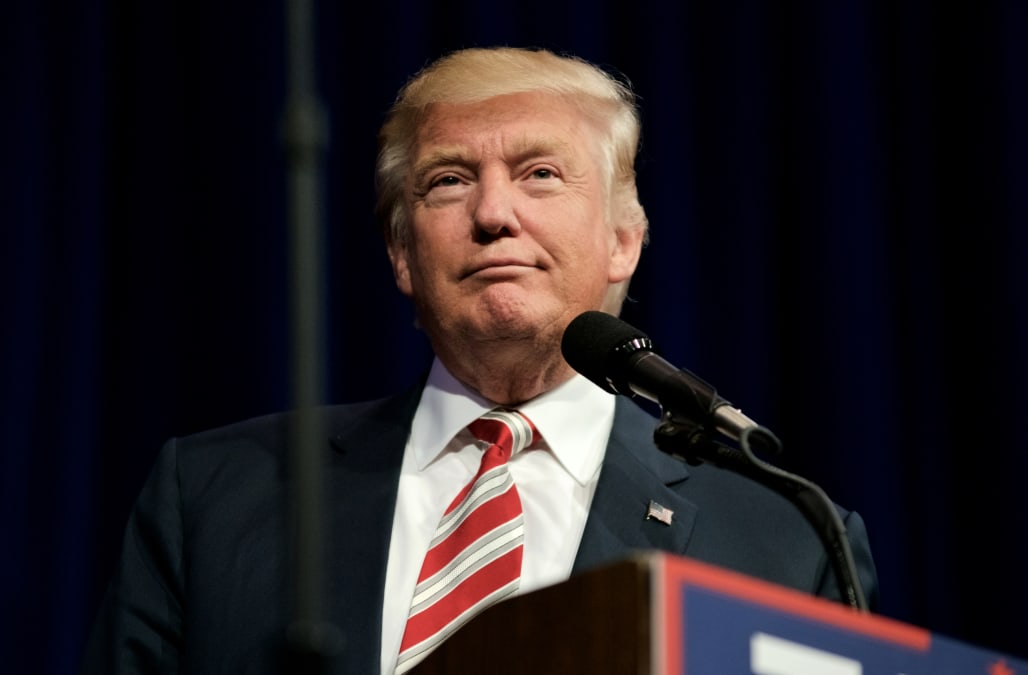 The dollar is tumbling.

The index's drop follows two comments from President-elect Donald Trump in an interview with The Wall Street Journal.

Trump said the border-adjustment plan, a proposal that would tax imports and exempt exports, was "too complicated." Additionally, he said the dollar was "too strong."

"Our companies can't compete with them now because our currency is too strong. And it's killing us," Trump told The Journal, referring to competition from China.

"The investment community, like Americans themselves, is grappling with how literal to take the seemingly visceral remarks," Marc Chandler, the global head of currency strategy at Brown Brothers Harriman, noted. "In the larger picture, of the numerous factors that impact foreign exchange rates, the wish and desires of officials do not often seem to be particularly salient."

"The current USD correction could continue for a few more days as positioning clears out, but we believe this will ultimately create opportunities for FX investors," a Morgan Stanley team led by Hans W. Redeker argued. "Strong US data should continue to be the main source of support for USD, focused against low-yielding DM."

RELATED: Things you never noticed about the dollar bill

Things you never noticed about the dollar bill

This hidden creature might just be too small for you to spot without taking out a magnifying glass. In the upper-right corner of the bill, just to the upper-left of the number "1″, there appears to be a teeny-tiny creature peeking out.

There are several guesses as to what this is. Some say that this is the shape of an owl. Many believe it was put there as an anti-counterfeit measure.

Others, however, don't see an owl at all; they see a spider. Some argue a hidden spider would make much more sense, given the "web" pattern behind the number "1."

There is a third theory that the creature becomes the skull portion of a skull and crossbones when you turn it sideways.

If you examine your bill closely, do you see the tiny face?

Luckily, in order to spot this item, you won't have to break out your magnifying glass. In fact, while most people don't know what this letter to the left of Washington's face represents, it does actually have a logical explanation.

The big letter "G" is one of many letters that represent exactly which Federal Reserve bank was responsible for printing. In this case, the "G" stands for Chicago.

At least this mystery of the one-dollar bill remains solvable.

On the back of the bill, the eagle appears to be clutching 13 arrows, as well as an olive branch with 13 berries. The eagle wears a shield with 13 horizontal stripes and 13 vertical stripes. Above the eagle, there are 13 stars.

So what is the meaning behind the number 13 exactly? Some believe that the image holds some type of evil or satanic meaning, perhaps hinting at a goal of world domination.

However, scholars believe that the obvious answer is the correct one: that the number 13 is representative of the 13 original colonies.

The number 13 certainly is strongly represented on the bill. What do you think it means?

And then, of course, we come to "the eye." The eye at the top of the pyramid is hidden right in plain sight, but its meaning has been shrouded in mystery since it first appeared on the one dollar bill.

The eye appears to be floating and emitting large rays of light. So what could this symbolize?

Some argue that the eye represents the presence of God watching over America.

While no one can know for sure, what do you think this floating eye represents? Is it the eye of God, or a Freemason symbol hidden in plain sight?

If you look closely at the base of the pyramid, you'll spot a very long series of letters: MDCCLXXVI. This "code" is actually not a secret at all, but has a logical explanation.

MDCCLXXVI is actually a Roman numeral that stands for the number 1776. It would be quite difficult to read too much into that number, considering that 1776 is the year that America finally declared its independence.

While some might wonder about its location at the base of the pyramid, the number certainly has a logical reason for appearing on the one-dollar bill.

MDCCLXXVI isn't quite the hidden mystery that some of these other secret gems are.

If you look in the corners of the back side of the bill, you'll be able to spot a very distinct cross or windmill-like shape behind the number "1."

Many believe that this symbol is the shape known as the Maltese cross — which some believe to be a hidden reference to the famed Knights of Malta.

These "Knights" date all the way back to the Middle Ages, and still remain active today. In 1798, an island fortress belonging to the Knights of Malta was captured by Napoleon, sending many of them fleeing to America.

Could this symbol actually be the Maltese cross hidden on the back of our one-dollar bill?

Again, you may need your magnifying glass for this one. But just to the right of the bottom left number "1," there appears to be a figure with its hair in a bun.

Many believe this to be a hidden depiction of the Hindu god known as Shiva. While it might seem hard to believe, conspiracy theorists believe that this is in fact Shiva, who is also known as "the Destroyer."

If you look closely, you can make out the figure in the webbing next to the "1." As is traditional, this Hindu god appears to have its hair in a bun.

What do you make of this hidden figure? Do you think it really is the Hindu god?

NOW WATCH: 6 'healthy' eating habits you are better off giving up