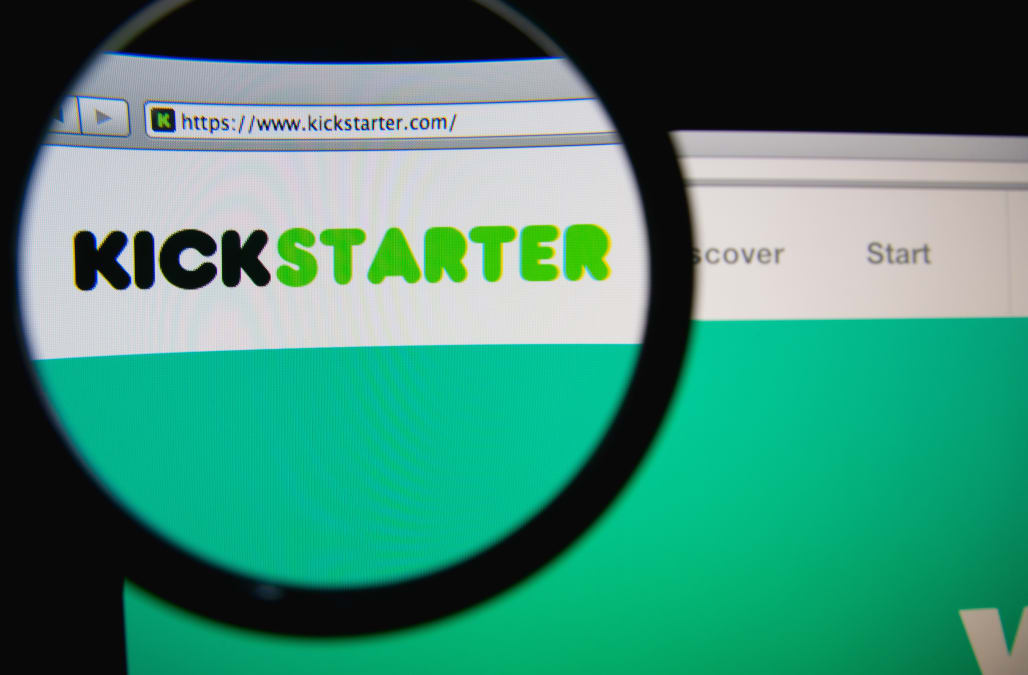 A new bill in New York City would make it illegal for employers to ask potential hires about their salary histories, and NYC-based companies are slowly getting on board.

Kickstarter is the first tech company to publicly back the legislation, which was proposed by the New York City public advocate's office. The law, which would apply to the private, governmental and nonprofit sectors, is intended to reduce the gender wage gap in New York.

SEE ALSO: Solange was interviewed by Beyoncé and gave powerful tips to women in the workplace

When women — or other minority groups — are historically underpaid, sharing their salary histories with potential employers perpetuates that cycle of inequity.

"Women unfortunately are underpaid during their lifetimes," New York's public advocate, Letitia James, told Mashable. "Asking for a previous salary history sets the benchmark at a level which has historically been inequitable."

SEE ALSO: 6 ways to combat the gender pay gap in the workplace

The public advocate's office, which is responsible for advocating for New Yorkers and acting as a check against city agencies, mapped New York City's wage gap in a report last April that inspired this legislation. For every dollar earned by a white man in New York, a white woman earns 84 cents, an Asian woman earns 63 cents, a black woman earns 55 cents and a Hispanic woman earns 46 cents.

Kickstarter decided to support the bill and ban the practice from its own hiring process after the public advocate's office contacted the company. The crowd-funding platform, which has just over 100 employees in its New York headquarters, became a public benefit corporation last year. That decision, which turned Kickstarter Inc. into Kickstarter PBC, made social good a legal obligation for the company in all its decisions.

"We heard about this bill and it made sense to us to fight wage inequality and close the gender gap," Kickstarter general counsel Michal Rosenn told Mashable. "We're a small company, but we have a pretty big platform. We hope being one of the first companies to adopt these practices encourages other companies to follow."

Before signing onto the public advocate's mission, Kickstarter would occasionally ask candidates about their salary histories, Rosenn said. The company's hiring managers have now been instructed to eliminate the question altogether.

The public advocate's office reached out to other socially conscious companies in New York about the legislation. Peeled Snacks has also agreed to support the bill.

As for the tech sector, companies haven't publicly weighed in on the bill yet. Several tech companies with offices in New York — Facebook, Google, Twitter, Tumblr, Foursquare, Betterment — did not respond to request for comment or declined to comment on the bill.

Many of those companies have pledged to support pay equity on a national level through the White House's private sector equal pay initiative.

"We're continuing to reach out to business in the tech industry, the digital culture and entertainment industries," James said. "We're educating individuals about the problem of pay equity in our society and how asking about salary history perpetuates the pattern of underpayment."

The city council still has to vote on the legislation. Massachusetts and Philadelphia have both passed similar legislation, which inspired James in New York. The New York bill doesn't specify how enforcement of the rule would work.

"Usually New York City leads," James said. "At least we'll be part of the top three if we can hopefully get this passed and enacted."

More on AOL.com:
Women face a retirement gap
Research shows not negotiating your salary could cost you $1 million (especially women)
Science says women can do this at work (but men can't)