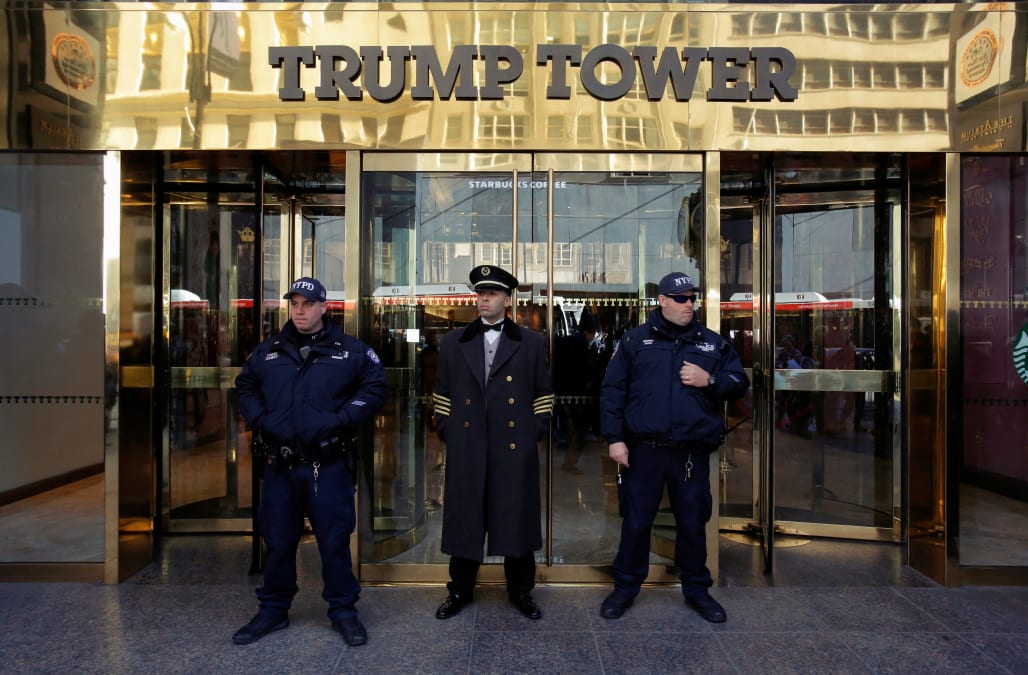 The security necessary to protect President-elect Donald Trump at his residence in the Trump Tower in midtown Manhattan comes at a cost — and a steep one at that.

From Nov. 8 — the day Trump was elected — to Jan. 20, the day he takes office, the City of New York will have forked over at least $35 million for his security, Bloomberg reports.

The New York Police Department has devoted significant personnel and equipment to protecting the president-elect and his home and namesake tower, which is located on Fifth Avenue in Manhattan. New York Mayor Bill de Blasio explained at an early December press conference:

"There's a very substantial complement of officers and traffic agents that have been devoted to that concentrated area to improve the flow of traffic."

Thus far, Congress has allocated $7 million toward these costs, according to the mayor's office, and the city expects to seek additional funds after the current federal spending bill expires this spring,.

So how do these security costs measure up when compared with past presidents? According to this article from the July 21, 2009, edition of the Chicago Tribune, the Chicago Police Department spent about $1.5 million to protect President Obama's home in the Kenwood neighborhood of Chicago.

We believe the federal government must reimburse the city for the full security costs for this unique situation. We hope they don't come at the expense of the New Yorkers who need government's help most.

What do you think of the steep price tag for security for Trump? Who should foot the bill? Share your thoughts below or on Facebook.

More from MoneyTalksNews:
6 Reasons Why Savers Are Sexier Than Spenders
8 Ways to Get Your FICO Score for Free
The Home Remodeling Projects With the Best Payback
​​​​