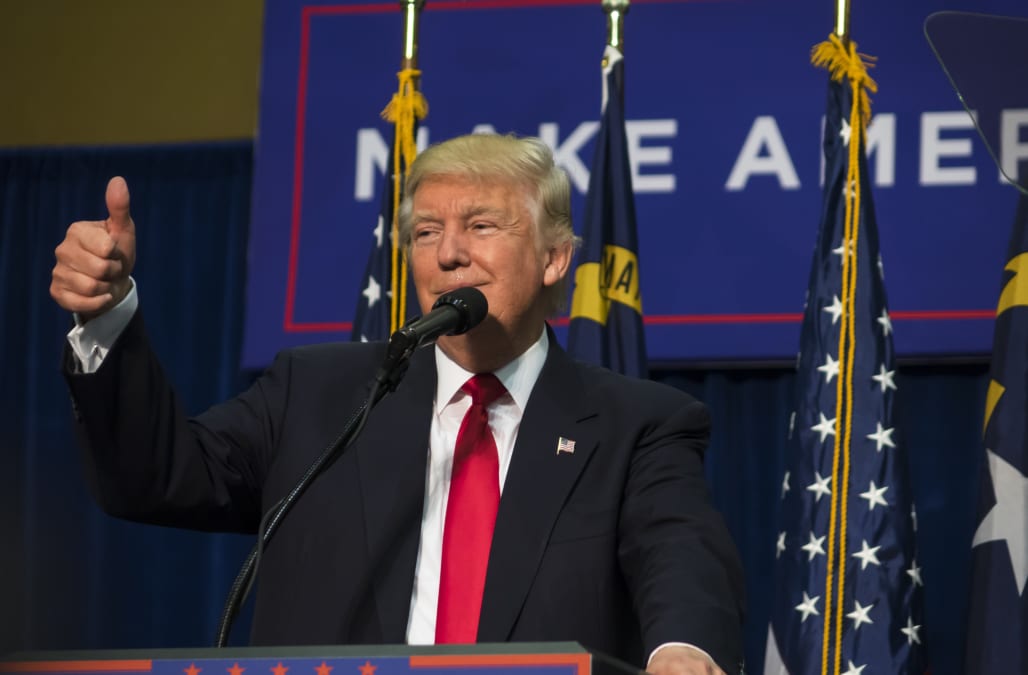 President-elect Donald Trump's early-morning jabs at large companies have repeatedly moved the market. And no other age group reacts to tweets like millennials, according to E-Trade.

In a survey of 904 people, the brokerage found that 60% of those ages 25 to 34 had traded off a Trump tweet. They all managed at least $10,000 in an online account and traded from January 1 to this past Tuesday, according to E-Trade.

The share of traders who bought or sold because of a Trump tweet fell as age rose: 36% of those ages 35 to 54 and just 20% of people over 55 reacted to a tweet.

That's a sign of shortsightedness among younger traders and may not serve their portfolios well if it's not balanced with longer-term strategies, said Mike Loewengart, E-Trade's vice president of investment strategy.

"Older investors have lived through many more market environments, and they are cognizant of the fact that what the president-elect says is much less meaningful in the longer term," he told Business Insider on Thursday.

"The concept of long-term compounding of growth becomes crystallized for someone who's experienced," Loewengart said. "It doesn't necessarily become clear to us that a long-term view is coming through" in millennials' thinking when they hurry to trade after Trump tweets, he said.

Some of the stock moves right after Trump's tweets proved to be short-lived. For example, Boeing shares slipped in early December, after Trump said the company should cancel its development of a new Air Force One because, he said, the costs were "out of control." But the stock gained nearly 4% in the three weeks that followed.

This doesn't mean Trump's tweets should be irrelevant to markets. In fact, investors don't really have a choice but to monitor his account, according to Larry Adam, the chief investment officer for the Americas at Deutsche Bank Wealth Management.

"I guess it's the maturation of a strategist or CIO," he said at a press event last week. Twitter is set to become a fixture of trading floors just as TVs were set up to show market-moving events, he added.

Workers slam Trump for 'brutal tweet' about union leader
Chuck Jones was trying to save workers jobs while @realDonaldTrump was buying Chinese steel for his bldgs https://t.co/w9vtbikULP
This retired steelworker is proud to stand with @steelworkers and Chuck Jones @uswcarrier1999 #unionmember #solidarity forever.
Proud to stand in Solidarity with Chuck Jones and @steelworkers Local 1999 #ImWithChuck
Chuck is a hero not a scapegoat: you, others know about Carrier because of his, members' tireless work since day 1… https://t.co/JJi3yhf033
Dues have helped us file 45+ cases against bad trade; saving jobs in tire, paper, steel, etc. We walk the walk.… https://t.co/GJPYhqZr3Q
We need more local union leaders like #chuckjones and more unions like #usw
This retired union nurse is proud to stand with Chuck Jones who stands up for his fellow union members @steelworkers #ImWithChuck
Up Next

DON'T MISS: Want to get ahead on Wall Street? Here's everything you need to know to land your dream job