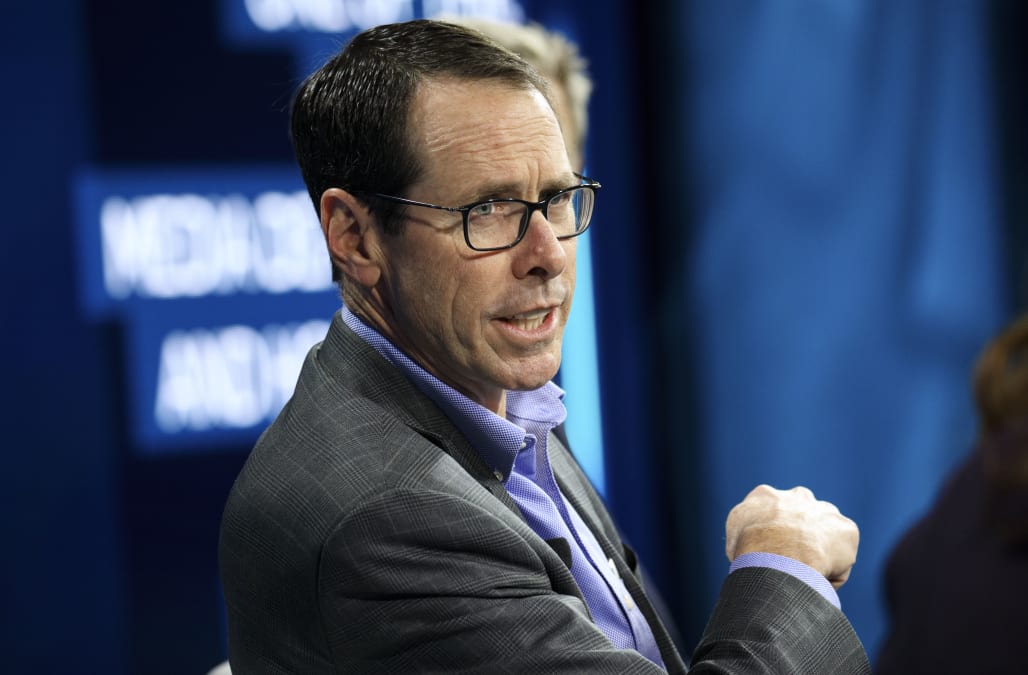 NEW YORK, Jan 12 (Reuters) - AT&T chief executive Randall Stephenson is meeting with Donald Trump on Thursday in New York amid the company's planned merger with Time Warner Inc . a deal that the Republican president-elect has criticized.

A spokeswoman for Trump confirmed the meeting after Stephenson was seen entering Trump Tower. Stephenson declined to answer questions, and representatives for the telecommunications company did not immediately respond to requests for comment.

Shares of AT&T and Time Warner were both trading up less than 1 percent in midmorning trading on New York Stock Exchange.

A source briefed on the matter said Stephenson was holding meetings with the Trump transition team to discuss the company's planned $85.4 billion merger with Time Warner.

During his campaign for the White House, Trump said AT&T's proposal to buy the owner of CNN and the Warner Bros movie studio was an example of a "power structure" that was rigged against him and voters.

A Trump transition official earlier this month told Reuters that the president-elect was still against the deal, which would require antitrust approval from the U.S. Department of Justice.

It could also face a review by the Federal Communications Commission, although the companies are considering ways to structure the deal to avoid that.

Time Warner shareholders will meet on Feb. 15 to decide whether to approve the deal. (Reporting by Laila Kearney, David Shepardson and Diane Bartz; Editing by Franklin Paul and Susan Heavey)