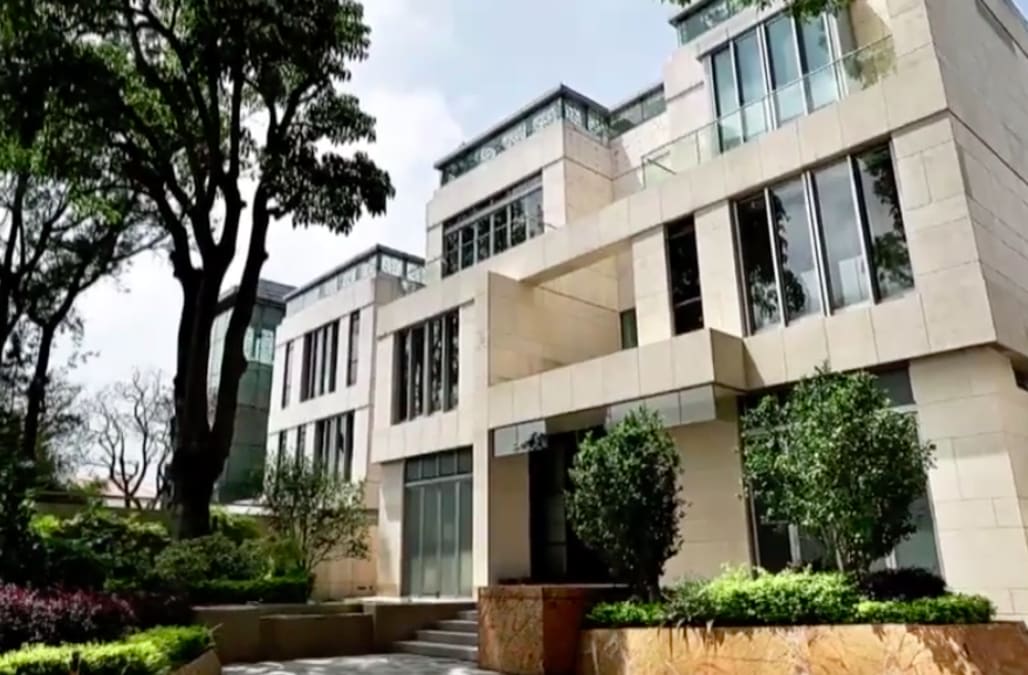 The first blockbuster home sale of 2017 is here, and it's a doozy.

A newly constructed, nearly 8,000-square-foot mansion in the well-heeled Southern District of Hong Kong has found a buyer. The asking price was $670 million HK — nearly $86 million US — though its unclear what the house sold for exactly.

The buyer has not been named. Raymond Ho, the deputy senior director of residential development and investment at real estate firm Savills, which brokered the deal, referred to them as "an experienced buyer from Hong Kong" and told Bloomberg they paid no tax on the sale.

The buyer was reportedly able to use a well-known loophole in Hong Kong law to dodge a property tax in the purchase. Essentially, all that needs to be done to avoid paying tax is to purchase the property through a shell company registered offshore — an already common practice for wealthy buyers purchasing ultra high-end property around the world. In this case, the buyer avoided paying a 15% tax of $100.5 million HK (about $13 million USD), using an LLC with a name similar to the house's address.

The law has contributed to making Hong Kong one of the least affordable cities in the world. In November 2016, its government took steps to change the law by imposing a 15% tax on transactions by people who are not first-time buyers in the area.

Peek inside the wild Utah cliff house
Up Next

NOW WATCH: This bizarre building in Brooklyn is a home for more than 20,000 crickets — here's why

SEE ALSO: A look inside the exclusive Washington, DC, neighborhood where the Trumps and Obamas will live as neighbors

DON'T MISS: 12 warm places you can travel to this winter without worrying about Zika