Trump's proposed border tax will hit these industries the hardest 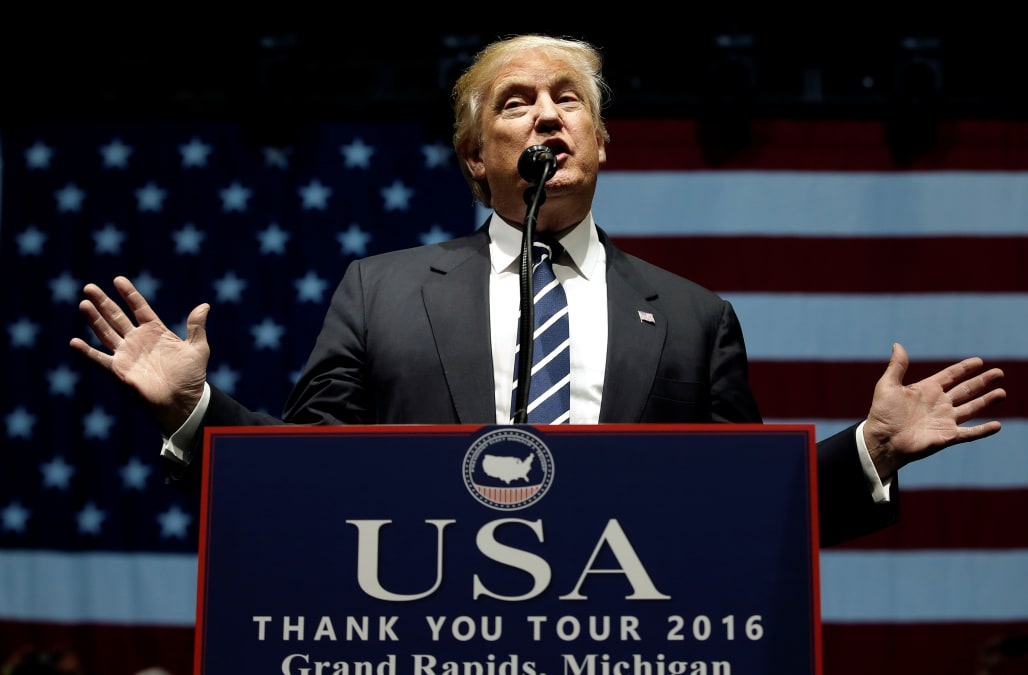 This followed his earlier warnings that US companies would face consequences for making US-sold products abroad. Companies sometimes move production offshore because it's cheaper. In Trump's view, this costs Americans jobs.

One aspect of tax reform that House Republicans have proposed is a border-adjusted tax that would make it more expensive for US companies to bring back their products for domestic sale. The risk, however, is that other countries could retaliate with their own tariffs on US exports.

The potential impact of tax reform including new border taxes is why two of Goldman Sachs' preferred equity strategies include baskets of companies with high tax rates and high domestic sales. "Firms with the highest median effective tax rates for past decade (38%) will benefit from tax reform," said David Kostin, the firm's chief US equity strategist, in a note on Friday. Also, companies that produce mostly in the US face less risk from trade and currency disruptions.

The chart shows which industries face the most and least risk from taxes that would penalize companies for offshoring production, based on the share of domestic supply that's imported. "Apparel retailers have a relatively large proportion of goods that are imported (particularly as they tend to be more vertically integrated)," said Ike Boruchow, a senior analyst at Wells Fargo, in a recent note. "However, the main difference is the high level of domestic sales. Thus, considering the high imports and high domestic sales, this makes apparel retailers one of the groups most at risk in the new tax policy environment."

Off-price retailers like Burlington Coat Factory and Ross Stores are best positioned because they import virtually no goods from abroad, Boruchow said.

More from Business Insider:
UBS: The Trump rally has its risks, but now is not the time to be a contraria
The 10 biggest risks the world faces in 2017
Trump and his top economic adviser have had completely different views on China

DON'T MISS: The 27 most important finance books ever written

SEE ALSO: Want to get ahead on Wall Street? Here's everything you need to know to land your dream job