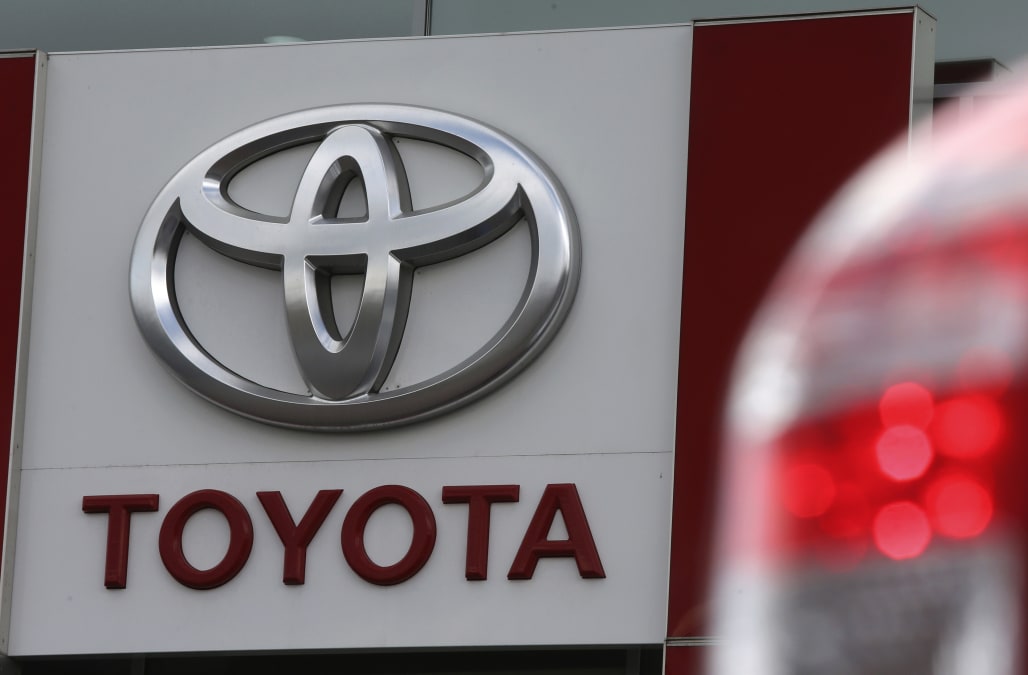 President-elect Donald Trump tweeted his displeasure at carmaker Toyota on Thursday, threatening to impose taxes on the Japanese company if they produce their Corolla model in Mexico.

Immediately following the tweet, shares of Toyota dove slightly into the red, down 0.5% as of 1:27 p.m. ET.

The drop is similar to the falls of Lockheed Martin, Boeing, and General Motors after similar critical tweets from Trump.

Since his election, Trump has been touting his "America First" economic agenda by pushing companies to keep jobs and production in the US. For instance, he managed to persuade United Technologies to keep hundreds of jobs related to the production of its Carrier air conditioners in Indiana by giving the company $7 million in tax incentives.

This is the second time in a week that Trump has gone after an automaker. Trump attacked GM on Tuesday for supposedly moving production of its Cruze model to Mexico despite all US-sold Cruzes being built in Ohio.

Donald Trump's most offensive tweets about Mexico
Throughout his 2016 campaign, Trump offered up some pretty offensive statements about the nation of Mexico and its people...
We have got to get our Marine out of that disgusting Mexican jail. Would be so easy if we had a real leader. One tough phone call & he's out
The Oscars were a great night for Mexico & why not—they are ripping off the US more than almost any other nation.
I have a lawsuit in Mexico’s corrupt court system that I won but so far can’t collect. Don’t do business with Mexico!
The Mexican legal system is corrupt, as is much of Mexico. Pay me the money that is owed me now - and stop sending criminals over our border
I hope the Mexican judge is more honest than the Mexican businessmen who used the court system to avoid paying me the money they owe me.
Mexico's court system corrupt.I want nothing to do with Mexico other than to build an impenetrable WALL and stop them from ripping off U.S.
I love the Mexican people, but Mexico is not our friend. They're killing us at the border and they're killing us on jobs and trade. FIGHT!
Can you envision Jeb Bush or Hillary Clinton negotiating with 'El Chapo', the Mexican drug lord who escaped from prison? ....
El Chapo and the Mexican drug cartels use the border unimpeded like it was a vacuum cleaner, sucking drugs and death right into the U.S.
We must build a great wall between Mexico and the United States! https://t.co/05SjuRJFbf
Up Next

SEE ALSO: TRUMP: 'Obamacare was a lie from the beginning'