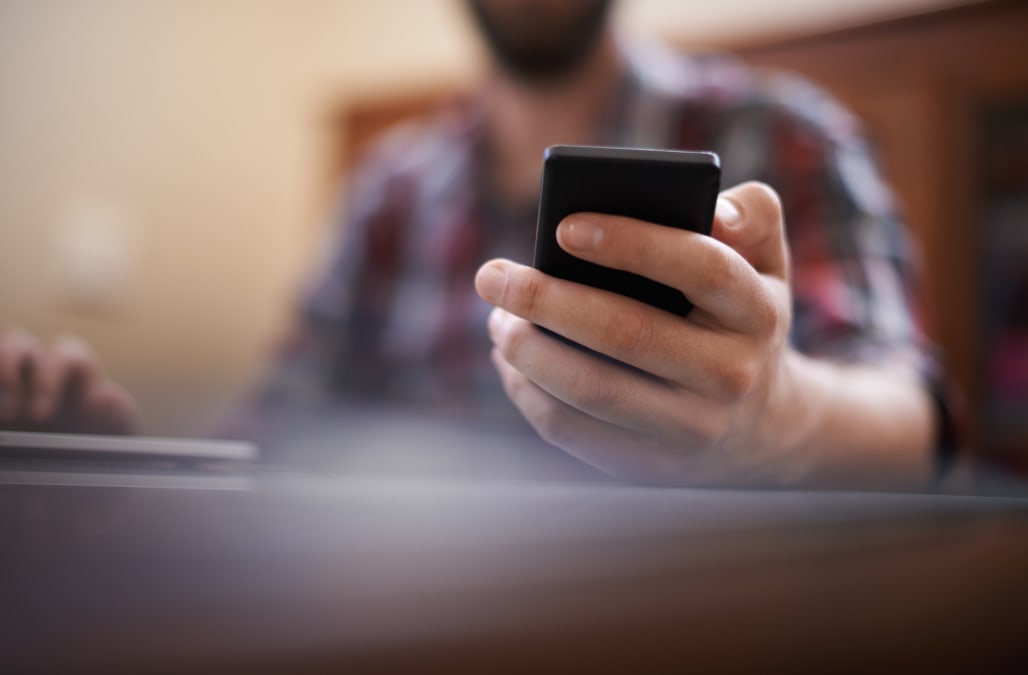 There's plenty of reasons to take a day off from work – a big event, a sick day, a holiday.

We'd also venture to say that the birth of a child falls on that same list of appropriate reasons to miss a work day.

But for Lamar Austin of Concord, New Hampshire it seems as though this didn't ring true as the New Year rang in – Austin was fired by his employer, Salerno Protective Services, for missing his shift in order to attend the birth of his son, Cainan Austin, on January 1.

His wife, Lindsay Austin, went into labor that Friday.

"I didn't want to make it seem like I'm trying to miss work or something. The second day I told my boss, 'My wife is still in labor,' and he just said, 'You're forcing my hand, if you aren't in work by 8 tomorrow we are going to terminate you."

Austin received a text message later that evening form his boss that read:

"As of now, you are terminated."

What's even worse is that the text message came in a group message format, including Austin's number in a group of "other numbers he didn't recognize."

The short answer is technically a 'yes' in the state of New Hampshire.

Since New Hampshire is an "at-will" employment state, employers can fire full-time and part-time employees for virtually any reason they see fit at any time.

"Being shrouded in confidentiality we are unable to comment until all business with Mr. Austin has been concluded. SPS is not in the practice of releasing employees for reasons stated in the article published in the Monitor but must be cognizant of the product we give our clients!"

Austin, however, is keeping an upbeat attitude throughout this situation and choosing not to fight back.

His method of getting through his period of unemployment? His faith:

"It's been tough, but God has always provided for me when I needed it."

RELATED: 13 signs you really need to quit your job

13 signs you really need to quit your job

1. Your boss spends more time managing up, not down.

You know the type: As a leader, she should focus her time and attention on her direct reports, but she spends all her time "following" her boss. It seems like your only job is to contribute to the greater glory -- and advancement -- of your boss.

A great boss knows that if her team succeeds--and each individual on that team succeeds -- then she will succeed too.

You deserve better than to develop your boss's career at the expense of your own.

You deserve better than to spend all your time finding ways to avoid doing things you hate.

3. Your ideas are disregarded or even ignored.

Everyone has ideas. And everyone loves when his or her ideas are taken seriously--and implemented. The feeling that you've contributed in a special way is incredibly gratifying.

But when your boss or company shoots down or even laughs at your ideas, it's not only insulting, it's de-motivating. And pretty soon you stop caring.

You deserve better than to not to care.

4. You never volunteer -- for anything.

Doing more is an opportunity: to learn, to impress, to gain skills, to build new relationships -- to do something more than you would otherwise been able to do.

So if you aren't volunteering for projects, or teams, or to learn a new skill... that means you don't see the point.

You deserve better than to think volunteering is not just a waste of time, it's a burden you can't stand the thought of bearing.

5. You get criticized in public.

We all need constructive feedback. We all need a little nudge. We all need to be told when we can do something better -- and how to do it better.

But we need to be told those things in private.

You deserve better than to walk around wondering when you'll be criticized -- and even humiliated -- in front of other people.

6. You almost never hear the words, "Thank you."

Everyone also needs praise. We all need to know when we do something well (and everyone, even a poor performer, does some things well).

You deserve better than to not be recognized for the contributions you make.

7. You don't feel a real sense of purpose.

You deserve better than to go home every day feeling like you've worked... but you haven't accomplished anything meaningful.

If your boss doesn't occasionally stop for a quick discussion about family, an informal conversation to see if you need any help, or simply to say a kind word, then you're just a cog in a larger machine.

You deserve better than to feel like a small cog in a larger machine.

More From Inc.com: 15 Characteristics That Require Zero Talent and Will Help You Succeed

9. You never wake up excited to go to work.

Every job has its downsides. (I'm willing to bet even Richard Branson has to do a few things he doesn't enjoy.) But every job should also have some fun moments. Or exciting moments. Or challenging moments. Or some aspect that makes you think, "I'm looking forward to doing that."

You deserve better than to have the only think you look forward to be quitting time.

Every job should lead to something: hopefully a promotion, but if not, the opportunity to take on additional responsibilities, learn new things, tackle new challenges. Tomorrow should have the potential to be different--in a good way--from today.

You deserve way better than to live without hope.

If you plan to be an entrepreneur, working for a big company first is one of the best things you can do: It's a risk-free environment where you can meet future colleagues and co-founders. Pick a dozen companies at random and you'll find at least a few that were founded by aspiring entrepreneurs who met as co-workers and went on to launch an awesome business together.

You deserve better than to spend all your time working with people who don't share your hopes, dreams, and passions.

12. You're convinced you don't have other options.

That's the best reason of all to quit your job. I know what you're thinking: "I make too much in my current job; I'll never find something comparable." Or, "There just aren't any jobs where I live." Or, "I've put too much time into this company (or career or industry)."

Or, "I don't have what it takes to start my own business."

All those things are true -- if you let them be true.

You just have to believe--and trust that your creativity, perseverance, and effort will take you to new, happier, and more fulfilling places. Thousands of people start their own businesses ever year. The only difference between you and them? They decided to take the chance. They decided to bet on themselves.

You can too. You deserve better than staying where you are and not doing everything possible to live a better life.

13. You're tired of having your future capped.

Work for a salary and no matter how well you perform, you can only make that salary. Work for someone else and you can only earn what it's decided you're "worth."

More From Inc.com: Women Entrepreneurs Want to Put Purpose Into Profit. Here's What They Need to Do It

Work for yourself and your earnings are only limited by your creativity, drive, perseverance, and talent.

Money isn't everything -- but if you have to work, don't you want that work to pay off to the greatest extent possible? You deserve better than having your financial future determined by other people.

Go out and find out what you're really worth -- both financially and in your ability to make a difference in other people's lives.

More on AOL.com:
How to quit a job when your boss is a psychopath
9 common FAQs for job seekers
Twitter's top exec in China just resigned after only eight months on the job