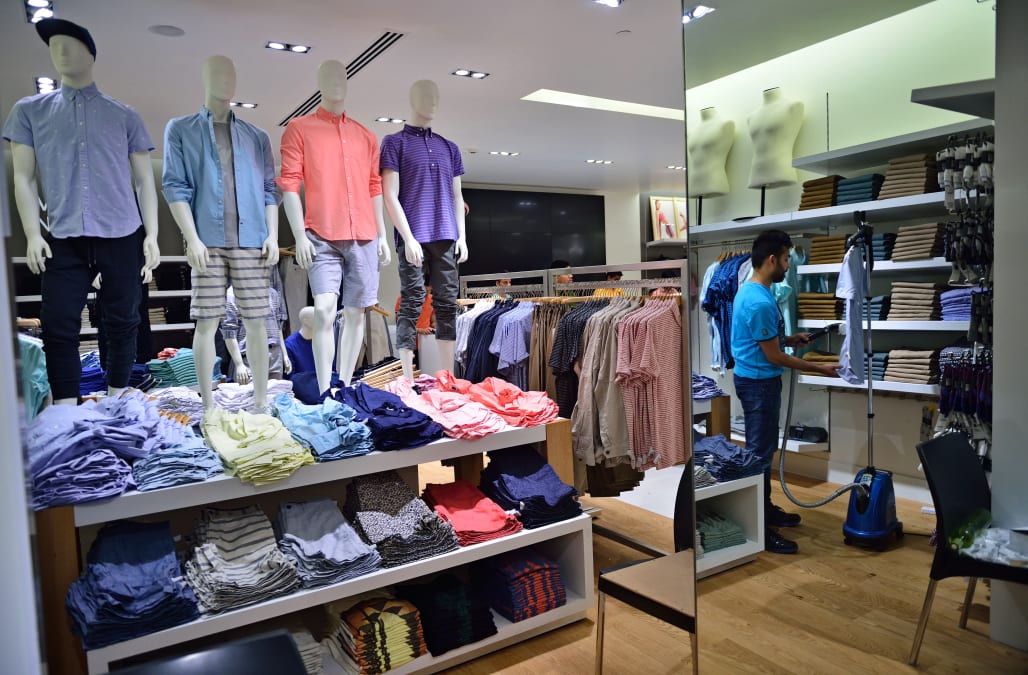 Gap brought investors some good news at the end of a rough day for the retail industry.

The clothing retailer reported holiday sales results that were better than analysts expected and raised its guidance for full-year profits.

Comparable store sales — at Gap locations open for at least one year — increased by 4% year-on-year in December. Analysts had forecast a drop by 1.7%.

"We're pleased with the improved momentum we saw over the holiday season, driven primarily by a positive customer response at Gap and Old Navy, CFO Sabrina Simmons said in a statement. "Based on these results, we now expect full-year adjusted earnings per share to be modestly above the high end of our previous adjusted guidance range of $1.92."

Gap shares jumped by as much as 10% in after-hours trading. They closed regular trading down 4%, selling off with other department-store stocks, after Macy's and Kohl's lowered their guidance for profits this year on Wednesday. Traditional retailers are struggling to rely less on deep discounts to attract customers, and they face steep competition from online-focused stores.

Gap's sales results came a day before the December jobs report, which could show that retail hiring slowed during the crucial holiday shopping season. Theretail industry accounted for just 41.4% of hiring announcements from September through December, the lowest share since 2009. And in November, retail-industry hiring fell for the first November in six years, partly reflecting the pressures it faced from the rise of online shopping.