What to do if you spent too much on Christmas 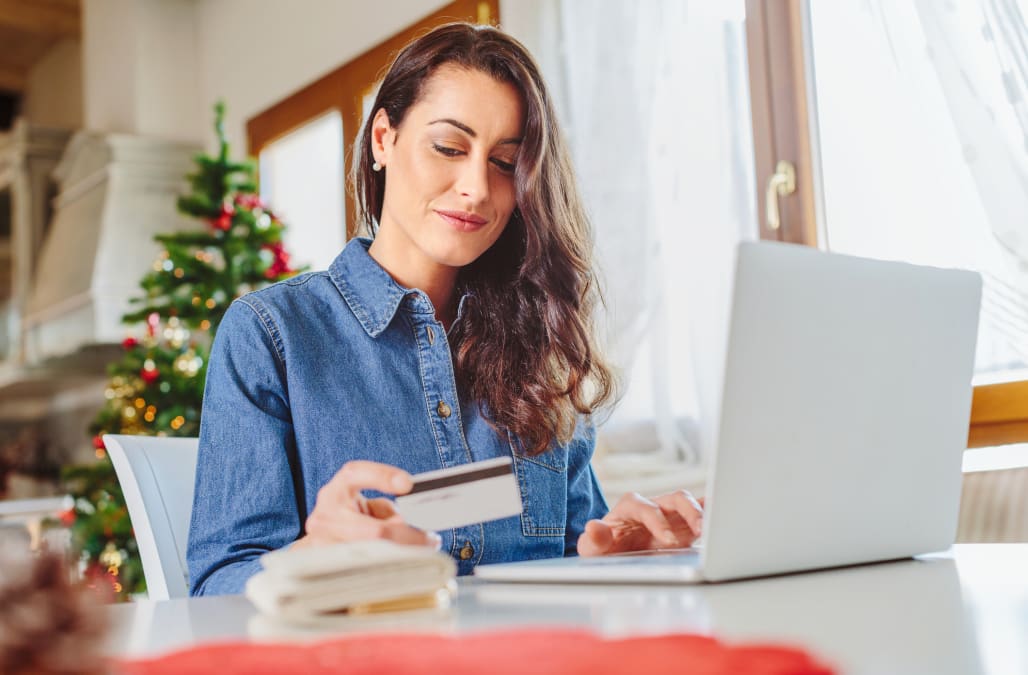 Did you spend too much on Christmas?

Now that the holiday spirit is dwindling as we turn the page on another calendar month, chances are you're starting to regret buying way too many presents and spending way too much money on who-knows-what.

As with anyone who blows their holiday budget, it's common to feel some regret come January.

The good news is it's okay, and you can get right back on track. Think about when you get lost. Do you keep driving the wrong way? Of course not! You stop and ask for directions, or these days, you find your cell phone signal and confirm Siri is sending you the right way.

Think about when you get lost. Do you keep driving the wrong way? Of course not! You stop and ask for directions, or these days, you find your cell phone signal and confirm Siri is sending you the right way.

It's the same with your budget. There will always be setbacks, but it's how you respond to them that will determine if you are able to really take control of your finances.

If you spent too much at Christmas this year, don't worry. Instead, prepare yourself with a plan of attack. Here are a few ways to get back on track with your budget.

Here are a few ways to get back on track with your budget.

Pay Off What You Can

You overspent. Now you have to feel the consequences. It's not comfortable, it doesn't feel good, and it's SO much more fun to spend, spend, spend rather than pinch, pinch, pinch.

But just like someone who is trying to lose weight, you can't keep overeating and reach your goal. Sometimes you go overboard and indulge at the dinner table so you have to force yourself to be conscious of how much you eat the next day. Same case here. Limit your spending to allow you to put more toward your debt.

Plan Ahead for Next Year

Because the holiday season only lasts for a month, the potential damage you committed to your budget is most likely minimal. Yes, you'll feel the pain in January, but you'll most likely be able to get back on track by March.

Unfortunately, if you want to get serious about your finances, devoting the first quarter of the year to paying off the holidays is not exactly the smartest thing to do every year. So learn from your mistakes and figure out how to prevent this from happening in the future.

And how do you do that? Set up a special holiday savings account where you commit to putting in $25 a week, or $50 every paycheck, to help you have a nice sizable holiday spending account. Come next Christmas, you'll be prepared and won't have to worry about going in the red.

Related: Be careful of these

9 spending habits that are making you broke

One of the biggest spending triggers is stress, said Cullen Hardy, a clinical psychologist and owner of business consulting firm The Hardy Group. “Human beings hate feeling stressed and love quick relief,” he said. “Spending can give that feeling of quick relief.”

The end of a relationship or other emotional event can trigger people to spend money, said Bruce D. Sanders, a consumer psychologist and author of “Sell Well.” A little retail therapy isn’t necessarily a bad thing because it can make you feel better, he said.

But you need to be careful about how often you’re dealing with your emotions this way so it doesn’t result in overspending and racking up debt.

You might think you left your days of succumbing to peer pressure behind in middle school. But the desire to keep up with others can spur spending in adulthood.

A recent study by Stanford professor Pedro Gardete published in the Journal of Marketing Research found that social influence can lead people to spend more. By studying purchases made during flights, he found that airline passengers were 30 percent more likely to buy something if the person sitting next to them did.

Spending to keep up with others can be even more pronounced in elite social groups when people are buying expensive items, Sanders said. Problems arise when people spend more than they earn and go into debt to maintain a certain lifestyle. So before you make a purchase, ask yourself whether it’s something you actually want or something you want to impress others.

Find Out: 10 Ways the Wealthy De-Stress

Americans have $712 billion in credit card debt, according to the latest figures from the Federal Reserve Bank of New York. That figure makes it hard to argue that there isn’t a link between credit card use and overspending.

But can using a credit card trigger you to spend more than you otherwise would? A study by two MIT professors found that customers are willing to pay more for the same item when using credit rather than cash. The reason this likely happens is because they don’t feel the pain of parting with cash.

So before you pull out your card to pay, ask yourself whether you’d be willing to pay the same price with cash. And only charge what you can afford to pay off each month.

Your social media use might not just be gobbling up your spare time or distracting you from work. It could be leading you to overspend.

A study published in the Journal of Consumer Research found that people tend to display less self-control after browsing a social network. And the more often people used Facebook, the greater their credit card debt was. Be aware of urges to spend after using social media and consider purchases carefully.

See: 5 Signs You Have a Spending Problem

Many people try to buy love, said relationship expert April Masini. So when they see something for sale that will make a person they’re trying to win over happy, they buy.

“The purchase is not really about the item at hand,” she said. “It’s about pleasing someone else and getting a positive, loving reaction in return.”

When people buy to please others, they tend to overspend because they’re not thinking about their finances, Masini said. They’re buying to get a feeling, and their finances suffer as a result.

Their relationship could also suffer. A GOBankingRates’ survey found that overspending was the biggest financial deal breaker in a relationship.

Retailers use a variety of tactics to get consumers to spend. Being aware of these tricks before you go shopping might help limit their effect and help you avoid buying things you weren’t planning on purchasing.

For example, bright colors and animation can get the attention of shoppers and trigger greater activity in areas of the brain associated with impulsive thinking, Sanders said. Fragrance in a store — such as cinnamon during the Christmas season — can stimulate purchasing. And if a sales person demonstrates how an item works, it can create a feeling of friendship and an obligation to make a purchase, he said.

To discretely increase the number of items in your online shopping cart, stores will offer incentives such as free shipping if your purchase total hits a certain price point, said Mike Catania, founder of coupon and promotional code site PromotionCode.org. As a result, consumers buy more to get the freebie.

Retailers also use words such as “expires soon” to create a fear of missing out on a deal and spur buying. It exploits the resource-hoarding part of the brain and prompts consumers to ask,”If I miss this opportunity, will it present itself again?” Catania said.

In addition to being aware of these tactics, Catania also recommended giving yourself some cooling off time before buying things. “If you still want them just as bad the next day, then buy them,” he said. “But odds are you won’t.”

It’s common for people to spend more than they expected to for special occasions and holidays. For example, a GOBankingRates’ survey of bridesmaids and groomsmen said their spending for wedding-related duties exceeded their expectations by 32 percent and 28 percent, respectively.

Overspending on one event likely won’t lead to financial ruin. But if you’re exceeding your budget regularly on occasions and holidays, you could find yourself racking up debt or sacrificing savings to cover costs. A survey by SunTrust Banks found that 46 percent of Americans felt pressure to spend more than they could afford during the holidays in 2015.

To avoid overspending on holidays and hurting your finances, set a budget for each special event and start setting aside money each month in savings so you’ll have cash to cover costs. Don’t spend any more than the cash you’ve saved.

At the extreme end of emotional and psychological triggers that lead to overspending is compulsive buying disorder. A small percentage of the population can’t bring themselves to stop making needless purchases and end up in deep financial trouble as a result, Sanders said.

Compulsive buying can be so serious that people can’t feed their families because they’re so far in debt, he said. This sort of problem requires mental health help.