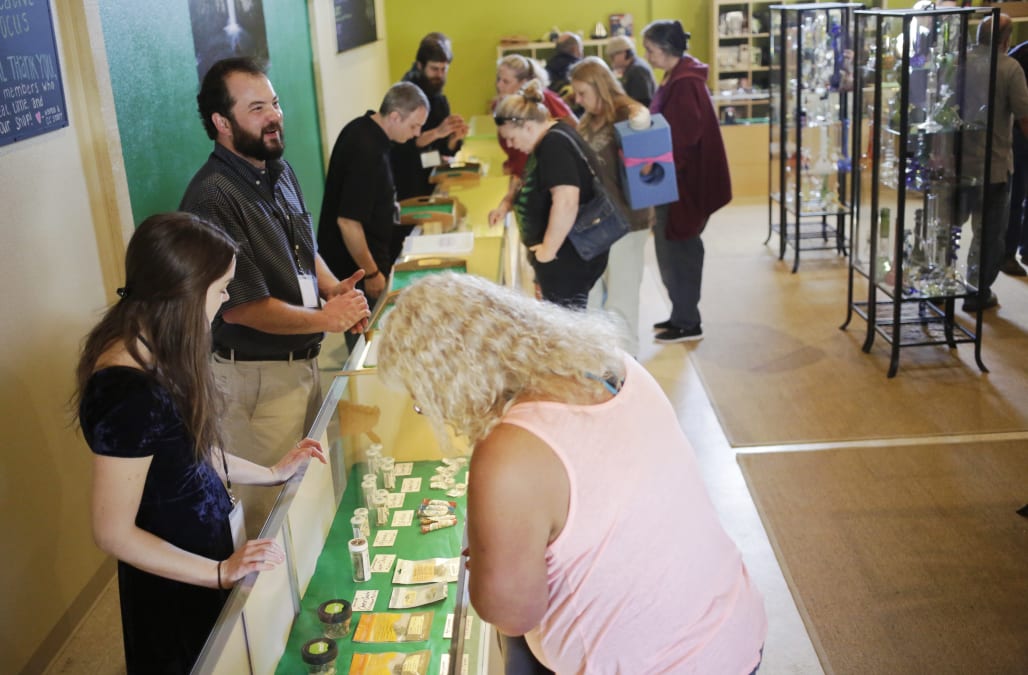 The North American marijuana market posted $6.7 billion in revenue in 2016, up 30% from the year prior, according to a new report from Arcview Market Research, a leading publisher of cannabis market research.

The so-called "green rush" shows no sign of slowing down.

Arcview projects sales will grow at a compound annual growth rate of 25% through 2021, when the North American market is expected to top $20.2 billion.

"The only consumer industry categories I've seen reach $5 billion in annual spending and then post anything like 25% compound annual growth in the next five years are cable television (19%) in the 1990s and the broadband internet (29%) in the 2000s," said Tom Adams, editor-in-chief of Arcview Market Research, in a statement.

See the marijuana laws by state:

Adams, who recently joined Arcview after a long stint as a market researcher, says the booming cannabis industry reminds him of a time when dial-up internet gave way to broadband, which delivered faster, "always on" internet access.

The number of Americans with broadband internet access jumped from 3% in 2000 — when about half of US adults were online — to 66% in 2010, according to the Pew Research Center.

"What broadband changed for the internet was a kind of remarkable parallel to legalization for cannabis," Adams tells Business Insider. "We saw what had been a $5 billion industry — like this one — in North America take off at that point on new growth spurts."

In the case of the cannabis boom, Arcview's CEO Troy Dayton credits legalization with reeling in the stigma against the plant and bringing new users to the market. In Colorado, Washington, and Oregon, where recreational use was legal before 2016, consumer spending on cannabis was up 62% between 2015 and September 2016, according to Arcview.

It's been a big year for legalizing weed. Seven US states legalized cannabis in some form on Election Day. California, the sixth largest economy in the world, became the biggest domino to fall with the passage of Proposition 64. Much of the West Coast is now a legal enclave for recreational pot.

Dayton says the sudden popularity of alternative ingestion methods, such as weed-laced topicals, sprays, and edibles, also fueled growth. Consumers who would never smoke a joint are finding relief in other products, which offer a wide array of taste, strength, and experience.

While the green business could achieve 25% growth year-over-year through 2021, as new recreational markets come online, Adams says legal weed is never going to be as big as the multi-billion dollar internet access market. But their sustained growth rates are comparable.

The pair predicts a great number of countries will legalize pot in the next 10 to 15 years.

"So when you look at the global market, the world has never seen something that will have such consistent growth over such a long period of time as the cannabis industry," Dayton says.

NOW WATCH: This is how long drugs actually stay in your system

See Also:
Mariah Carey's manager: What really went wrong at the disastrous New Year's Eve show
It's official: A brand-new human organ has been classified
A coffee expert shares the 6 things every coffee drinker should have

SEE ALSO: Marijuana can be covered in pesticides, fungi, and mold — even if it's legal