How to quit a job when your boss is a psychopath 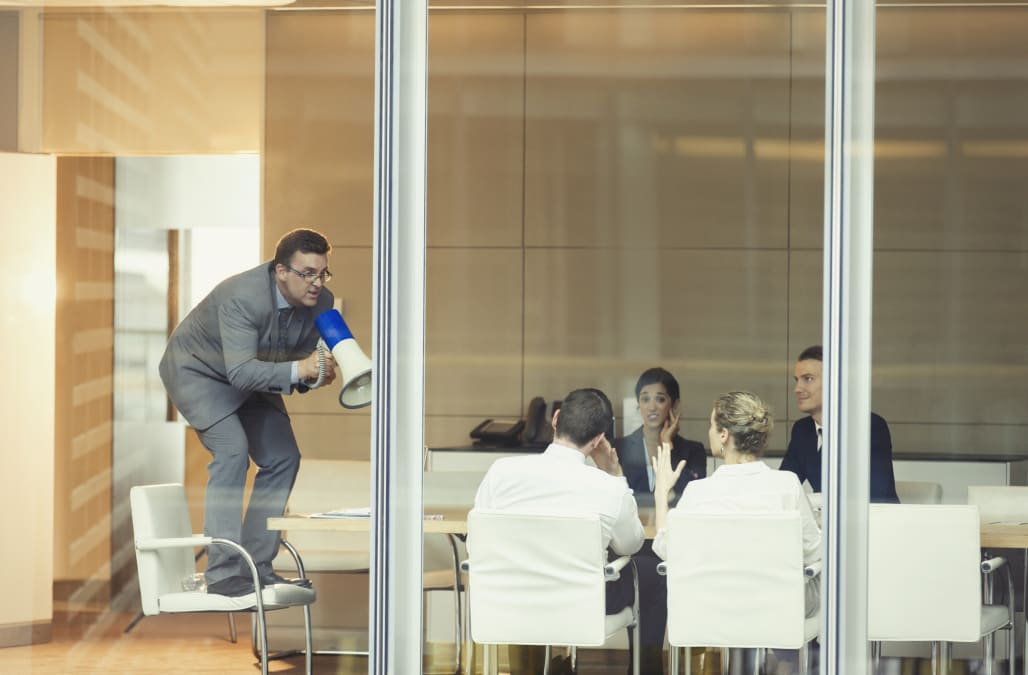 Quitting your job is awkward and stressful. It becomes even more so when you are afraid your boss is a psychopath. Abusive relationships can be hard to get away from whether in your personal life or at work. I was in an abusive relationship with my boss and was forced to stay in it until I found a new job.

I was verbally abused, kidnapped against my will in his car while he drove like a maniac, stalked online, and perpetually threatened with my job.

Then there was the time he told me a story about when he got in a bar fight, crushed someone's eye socket with a beer bottle, and got away before the cops arrived! It was at that moment that I realized that he could be dangerous.

Today, I am going to tell the story of how I quit the company and went face to face with the man I feared. I will include a few suggestions in case you too find yourself in a similar situation of having to hand in your resignation to a boss that is a psychopath.

Make Sure There is a Witness

I alerted one of my coworkers of my intention to quit and asked him to be there in the morning when I resigned. I wanted an extra set of eyes and ears there, just in case.

Do Not Say Anything to Escalate the Situation

When I quit, it sent my boss into a rage. He started peppering me with insults. My blood began to boil as well! There were so many things that I wanted to say to him at that moment. However, had I done so, there would have been a major confrontation that would not have ended well.

Have a Clear Path to the Exit

My boss cornered me in my office as I was packing up my stuff. I wanted to have everything ready to go before resigning. He wasn't willing to let me get out the door without stomping on my dignity. Needless to say, having to walk around him to get out the door was more than a bit awkward.

Knowing his violent past and seeing the reaction he had when I told him I was quitting, I'm just glad he didn't sucker-punch me or gouge me with the stapler on my way out the door.

Record the Conversation on Your Mobile

There are several mobile apps that will record a live conversation. U.S. federal law allows you to record an in-person conversation without the other party knowing per the "one-party consent" law.

I recorded the conversation I had with my ex-boss just in case I ever needed it as evidence.

If you want to avoid the type of confrontation I had, consider submitting your resignation directly to HR. If the office you work at does not have an HR representative present, call them over the phone. There is no rule that says you owe your abusive boss an explanation in person. Then, arrange to pick up your stuff when your boss is not there.

My exit from this company was not classy or professional, and it was far from my normal way of conducting business. However, when you're submitting your resignation to a boss that you think may be a psychopath, getting out of the office unscathed becomes your number one priority.

Speaking from experience, the feeling of getting out an abusive relationship with your boss is truly liberating. I can honestly say that driving out of the parking lot that day for the last time, knowing I was moving on, was one of the most gratifying moments in my career.

RELATED: 13 signs you really need to quit your job

13 signs you really need to quit your job

1. Your boss spends more time managing up, not down.

You know the type: As a leader, she should focus her time and attention on her direct reports, but she spends all her time "following" her boss. It seems like your only job is to contribute to the greater glory -- and advancement -- of your boss.

A great boss knows that if her team succeeds--and each individual on that team succeeds -- then she will succeed too.

You deserve better than to develop your boss's career at the expense of your own.

You deserve better than to spend all your time finding ways to avoid doing things you hate.

3. Your ideas are disregarded or even ignored.

Everyone has ideas. And everyone loves when his or her ideas are taken seriously--and implemented. The feeling that you've contributed in a special way is incredibly gratifying.

But when your boss or company shoots down or even laughs at your ideas, it's not only insulting, it's de-motivating. And pretty soon you stop caring.

You deserve better than to not to care.

4. You never volunteer -- for anything.

Doing more is an opportunity: to learn, to impress, to gain skills, to build new relationships -- to do something more than you would otherwise been able to do.

So if you aren't volunteering for projects, or teams, or to learn a new skill... that means you don't see the point.

You deserve better than to think volunteering is not just a waste of time, it's a burden you can't stand the thought of bearing.

5. You get criticized in public.

We all need constructive feedback. We all need a little nudge. We all need to be told when we can do something better -- and how to do it better.

But we need to be told those things in private.

You deserve better than to walk around wondering when you'll be criticized -- and even humiliated -- in front of other people.

6. You almost never hear the words, "Thank you."

Everyone also needs praise. We all need to know when we do something well (and everyone, even a poor performer, does some things well).

You deserve better than to not be recognized for the contributions you make.

7. You don't feel a real sense of purpose.

You deserve better than to go home every day feeling like you've worked... but you haven't accomplished anything meaningful.

If your boss doesn't occasionally stop for a quick discussion about family, an informal conversation to see if you need any help, or simply to say a kind word, then you're just a cog in a larger machine.

You deserve better than to feel like a small cog in a larger machine.

More From Inc.com: 15 Characteristics That Require Zero Talent and Will Help You Succeed

9. You never wake up excited to go to work.

Every job has its downsides. (I'm willing to bet even Richard Branson has to do a few things he doesn't enjoy.) But every job should also have some fun moments. Or exciting moments. Or challenging moments. Or some aspect that makes you think, "I'm looking forward to doing that."

You deserve better than to have the only think you look forward to be quitting time.

Every job should lead to something: hopefully a promotion, but if not, the opportunity to take on additional responsibilities, learn new things, tackle new challenges. Tomorrow should have the potential to be different--in a good way--from today.

You deserve way better than to live without hope.

If you plan to be an entrepreneur, working for a big company first is one of the best things you can do: It's a risk-free environment where you can meet future colleagues and co-founders. Pick a dozen companies at random and you'll find at least a few that were founded by aspiring entrepreneurs who met as co-workers and went on to launch an awesome business together.

You deserve better than to spend all your time working with people who don't share your hopes, dreams, and passions.

12. You're convinced you don't have other options.

That's the best reason of all to quit your job. I know what you're thinking: "I make too much in my current job; I'll never find something comparable." Or, "There just aren't any jobs where I live." Or, "I've put too much time into this company (or career or industry)."

Or, "I don't have what it takes to start my own business."

All those things are true -- if you let them be true.

You just have to believe--and trust that your creativity, perseverance, and effort will take you to new, happier, and more fulfilling places. Thousands of people start their own businesses ever year. The only difference between you and them? They decided to take the chance. They decided to bet on themselves.

You can too. You deserve better than staying where you are and not doing everything possible to live a better life.

13. You're tired of having your future capped.

Work for a salary and no matter how well you perform, you can only make that salary. Work for someone else and you can only earn what it's decided you're "worth."

More From Inc.com: Women Entrepreneurs Want to Put Purpose Into Profit. Here's What They Need to Do It

Work for yourself and your earnings are only limited by your creativity, drive, perseverance, and talent.

Money isn't everything -- but if you have to work, don't you want that work to pay off to the greatest extent possible? You deserve better than having your financial future determined by other people.

Go out and find out what you're really worth -- both financially and in your ability to make a difference in other people's lives.

More on Inc.com:
Tired of Typos in Tweets? Twitter's CEO Hints at an Edit Button
Here Are the Top 7 Reasons People Get Fired (Are You Guilty of Any of Them?)
Want to Be a Better Dad in 2017? Science Says to Do This