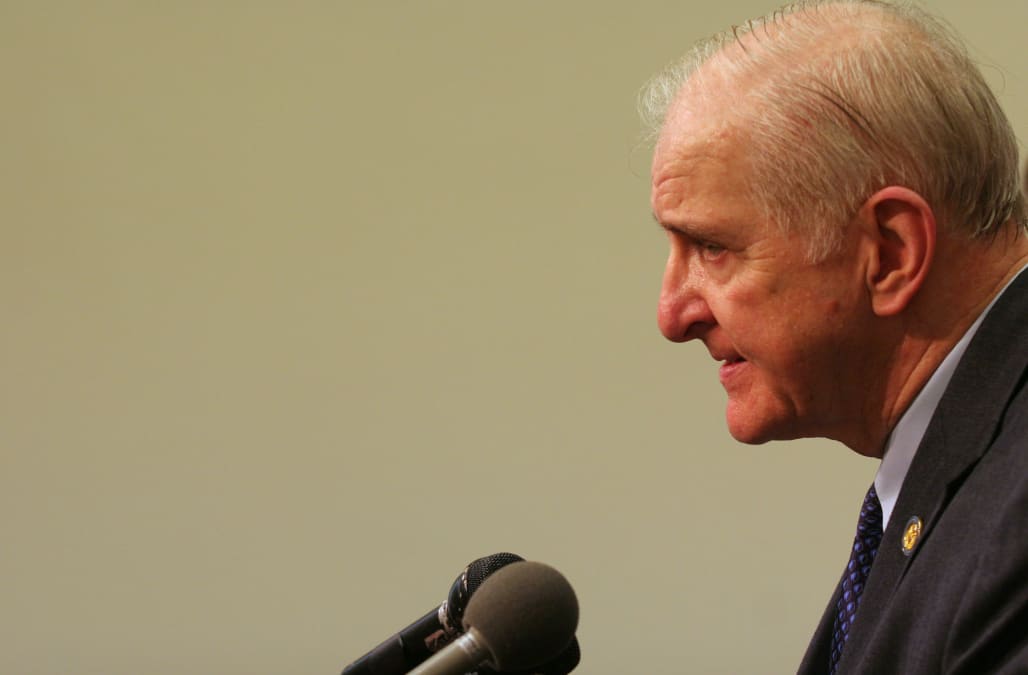 For many working Americans, Social Security is a program that's probably out of sight and out of mind. For those on the doorstep of retirement or currently retired, Social Security is more likely than not a vital income source that helps them make ends meet.

Unfortunately, the program that retired workers have come to lean on so heavily during retirement could soon fail them. Currently, Social Security is bringing in more revenue than it pays out annually, and the program has more than $2.8 trillion in spare cash. However, beginning in the year 2020, the program's cash inflow will turn into a cash outflow, which owes primarily to two reasons: 1) The beneficiary base is rapidly growing as baby boomers leave the workforce en masse, and 2) Americans are living longer than ever before. The Social Security Board of Trustees is forecasting that, by 2034, Social Security's spare cash will be all gone.

Now here's the good news: Social Security can't go bankrupt. In 2015, more than 86% of the $920 billion the program generated in revenue came from payroll taxes levied against working Americans. As long as people keep working, Social Security will continue to generate revenue that it can dole out to qualified beneficiaries. But this doesn't mean benefits won't fall in the future. The latest Trustees report suggests that benefit cuts of up to 21% may be needed across the board to sustain this all-important social program through 2090. If you're among the majority of pre-retirees or current retirees who are leaning heavily on Social Security, this is a terrifying proposition.

Reforms need to be made to Social Security to keep the program as healthy as possible for future generations. While more than a dozen possible fixes have been proposed (some of which resolve a portion of the budgetary shortfall), Congress has been unable to agree upon a solution.

Last month the Republican chairman of the Ways and Means Social Security subcommittee, Rep. Sam Johnson (R-Texas), laid out his encompassing plan to "save Social Security," which included more than a half-dozen talking points. While I'd encourage you to read up on the plan in more detail, here's the meat and potatoes of what Johnson's Social Security reform calls for:

As you might have imagined, the Republican proposal has received harsh criticism. For instance, raising the retirement age reduces payouts for all Social Security recipients based on where the full retirement age stands now. The Chained CPI also grows at a slower rate than the CPI-W, suggesting that retired workers would see smaller benefit raises in the future than they're receiving now.

Yet putting aside these negatives, the sweeping reforms suggested by Republicans could be just what Social Security needs.

To begin with, raising the retirement age, while certainly a touchy subject, is probably a smart move for the program over the long run. The architects of Social Security never envisioned Americans living to nearly 79 years of age, on average, when the bill became law in 1935. Over just the past 50 years, we've witnessed life expectancies increase by roughly nine years, according to data from the Centers for Disease Control and Prevention. Increasing the retirement age gradually to 69 years would encourage healthier adults to work longer, adding more payroll tax revenue to the program while presumably also reducing the number of years the program will be making benefit payments to retirees. In simpler terms, it would update the program to reflect longer life expectancies, and that could be a good thing.

Eliminating the taxation of benefits would remove what amounted to a little more than 3% of Social Security's revenue in 2015. However, it could also have a profound effect on lower- and middle-income elderly Americans.

The amendment that implemented a federal tax on Social Security benefits went into effect in 1983. Here's the kicker: Congress hasn't adjusted the tax thresholds for inflation over the past 33 years. Thus the annual income thresholds of $25,000 for individuals and $32,000 for joint filers are the same today as they were in 1983, and therefore 56% of Social Security recipients were forced to pay tax on a percentage of their benefits in 2015 compared to about 10% of beneficiaries in 1983. Eliminating this tax would be a major relief for those lower- and middle-income seniors who are earning $25,000-$40,000 annually in retirement but are forced to hand over money to Uncle Sam that they could sorely use.

Ultimately, the Republican solution to Social Security would give the program some tough but necessary TLC. Raising the retirement age and using the Chained CPI could reduce benefits for some seniors over the long run, but it would also encourage working Americans to save more money and be less reliant on Social Security income during retirement. Remember: The Social Security Administration has suggested that your benefits are only designed to replace about 40% of your working wages. Leaning on Social Security for any more than that simply isn't prudent. These reforms could also encourage people to work longer, providing valuable payroll tax revenue to the program.

The Republican reforms may not be perfect, but they could be exactly what Social Security needs right now.

Sean Williams has no material interest in any companies mentioned in this article. You can follow him on CAPS under the screen name TMFUltraLong, and check him out on Twitter, where he goes by the handle @TMFUltraLong.

The Motley Fool has no position in any of the stocks mentioned. Try any of our Foolish newsletter services free for 30 days. We Fools may not all hold the same opinions, but we all believe that considering a diverse range of insights makes us better investors. The Motley Fool has a disclosure policy.