5 methods I used to keep my new year's resolution 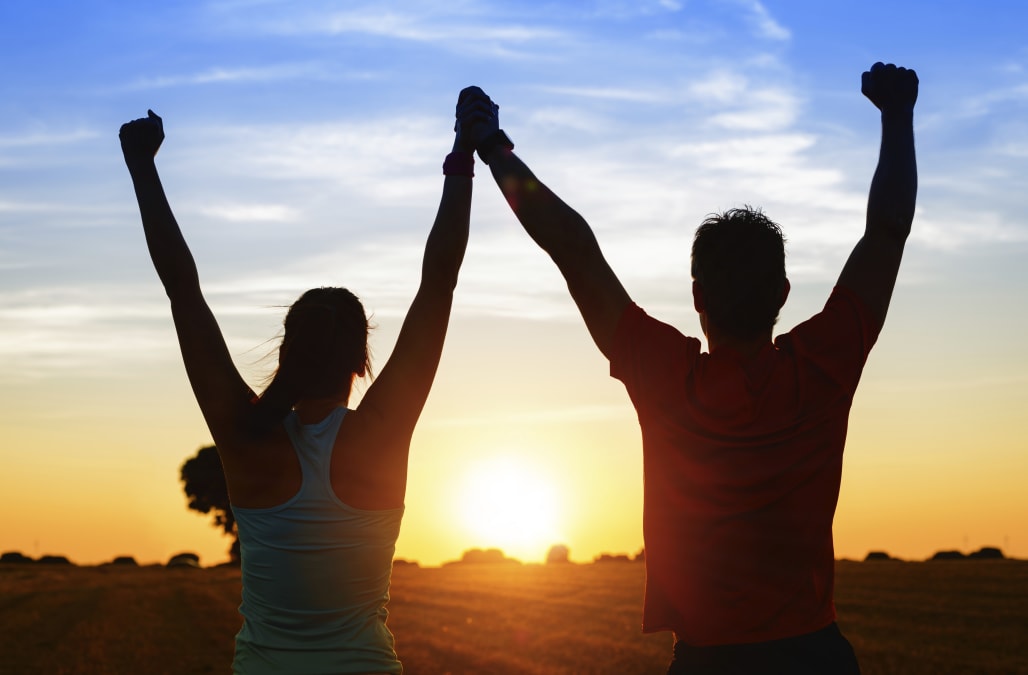 You don't need a special day to change your habits and come up with goals. But January 1st is as good a day as any.

For a long time, I was terrible at setting New Year's resolutions, though. They consistently failed because I either got bored with them or I was overwhelmed by them. This year, I took a different approach. I thought about why past resolutions failed, spent time troubleshooting, and focused on one simple goal: spend less money on restaurants.

Last year, my average monthly restaurant spending was $600. In 2016, we spent an average of $400 a month. Of course, some of the savings were offset by extra grocery spending, but overall, I still saved about $2,000. That's $2,000 I could invest or spend on a trip to Hawaii or use toward a home office remodel. Here are five methods I used to make it happen. 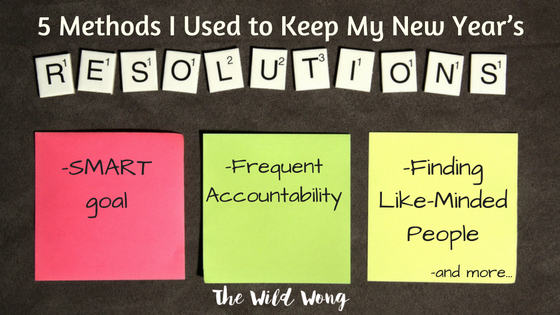 I Made a "SMART" Goal

Last December, I reviewed my budget and was gobsmacked at how much I was spending every month on restaurants. So I made a goal: spend less on dining out and save more money instead.

This goal to "spend less" didn't offer any direction. It didn't tell me how much I wanted to cut back or how I planned to go about it. To remedy this, I made my goal a SMART one (specific, measurable, attainable, realistic, and time-based).

Once I "smartified" my goal, I knew exactly where to start, how much to start with, and when the cutoff date was. It also helped to break the goal up into smaller, monthly milestones. This way, it was more present, actionable, and realistic.

I Made the Goal Matter

My goal to save more money was nice and all but, then again, money is just a tool. Money itself is not the goal, so what did I want to do with this extra $200 a month? The answer: travel.

Like most people, I have a handful of places on my bucket list–Iceland, New Zealand, the Galapagos–but I won't actually get there if I don't buy the flights, book the rooms, and come up with a plan. This gets expensive. An extra $2,000 could go a long way toward funding a trip or two.

To make my goal more attainable, I made it matter: Spend $200 less every month on restaurants so you can save up for a trip to the Galapagos in 2017. It's a lot easier to cut back on something you like knowing you'll use the money on something you love.

Accountability helped, too. I got to work with Fidelity this year and they asked if I could share my New Year's resolution publicly. This meant I had to check in every few months to report my progress via Periscope. Obviously, I wanted to report success, not failure. These regular accountability check-ins lingered in the back of my mind throughout the year, encouraging me to be more mindful about my restaurant habit.

It wasn't just the video audience, though. I also told friends and family members about my goal to spend less on restaurants and save more money. This way, they could remind me about it when I was slipping. If we had food at home, for example, and I'd suggest just going out, my husband would chime in with, "Aren't we supposed to be cutting back?"

It was annoying, but it helped.

If you want to change a habit, it helps to understand that habit. Part of the reason I dine out so much is that, frankly, I love food. When a waiter brings me a hot plate of buttery, savory chicken makhani, I lose it. I clap and smile like a baby seeing a pair of keys for the first time. To me, a meal that makes you applaud at the table is worth every penny.

To fix this, I learned to plan meals better. I actually really enjoy cooking as a hobby, I just don't make time for it. I also don't plan meals, so I usually end up with a bunch of random ingredients that go to waste.

This year, I devoted more time to cooking, both as a hobby and a means to an end. I looked for things to do with friends that didn't revolve around eating. Bike rides. Walks. Museums. For the most part, I've now reserved restaurant meals as a treat rather than a habit. As a result, I appreciate them more.

This year, I also hosted twelve monthly challenges at Lifehacker. It was a lot of fun! Selfishly, I kicked the year off with a "no restaurant spending" month. It ended up being our most popular challenge, though. I think a lot of other people spend mindlessly on restaurants, too.

I was even more motivated to stick with my goal when it was a team effort. Yes, there was the accountability factor, but it also helped to know I wasn't the only one trying to break a bad habit. We all worked together, in a way.

There are plenty of other ways to maintain a New Year's resolution, or any goal, for that matter. For me, these five habits helped more than anything. Readers, what are your 2017 resolutions? What methods helped you stick with past resolutions and goals?

The post 5 Methods I Used to Keep My New Year's Resolution appeared first on The Wild Wong.

Financial New Year's resolutions
Up Next

More from The Wild Wong:
Buying a House Is Overrated. Here’s Why I Did It Anyway.
How Cognitive Closure Affects Your Decision Making
The Power of Gratitude